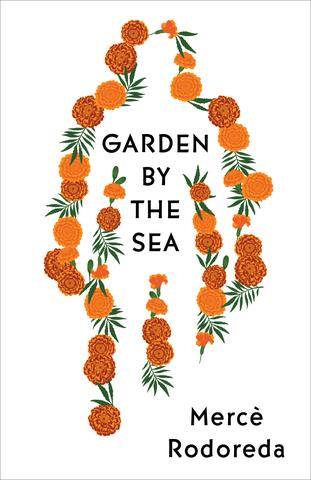 The following is an excerpt from Mercè Rodoreda's novel Garden By The Sea, newly translated by Maruxa Relaño and Martha Tennent. Mercè Rodoreda is widely regarded as the most important Catalan writer of the twentieth century, and Garden By the Sea is the second Rodoreda novel to be translated by the mother-daughter team of Maruxa Relaño and Martha Tennent.

The second summer they all arrived at the same time. The first thing I learned was that Senyoreta Rosamaria had lost the child on Three Kings’ Day, the Feast of the Epiphany, and even though several months had passed she was still very pale. The ladies of the house spent their afternoons conversing together. Feliu continued to paint, but his seas were wilder now, as if he had grown angrier at the canvas, and the globs of paint were such that it looked like he was piling on cement. Senyoret Francesc dragged himself around the garden, but mostly he stayed indoors. We could say that year was Miranda’s year.

Soon they grew bored, and to distract themselves they had the ski instructor come up. He arrived by land as they had, and he too seemed spiritless. They bought a red boat, a rowboat, because they said rowing was good exercise. And just as soon as they had said this they began their excursions by car, and after that they were never home.

One morning, as I was planting a bed of angel trumpets and pulmonarias, a couple of trucks arrived with a master builder, masons, and a few pick and shovel laborers, and they started laying the foundation for the new villa next door. And when the foundation was moving along, the gentleman who had made his fortune in the Americas, a man by the name of Bellom, returned. He was wearing a white linen suit with a pink carnation in his lapel. The pulmonarias were looking somewhat stunted, and I replaced them with veronicas, not without worrying that their shadow might ruin my angel trumpets. Senyor Bellom went around pestering everyone, as if he were going to build the villa himself. That first day he said to me: “What are you planting?” Veronicas, I said.

He came morning and afternoon, and we always talked. One day he told me his wife had died in childbirth. Then he removed a crumpled piece of paper from his pocket and immediately put it back. “I’ve just had a letter,” he said. “She’s only twenty years old and she’s the spitting image of her mother. Same eyes, same hair. As for her character, she takes after me. Next week she will have been married six months.”

“I’ve never had children,” I said. “I’m rather glad of that. There’s already enough misery in this world.”

At first the villagers were intimidated by Senyor Bellom. Then they came to respect him, they said he was a good man. In the end they paid him no attention at all. When he was done talking about his daughter he began to tell me about his wife, saying that the world had never seen a man as in love as he had been. What he had experienced, no one else had. It’s true that when he spoke of his wife his eyes misted over.

One afternoon I walked him to the eucalyptus and I explained that it had been in the garden since before most of the houses in the village were built. “This tree,” I said, “has witnessed much grief and much joy. And it does not change. It has taught me to be what I am, with each leaf like a sickle, and each bud a lead box holding a velvety red flower.” The garden was darker then, more remote than it is today. Senyor Bellom’s villa, so new and so white, with the shutters painted black and red, and the garden denuded of trees, had spoiled things, though it’s difficult to say exactly what had been spoiled.

The day of the eucalyptus I took Senyor Bellom to my little house with the craggy rocks behind it and the pine trees on top. I told him I had lived there since my time as a soldier. An entire life serving the family . . . The rooftop terrace had no railing, no stairs to reach it, so I built a wooden staircase and spent the warmest nights up there, enveloped by the scent of honeysuckle and listening to the nightingale that nested nearby. And almost without realizing it I began to tell Senyor Bellom my story.

“I came into the world by the grace of the Holy Spirit,” I said. “That’s what my mother told everyone.”

Senyor Bellom gave a little laugh and said: “Go on.”

“And my mother used to say: ‘My son cannot imagine how dearly I paid to have him: it cost me a fissure two fingers long. And we still don’t know how it happened in the first place, because as soon as I was in pain I would start weeping and my husband would become discouraged and that was it.’ And my father said to me: ‘Son, you are a miracle child. It seems you were determined to come into this world no matter what.’”

I was born at noon with a cross on the roof of my mouth. The whole village came to look at it. As a child I spent my days with my mouth agape. My mother always kept me clean and tidy, ready to be put on display. Open your mouth, so they can see the cross. Senyor Bellom listened quietly as I told him my story, and if I stopped he would say: “Go on, go on.” And I continued. When I grew old enough to think, I was always fearful inside because I was so different from everyone else. If I went out to play in front of the house, the children on the street would surround me and ask me to show them the cross. One morning, when I was a little older, I found myself home alone with a cold. I went to the mirror, threw back my head, and opened my mouth. And I didn’t see anything. It’s true that no one had mentioned the cross for some time. I thought that maybe grown-ups’ eyes see things differently than children’s eyes. And later I thought something else: that the cross had slowly faded as I lost my innocence.

But what Senyor Bellom most liked was hearing me talk about Cecília. That first day at my house he paused in front of the rocking chair. “Cecília’s rocking chair,” I said. “And that ribbon on the banister was the ribbon she used to tie up her hair.” Senyor Bellom said: “Cecília was your wife?” “Yes, and she had such a mass of hair, and it was so fine, that if she didn’t tie it up it was unmanageable, and hairpins couldn’t hold it.” I showed him the shelf with my little kerosene lamp. “I light it every Friday.” Behind the oil lamp, the photograph of Cecília, and in front of it a pebble. Senyor Bellom picked up the photograph, looked at it for a while, and put it back. “But what is a picture without the love that was reflected in her gaze, her voice, her manner of speaking?” I said.

I didn’t tell him, because I was afraid of being tiresome, that Cecília always wore lavender dresses. Little lavender gingham dresses. But from a distance the dresses looked like they were a solid color: lavender. She had small greenish eyes, deep-set and bright. She was more short than tall, very thin, with a flat stomach. She had olive skin, darker in summer. Her loveliest feature was her hair: sun golden, waterfall long. When I came back from the cemetery I pounded the eucalyptus tree until I bled. “Would you like to comb my hair?” she would ask me. And she would sit down and I would comb her hair with a honey-colored comb. And when we had pretend fights in bed, sometimes I would tie her hair around my neck and we would laugh. We were one. Like the eucalyptus, I had lived my life tall and calm. My arms strong in their sockets, my feet firm on the ground. And at the moment of her death . . . she died in my arms, in my hands you might say, like a little bird . . . the whole of me shattered. As if someone had smashed me to bits and strewn the pieces about.

From GARDEN BY THE SEA by Mercè Rodoreda. Used with permission of the publisher, Open Letter. Translation copyright © 2020 by Maruxa Relaño and Martha Tennent.

Kathleen Alcott, Ryan Chapman, and Nick Mancusi on Creating the Worlds of Their Novels 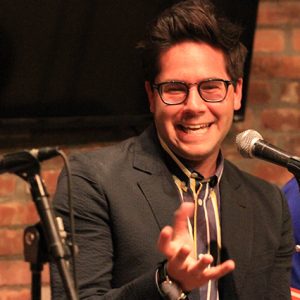 Kathleen Alcott, Ryan Chapman, and Nick Mancusi on Creating the Worlds of Their Novels Where is all of the literary love for Queens? It's right here at LIC Reading Series. Join them each week for stories, readings,...
© LitHub
Back to top