Some war stories emphasize heroism and a higher purpose; others emphasize brutality and disillusionment.

The first kind of story got Dietz, the narrator of Kameron Hurley’s military science fiction novel The Light Brigade, to enlist in a war against aliens from Mars. The second is the story that emerges from their experience as they learn that truth—and reality itself—are two of the war’s biggest casualties.

Hurley is the author of nine books. She has received numerous awards, including two Hugo Awards, a British Science Fiction Award, and a Locus Award. In her interview with Rob Wolf on New Books in Science Fiction, she discusses using a mathematician’s help to map her time-jumping plot, working with a hands-on literary agent, and making ends meet as a writer, among other things.

Rob Wolf: The Light Brigade is about a war as seen through the eyes of a soldier named Dietz. Who is Dietz and what is the war about?

Kameron Hurley: Dietz is your run-of-the-mill grunt in the military who signed up to get back at folks who had destroyed the city where they live. … This was very much a homage to military science fiction. Basically, the whole oeuvre is you take a soldier through when they’re bright-eyed and bushy-tailed, and you go through the actual process of war and how they change. … A lot of my friend cohorts back in high school joined the military, and it sort of mirrors some of their journeys. There were a few of them who went full on “I thought it was the best thing ever” and then there were a few who went, “Oh, wow I thought I was the good guy going into this.” And a lot of their stories have been fictionalized here in The Light Brigade. It’s a really complex issue.

RW: Light is obviously important in a book called The Light Brigade. Most obviously it refers to the method of transportation invented to carry soldiers to the battlefield. It doesn’t just affect their bodies; it also affects their minds. Can you talk about the tech—the idea for it and its importance to the story?

KH: If we’re going to be able to transport people at the speed of light, let’s transform them into light and get them from place to place at that speed. This was how I conceived how they’re going to be getting soldiers to and from fronts like Mars and Luna and anywhere on the globe itself. And because I was messing with light and the speed of things, what you end up talking about is the theory of relativity and gravity and changing space-time itself. … Dietz actually experiences the war out of order. … Structurally it was the most difficult book I’ve ever written.

RW: I understand you ended up doing something that you hate to do, which is use an outline, and you also used graphs.

KH: Yeah, we went full on math for this one. My agent Hannah Bowman is actually married to a mathematician, Joshua Bowman, and he was seeing her trying to put my timeline in order one day… And he was like “Okay, well we can chart things through this graph.” And he made a graph for her. So literally every time we would be in our ideas sessions after that, my agent was like, “Okay, that’s a great idea. Let me run it through the graph.”

RW: It sounds like you work very closely with your agent.

KH: My agent is very hands on. …I can think of maybe two or three other agents who really put in that sort of time and attention. Many others either don’t want to put all that effort into it, or it’s just not in their wheelhouse.

RW: In a recent blog post you were very frank about the fact that making ends meet—even if you’re a successful, regularly published, award-winning author like yourself—isn’t always easy.

KH: When I was laid off from my last job, we were able to scrape by for about 10 months and then we started having to dig into the credit cards, mainly because health insurance costs more than my mortgage…. I wouldn’t have made it without Patreon. I write a short story month [for subscribers who pay $1 or more a month]. … I felt like a pulp writer. I was like “This is what it must have been like in the day when Robert Howard was like ‘oh crap’ or Ray Bradbury was like, ‘I need to pay the rent, and so I’m going to write a short story.’” … We’re looking at ways we can adapt and create new forms and streams of income because most of us are not going to make it on just the books. You have to find other ways and different ways because the world has changed, the entire market has changed. 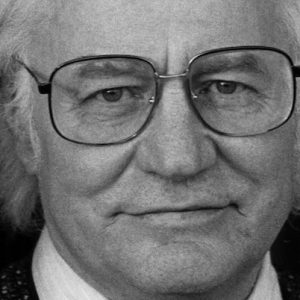