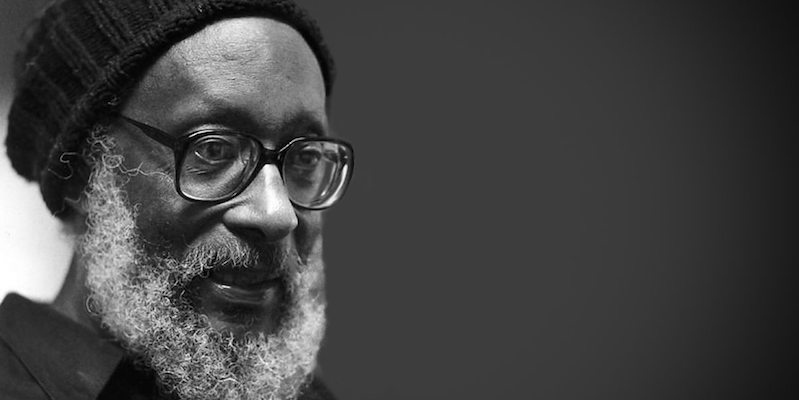 Edward Kamau Brathwaite, the Barbadian poet, literary critic, and historian hailed as one of the towering voices in postwar Caribbean literature, died on Tuesday at 89.

Brathwaite received his university education at Harrison College in Barbados and Pembroke College at the University of Cambridge. A staunch academic, Brathwaite earned a PhD in philosophy from the University of Sussex and began teaching comparative literature at New York University in 1992.

A co-founder of the Caribbean Artists Movement, an initiative launched in London in the mid-1960s, Brathwaite published many poetry collections, including The Arrivants: A New World Trilogy (1973), Black + Blues (1976), Middle Passages (1992), Ancestors (2001), and Elegguas (2011), among other works.

His 2005 collection Slow Horses netted him the Griffin Poetry Prize in 2006. His other honors included the Neustadt International Prize for Literature, the Casa de las Americas Prize for Literary Criticism, and fellowships from the Fulbright, Ford, and Guggenheim Foundations.

In a statement following the news of Brathwaite’s death, Barbadian Prime Minister Mia Mottley described him as “easily one of the titans of post-colonial literature and the Arts.”

“His reach and influence were not limited to his beloved Barbados and the Caribbean,” Mottley continued. “His tenure as an educator at institutions from Ghana to America allowed students of every ethnicity and background to experience his wizardry with words.”

Brathwaite’s death comes shortly after Nigel Thomas, himself a prolific author and literary critic, made remarks at an awards ceremony on Barbados’ central role in keeping Caribbean literature alive. Thomas contented that there are relatively few opportunities for writers in the region to find publishers.

“I hope you will name something after Kamau Brathwaite, Austin Clarke, Cecil Foster, and eventually Robert Sandiford, and all those who come afterwards,” Thomas said.