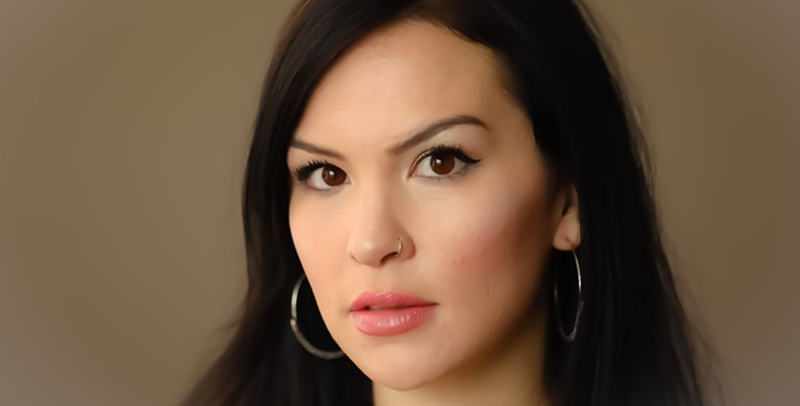 Kali Fajardo-Anstine on Providing Representation for Her People

This week on The Maris Review, Kali Fajardo-Anstine joins Maris Kreizman to discuss her National Book Award-nominated story collection, Sabrina and Corina, out now from One World. This conversation was recorded at the 2019 Miami Book Fair.

On why she writes:

Kali Fajardo-Anstine: One of the reasons I became a writer is to provide representation, which is sort of strange because I think writers who come from a dominant background don’t necessarily have that thought, to provide some books. I grew up as a huge reader. I started working in a bookstore by the time I was 15 years old … at Westside Books in Denver. I sold rare, new, and antiquarian books.

Maris Kreizman: The antiquarian as a teenager…

Kali Fajardo-Anstine: There should be a teen movie about that, and only you and I would watch it. [laughs] I remember I had a customer come in one day, and I said that I wanted to be a novelist some day. That’s why I work at the bookstore. He said, What could you add to these thousands of volumes that hasn’t already been written? Guess what: books about my people, because we are not in many books at all.

I really want to commit my entire career to providing us with books and representation forward and back in time, and in the present, and I want more people coming with me to write these stories.

On her family’s history:

Kali Fajardo-Anstine: My mother’s side has been in Colorado since the beginning of time. We can trace our records to the pueblos in northern New Mexico. It was always an interesting thing. Growing up, people would always ask me what I am, and I had to get into that conversation. Are you Mexican? Are you Native American? Are you Asian? Are you white? I was constantly asked those things, and I would say that we’re just people from Colorado. Deeply, deeply from here. There is just this blank space in history for a lot of people, and they don’t know much about the state of Colorado and our pre-statehood and how part of Colorado was in Mexico. I was just sick of being overlooked.

On giving back power from victim blaming:

Kali Fajardo-Anstine: In the title story, Sabrina has been strangled to death, and her cousin Corina, who is a makeup artist, has been asked by the family if she’d apply the makeup for the funeral on the body of Sabrina. There is a line in there where Carlos, the mortuary director, says, “These pretty girls, they get themselves in such ugly situations.” Those are sentiments that I heard my whole life. She was asking for it. It’s her problem. She didn’t leave the bar whens he should have, or she hung out with a wild crew. All this victim blaming. I wanted to go inside that and explore that emotion, because it makes you feel such powerlessness. I wanted to give these characters power, and take that back for them.

Kali Fajardo-Anstine is from Denver, Colorado. Her fiction has appeared in The American Scholar, Boston Review, Bellevue Literary Review, The Idaho Review, and elsewhere. She received her MFA from the University of Wyoming and has lived across the country, from San Diego to Key West. Her debut story collection is Sabrina and Corina, which was nominated for a National Book Award for fiction.

Long Live the Tribe of Fatherless Girls by T. Kira Madden · Feed by Tommy Pico · The House on Mango Street by Sandra Cisneros · In the Time of the Butterflies by Julia Alvarez 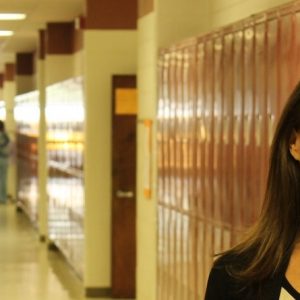 Senior year. Hearts and minds elsewhere than the classroom, seniors seem to lose interest. They talk, they sleep, they stop...
© LitHub
Back to top