"Today, I did three impertinent things"

WORDS ARE MISERABLE MINERS OF MEANING

How many words grace the pages of this book!

They are supposed to bestir memory. As if words could remember!

For words are miserable mountain climbers and miserable miners of meaning. They do not retrieve the hidden treasures from the heights or dredge them from the depths!

But there is a living commemoration that softly strokes everything worthy of remembering with its caress. And when a red-hot little flame leaps forth, poignant and piercing, from such retrospective ash, and you fix your gaze upon it, as if gripped by its magic spell, then . . .

But how with a shaky hand and coarse writing instrument can one possibly inscribe oneself in such pure remembrance, other than to stain these white unassuming pages? That is what I did on September 4, 1900.

Unlike my need to excel, and the pleasure I took in so doing and in the effect it had on others, not giving the matter sufficient thought, I merely suffered in silence the fact that I always traipsed around in shabby clothes which my parents had made for me by various clients, one after another, and for the longest time by a tailor in Nusle. Of course I was conscious of being particularly badly dressed, a condition I could hardly ignore, and was keenly aware when others dressed well, but for years I simply could not fathom the fact that my clothes might be the cause of my pitiful appearance. Since even then, more attuned to inklings than to actualities, already inclined to self-deprecation, I was convinced that it was only once I’d donned them that the clothes took on that sorry initial look of wooden stiffness, hanging from my frame in haphazard pleats. New clothes were altogether out of the question, since if I had to look ugly, I at least wanted to feel comfortable, and in addition, to spare the world, which had already grown accustomed to the spectacle of my old clothes, from having to endure the eyesore of new ones. This long-standing refusal in the face of my mother’s insistence, who with adult eyes kept finding fault with my old clothes and wanted to have new ones made for me, affected my sense of self, since I was compelled to acknowledge, with my parents’ corroboration, that there was nothing innately amiss in my personal appearance.

[ . . . ] Consequently my posture conceded to shabby clothes, I walked around with my back bent, shoulders stooped, awkwardly dangling arms and hands: feared mirrors since, in my view, they merely revealed my ineluctable ugliness, which, moreover, could not have been reflected all that accurately, for if I really looked like that, I would necessarily have caused a greater stir, while suffering on Sunday strolls my mother’s gentle pokes in the back and her far too abstract admonitions and prophecies, vague reprimands which I could not correlate with my concerns of the moment. I simply lacked the capacity to make the slightest accommodations for the actual future. I held fast in my thinking to the things of the moment and their present condition, not out of perseverance or any hard and fast conviction, but rather, insofar as it did not weaken my thinking, out of sadness and fear, sadness precisely because the present seemed so sad I dared not forsake it before it dissolved into happiness, fear, for the least little step forward frightened me, I deemed myself unworthy in my contemptibly childish demeanor to take serious stock of the great manly future, that future which furthermore seemed for the most part so inconceivable that the least little step forward felt like a falsification and the step after that unthinkable.

ON THE INABILITY TO WRITE

Finally, after five months of my life in which I managed to write nothing that might have satisfied me, no force of will could possibly coax it out of me, despite my firm resolve, the impulse once again takes hold to address myself. Which impulse I’ve always answered in the past when I felt compelled to reply, since there is always something more to extract, a needle to find in this haystack of indecision I’ve been for these past five months, and whose dismal fate, it seems, is to be set on fire in summer and burn up more quickly than the blink of an eye. If only such a fate were to befall me! And let its effect be tenfold, since truth to tell I don’t even regret this miserable time. Misery is not my lot, yet neither is happiness, nor indifference, nor weakness, nor fatigue, nor any other feeling I can identify, so what is it then? The fact that I can’t put my finger on it is linked to my inability to write. And I think I know the reason without fathoming its cause. All things I feel inclined to write about don’t strike me from the root, but rather from somewhere in the middle. Just try to grab it, try to embrace a blade of grass growing out from the middle of the stalk. Maybe some can do it, say, for instance, Japanese acrobats balanced on a ladder not resting on firm ground but rather on the uplifted soles of a half-reclining partner, a ladder not propped up against any wall but rather just rising in the air. Me, I can’t do it, quite apart from the fact that my ladder lacks the support of such accommodating soles. This is, of course, not all that’s standing in my way, and the impulse to do so would still not make me write. But every day a single sentence ought at least to be pointed at me, the way they now point telescopes at comets. And if I were then compelled to face that sentence, if I were coaxed out of hiding by the force of that sentence, as I was, for instance, last Christmas, when things had gone so far that I could hardly contain myself, and when I really appeared to be balanced on the last rung of my ladder, which was, however, propped up firmly between floor and wall! But what a wobbly floor it was, and what a wavering wall! And still that ladder did not fall, with my feet I managed to keep it pressed against the floor and propped against the wall.

Today, for instance, I did three impertinent things, one to a conductor, one to a person to whom I’d been introduced, all right so there were only two, but the memory still hurts like a stomachache. Such unseemly behavior would have been an impertinence for anyone, and definitely for me. So I managed to emerge from my shell, battled it out with myself in the fog, and the worst thing was: no one noticed that it was an impertinence, that I felt compelled to commit an impertinence even to my companions, felt compelled all the while to keep a straight face and bear the responsibility in silence; but the absolute worst thing was when one of my acquaintances did not even take this impertinence as a sign of character but rather as the epitome  of character itself, pointed out the impertinence and went so far as to praise me for it. Why the devil don’t I remain huddled inside myself? Now I say to myself: Look, the world allows itself to be insulted by you, the conductor and the person to whom you’ve been introduced hold still as you walk away, the latter even bid me goodbye. But that means nothing. There’s nothing to be gained by remaining locked inside yourself, but not much is happening around you either. To which challenge I reply: I, too, would rather let myself suffer a thorough drubbing in the ring than to slug it out among strangers, but where the devil is this ring? For a time I envisioned it lying on the ground, as if inscribed with chalk, but now it just swirls around me, no, it doesn’t even swirl. [. . .]

How many days have passed again in silence; today is the 28th of May. Do I not even have the resolve to pick up this penholder, this piece of wood, every day? I believe I don’t. I go rowing, riding, swimming, lie in the sun. [. . .]

I CAN ALSO LAUGH

* Kafka owed his job at the Worker’s Accident Insurance Institute for the Kingdom of Bohemia to the intercession of a school chum, Ewald Přibram, who happened to be the son of the director, Dr. Otto Přibram. 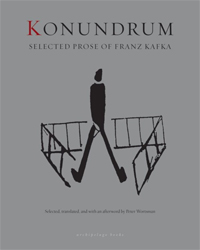 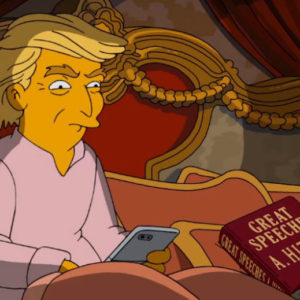 Your favorite book can say a lot about you. Are you a romantic? A cynic? A serious, non-fiction type? A self-interested individualist?...
© LitHub
Back to top
Loading Comments...