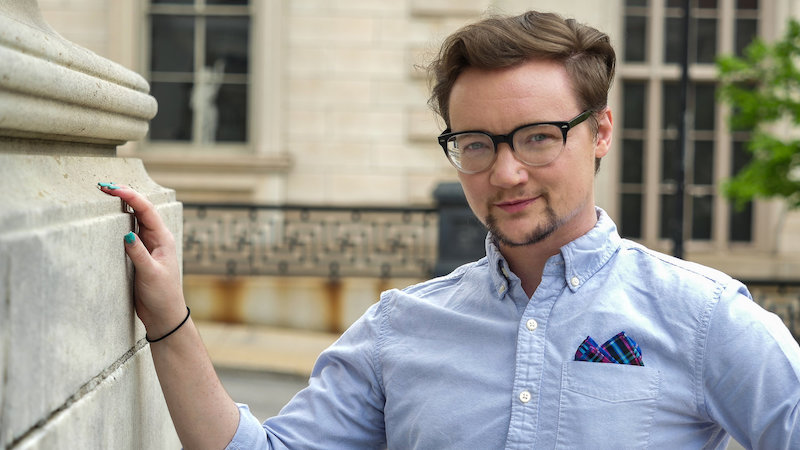 In Docile, the debut novel by K.M. Szpara, people pay off family debts by working as indentured personal assistants to the ultra-wealthy.

Szpara could have kept the story relatively simply by making Docile a tale of exploitation and rebellion, but he isn’t content to portray the wealthy Alex simply as an abusive patron who brainwashes his compliant docile, Elisha. Instead, their relationship is complicated by society’s efforts to make servitude more palatable by providing dociles with rights (like the right to adequate food and medical care, the right to vote, etc.) and a drug (which Elisha scandalously refuses) that helps dociles forget their suffering.

Szpara also dares to have Alex and Elisha fall—or at least think they are falling—in love. This raises a host of questions. Who is Alex falling in love with—the real Elisha or the man he’s created through his harsh “training”? Does Elisha have the agency to love after being dominated and manipulated into becoming Alex’s perfect companion?

“People say to Elisha ‘maybe you just like this kind of sex because it’s the kind of sex you were taught to have. Maybe you just like Alex because he taught you to like him. Maybe you only like playing the piano, or these clothes because Alex gave them to you.’ And then he has to ask himself: ‘But they’re the things that I like. Do I have to not like the things that I like because they were thrust upon me?’”

Szpara continues: “So many things are thrust upon us by people, by capitalism, by people who are making decisions above us and handing them to us and telling us to like them. At a certain point you just say, ‘Oh hey, I like this, and I accept it. You know, I like this new song by Lady Gaga even though I hear it a thousand times a day, and that’s probably why I like it, but I just do. I enjoy listening to it.’ …We don’t exist in worlds where we can always make pure and good decisions all the time.”

Rob Wolf: This is your first novel. Why was this the story you chose to write?

K.M. Szpara: This is my first published novel, but this is not the first novel that I chose to write. The first novel that I chose to write was real bad and is buried and locked deep in a trunk. This is the novel that I gave myself permission to write. … One of my best friends was going over my bad first trunk novel for what was probably the fourth or fifth total rewrite, and I said “You know, I’m working on something else right now. It’s got a lot of sex in it, real fast. And you know I think there’s a real deep story in there somewhere but I don’t have it yet.” And she said “That’s what I want to read. Why aren’t you writing that?” At that point, I threw the first novel aside and just decided to go full force into the story, which became Docile. I gave myself permission to write something that was unabashedly queer, that had a lot of sex and kinks in it, but that also dealt with a lot of serious issues that have afflicted our generation and a sort of terrifying peek into an alternate / near future.

RW: When the story opens Elisha is going over the seven rights he’ll have as a docile. Why is it important to point out that dociles have rights, like the right to vote and the right to adequate food and medical attention?

KMS: They have rights as part of the nefariousness of the situation that they’re in. This is one of those situations where the lines of what’s good for you and what you’re consenting to and what’s helpful and what’s not are being intentionally blurred by the people setting the rules. It’s sort of like you’re being gaslit by the system to say like “Well, you are choosing to do this. And you know you can still vote, and people have to take care of you if you do this, and you have the right to check in with the Office of Debt Resolution if someone violates your rights. And they take care of your medical needs and feed you.” So it sort of makes it sound safe when it is not.

RW: Why does Elisha specifically—and why would anyone more generally—become a docile?

KMS: He chooses to become a docile because it is very common in his world. The choices are work and try to pay off your debt, which is basically impossible, or go to debtors prison, which he decides not to do, or become a docile, or marry someone richer than you, which also doesn’t normally happen because no one who’s rich is marrying anyone who is poor because they’re accumulating that person’s debt through marriage.

RW: And Elisha’s debt is huge.

RW: What’s happened in the world that’s created so many people who are under so much duress because of their debts that they are willing to consign years, possibly their entire lives, as Elisha does, to being a docile?

KMS: In their world, debt doesn’t die with you on any axis. So there’s a clause, if you look at your lease, that says something like, “If everyone in your apartment dies, you don’t have to pay the rent anymore.” In this world that would not happen.

It would simply pass on to those who are legally related to the people who died. And it’s that sort of thing that has happened for generations and generations. … So when families are at ranges like Elisha’s, which is $3 million, the only way that he can even think to pay that off is to do something so drastic and dramatic. His mother before him had attempted to pay it off but Dociline had a negative effect on her. It was almost like she’s still on it, even though she stopped injecting it. So when he makes this decision to go and free his family from this burden and all the generations that come after him, he’s making a huge sacrifice. He just knows he’s going to do whatever it takes, but he’s not going to take that drug because he refuses to lose himself like his mother did. 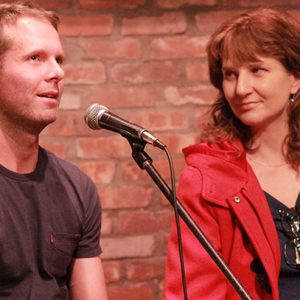