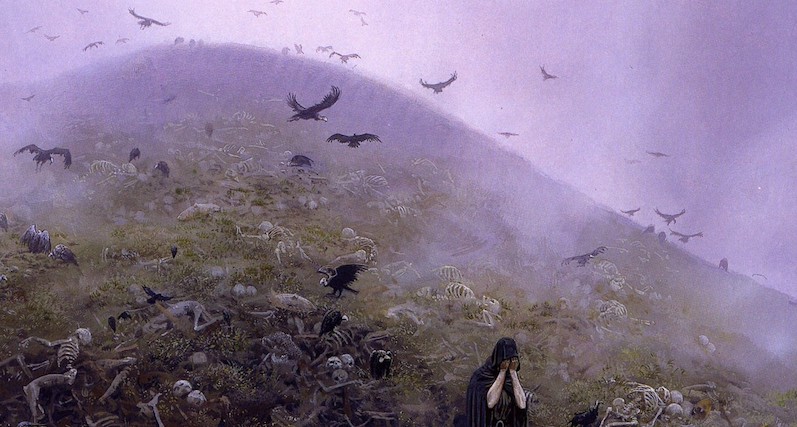 JRR Tolkien Invented the Term “Eucatastrophe.” What Does It Mean?

Jonathan Walker on the Consequences of Christian Narrative

I wrote my novel The Angels of L19 for a PhD in creative writing. I didn’t really care about the qualification—but the scholarship was the same money I was making in the call-center job I was doing before I started at the University of Kent. And I valued the monthly meetings with my supervisor.

The novel is set in an evangelical church in Liverpool similar to one I attended in my teens during the 1980s, and one of my goals was to present this world sympathetically, from the inside. But my supervisor kept pushing me further. “This is a story about Christian characters and beliefs,” he said. “Shouldn’t it also have a Christian plot structure?”

For a while, I batted this question away—it didn’t seem to have troubled most European writers over the past 2,000 years, the vast majority of whom wrote stories set in a Christian universe, but who were seemingly quite happy to borrow their plot structures from classical drama. So I didn’t see why it was my job to provide an answer. But of course, other people had already asked this question—and the definitive answer was provided by J. R. R. Tolkien in his famous essay “On Fairy-Stories,” where he talks about the “eucatastrophe”: that is, the good catastrophe, the good destruction. He gives the paradigmatic example:

This suggests that the eucatastrophe is more than just a happy ending. While The Lord of the Rings could perhaps be described as an averted tragedy, the exemplar of the Gospel narratives indicates that the eucatastrophe is more properly the reversal of a tragic ending. Christ’s birth reverses the tragedy set in motion by Adam’s original sin and death, and Christ’s resurrection reverses the tragedy of His death. So the tragedy actually takes place, with all the attendant suffering and grief that implies, and then it is undone, but not—as with, say, the fake version of this in the Avengers Endgame movie—by simply erasing the prior outcome (though even in Endgame, those who were not “snapped” still remember the years-long absence of those that were), but rather by transcending it: folding it within a larger narrative movement that changes its meaning.

For Tolkien, the characteristic effect of this is:

Christian joy which produces tears because it is qualitatively so like sorrow, because it comes from those places where Joy and Sorrow are at one, reconciled, as selfishness and altruism are lost in Love.

Tolkien invented the term, but he was not of course the first person to explore this idea in dramatic terms. Shakespeare’s late plays also seem to be attempts to write around the hinge of a eucatastrophe. The Winter’s Tale is perhaps the clearest example, and also one of the more problematic in terms of what this does to conventional (classical) dramatic structure: these two observations are obviously connected. It’s a Frankenstein’s monster of a play, in which the first three acts of a tragedy are stitched together with the last two acts of a comedy—and the jarring transition between them is made all the more so by encompassing a time jump of over a decade. The tonal shift is quite startling, and the “happy” ending—which, following the proper example of the Gospels, does not and cannot entirely erase the suffering and loss that comes before—can only take place by virtue of a miracle, like the miracles of Christ’s birth and resurrection. The statue of Hermione comes to life, and the daughter that Leontes sent to be killed is rediscovered unharmed—but the son, Maximilius, is still dead, and the bitter, wasted years vaulted by the time-jump cannot be so easily forgotten. But the purpose of the eucatastrophe is not to forget: it is to remember differently.

Shakespeare’s late plays also seem to be attempts to write around the hinge of a eucatastrophe. The Winter’s Tale is perhaps the clearest example.

Miracles are not subject to Aristotelian laws of cause and effect; they do not follow inexorably according to the internal logic of the story so far. Rather, they erupt into it from somewhere outside: they break it open. Grace is always arbitrary and gratuitous. It can’t be predicted or compelled—or even prepared for. It is the deus ex machina so despised by modern screenwriting gurus.

The whole concept of the deus ex machina implies a secular worldview, in which divine intervention can never be the real subject of a drama, and so its introduction is always evidence of a failure of human imagination. But what if you actually want to say something about the nature of grace? Its true manifestations never provide closure. Rather, they destabilize narrative logic. The eucatastrophe is the narrative equivalent of a conversion experience: the entire story is rewritten retrospectively.

If all this seems too pious for readers who don’t share the faith of my protagonists, then the idea of the eucatastrophe still has something to offer. Conceived more broadly, it’s really about what we do with failure. And worse than failure—the damage and hurt our actions have created, which we can’t simply wish away. It’s about what you do after the catastrophe that destroys all your assumptions about what your life was supposed to be—even if, especially if, that catastrophe was of your own making.

I’m sure it’s no surprise that this idea carried a special meaning for me as I wrote The Angels of L19. I said I was working in a call center—in fact, I was living in the wreckage of a previous academic and writing career and struggling in early recovery from an addiction to prescription tranquillizers (I’d given up drinking several years prior to this). All the grandiose dreams that had fueled my addictions through my thirties now seemed laughable. So what now?

I think I’d always been a potential alcoholic and addict, but one of the reasons I didn’t start drinking until my mid-twenties was that before then I had a place where I was accepted and loved as well as a connection to something greater than myself—the church I joined as a teenager, against the wishes of my family. I wanted to write about that feeling of belonging—and what happens when you lose it. And whether it’s possible to get it back. But the eucatastrophe is about how you re-create meaning: it can’t be the same as it was before. Renewal demands transformation.

In The Angels of L19, the first 196 pages constitute a tragedy, with its own closed and inexorable logic, even if some of the cause-and-effect mechanisms seem to be supernatural—but that is also the case in classical drama, including The Bacchae and Herakles by Euripides, from which I borrowed the basic plot device that precipitates my tragic ending. I could have ended the book there and it would have been “complete.” But it continues—first into a vision that seems to combine the abject and the transcendent, and thereby opens backwards into the tragedy, and forwards into… something else. Then there is a long coda—the book’s fourth act—that considers the extended aftermath of the tragedy across a time-jump equivalent to that in The Winter’s Tale, and (perhaps, eventually) undoes the tragedy—but only to the extent suggested by The Winter’s Tale:

“Not even God can change the past.” …

“God can change the past. Forgiveness changes the past.” 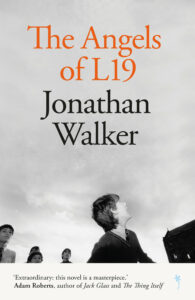 Jonathan Walker grew up in Liverpool, but has lived in Glasgow, Cambridge, Swansea, Canterbury, Venice, Sydney and Melbourne. He is the author of a biography of a seventeenth-century Venetian spy, Pistols! Treason! Murder!, and a fantasy novel set in an alternate version of Venice, Five Wounds. He has doctorates in history and creative writing. 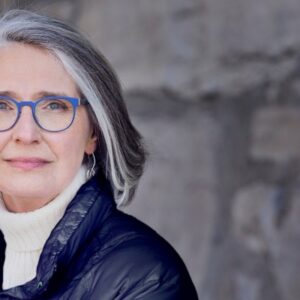 Louise Penny says that plotting her bestselling mysteries about Chief Inspector Armand Gamache of the Quebec Sûreté is a balancing...
© LitHub
Back to top
Loading Comments...