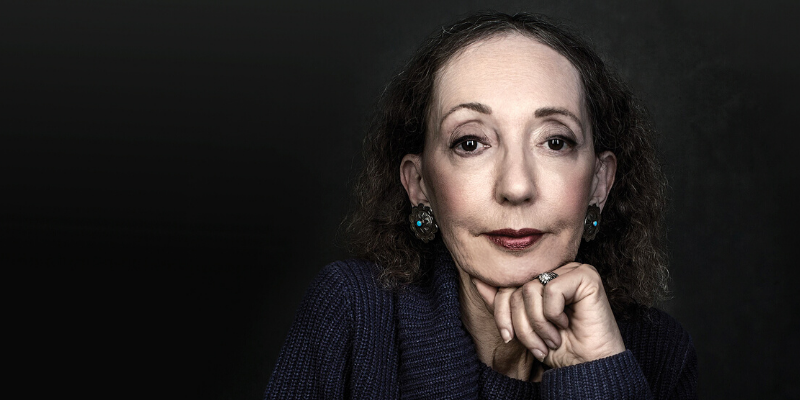 Linn Ullmann: I want so much to ask you about your grandmother. Because in the speech where you accepted the Jerusalem Prize, you talk about how she was the one who gave you books, who read for you. That reminded me of my grandmother, because my grandmother was a bookseller. She gave me books. But then you write, “It would not be until after her death that we came to realize how little my grandmother spoke of herself, and how little we knew of her.” And I’m wondering, this woman who you knew so little about, but who was so important to you, I’m wondering what kind of meaning she has had in all your writing?

Joyce Carol Oates: Well, she was a fascinating person. I wrote a novel called The Gravedigger’s Daughter, which is basically about the secret life of my grandmother. But it’s mostly fiction; I had imagined it. She had a very difficult life. She is from a Jewish family, but they were Jews who came from Germany in the late 19th century. They did not want to be identified as Jews. By “them” I mean the parents, because my grandmother was a child; she wasn’t really part of any decision. But they did not identify as Jews, so they never acknowledged their religion. They wanted to put history behind them because of the anti-Semitism of Europe and the barbarism. And then of course, during the Nazi era, they wouldn’t have wanted to acknowledge that they were Jewish. So, my parents, even my father who is my grandmother’s son, never knew that my grandmother was Jewish. Only when a biographer wrote about me and did some research did it come to light. Her name was Morgenstern, which was translated into Morningstar. But the Jewish name is Morgenstern; that was the original name.

Joyce Carol Oates is a recipient of the National Medal of Humanities, the National Book Critics Circle Ivan Sandrof Lifetime Achievement Award, the National Book Award, and the PEN/Malamud Award for Excellence in Short Fiction, and has been several times nominated for the Pulitzer Prize. She has written some of the most enduring fiction of our time, including the national bestsellers We Were the Mulvaneys, Blonde, which was nominated for the National Book Award, and the New York Times bestseller The Falls, which won the 2005 Prix Femina. She is the Roger S. Berlind Distinguished Professor of the Humanities at Princeton University and has been a member of the American Academy of Arts and Letters since 1978.

How Does Trump Get Away with Monetizing the Office of the Presidency? 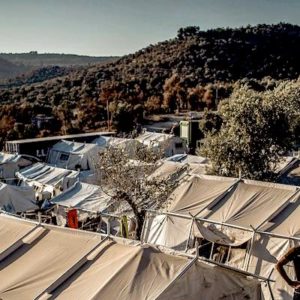 Leros, August 2016 When I look back to that summer on the tiny Greek island of Leros, to the derelict mental asylum littered...
© LitHub
Back to top