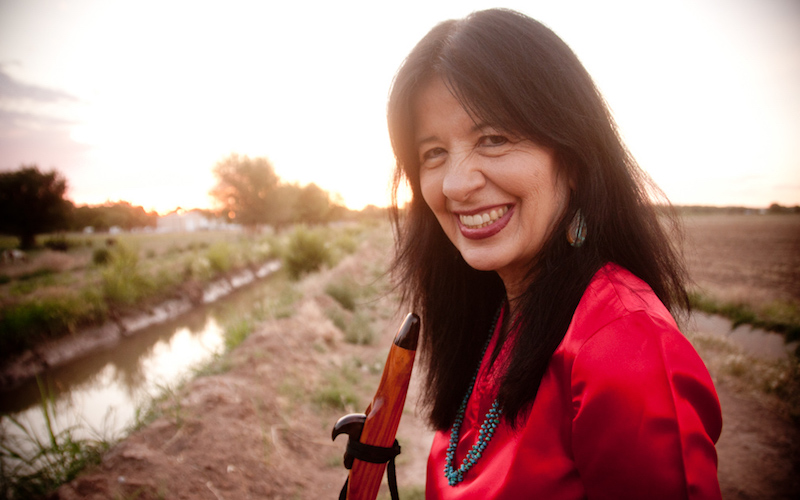 Joy Harjo is publishing a children’s book, and it sounds incredible.

Joy Harjo’s poem “Remember” is unforgettable; an invitation (or maybe a command) to acknowledge the interconnectedness of all life, it’s one of Harjo’s best-known poems and also one of her earliest.

Now, Harjo, who recently served as US poet laureate for three years, will release the poem in the form of a children’s book. It will be illustrated by Michaela Goade, who also illustrated the bestselling We Are Water Protectors in addition to a number of other books, with a particular focus on Indigenous children’s literature.

“The poem has a life of its own,” Harjo said in a statement. “This poem has accompanied me much of my life. It is on a spacecraft heading to Jupiter, it is a song, dances have been made of it, and it has been translated into my Mvskoke language.”

“In simple and direct language, Harjo, a member of the Mvskoke Nation, urges readers to pay close attention to who they are, the world they were born into, and how all inhabitants on earth are connected,” Random House Children’s Books, which will publish the book, said in a statement.

The book will be released in March 2023.