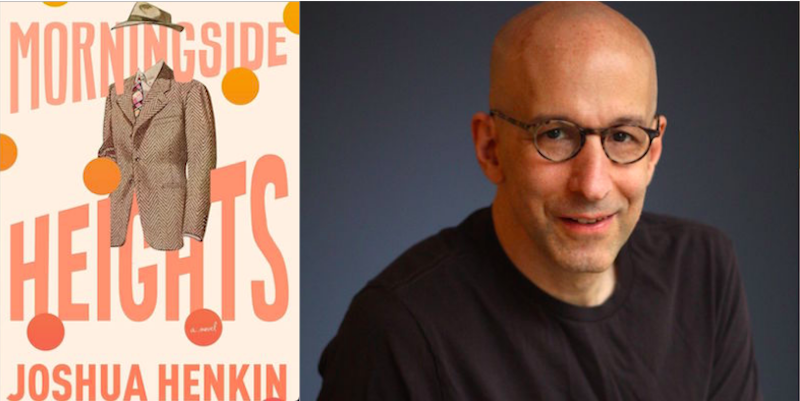 The Author of Morningside Heights in conversation with Ellen Adams

Joshua Henkin’s Morningside Heights (out from Pantheon on June 15) offers an unflinching narrative of a renowned Shakespeare scholar’s early onset Alzheimer’s. With a carefully rendered cast of characters, a decades-spanning story, and seamless shifts in points of view, Henkin mines the ethical dilemmas and medical repercussions of denial and co-dependency, plus the complex dynamics of a blended family in crisis.

The author is also Director of Brooklyn College’s MFA in Fiction program. As a former student of the program, including Henkin’s memorable teachings on craft, I was delighted to talk with him about research, revision, and capital-C Craft in his own work.

Ellen Adams: As Director of the MFA in Fiction Program at Brooklyn College, you’re known as a talented teacher of craft. How did you approach capital-C Craft in your novel? What “rules” did you find yourself breaking?

Joshua Henkin: I’m not a big believer in rules, though I do think there are some general principles worth thinking about. As one example, I don’t generally like “big-reveal” novels, but in an early draft of Morningside Heights I didn’t listen to my own advice and it took me too long to get to the Alzheimer’s diagnosis. For 200 pages, Pru refused to recognize what was staring her in the face, which made her seem more obtuse than she was and drained some of the tension from the novel. The reader knew pretty early on that Spence had dementia, and was just waiting for Pru to catch up, and that waiting period wasn’t very interesting. There’s a lot to be said for dramatic irony, but sometimes there can be too much dramatic irony for a novel’s own good.

EA: What excites you most about the craft of writing? How has your approach to teaching shifted over the years?

JH: In a lot of ways, I was a critic before I was novelist. I mean, I always wanted to be a novelist, but it seemed as likely as my being a ballerina. But when I graduated from college, I worked for a magazine where I was the first reader of fiction manuscripts, and I saw how bad most of them were, and I thought if other people were willing to try and risk failure, I should be willing to try and risk failure, too. There are writers who are more naturally intuitive than I am. I had to teach myself to become more intuitive. So teaching craft has helped me become a better writer, and it continues to help me every day.

My teaching is always evolving, and in craft class, specifically, I try to update my syllabus and add new stories, for my students’ sake and my own. That said, I’m a traditionalist, both as a writer and as a teacher. I focus on what I consider to be the fundamentals, and we look very carefully at the text, down to the very last clause, down to the very last comma, to see how the writer achieves what they set out to do.

EA: Readers will be struck by the breadth and depth of Morningside Heights. Which element sparked this book for you? From there, how did you go about developing and adding its additional layers?

JH: Like Spence, my father was a professor at Columbia, and he, too, developed dementia, though much later in life than Shakespeare scholar Spence did. When my father was sick, my mother started going to a caregivers class at the Jewish Community Center, which I found poignant. My mother is not a consorting-with-strangers kind of person, and it was an indication of how bad things had gotten for her. That was the germ for Morningside Heights, though by the time the book was finished, all the JCC scenes were gone. A number of years into the writing, I said to myself, “What if Spence was married previously and had a son?” From that “what-if,” Arlo was born, and as soon as I started to write him, the novel really took off. But Arlo also raised big structural problems because he’s absent for much of the book and I was having trouble nailing down his comings and goings. Then I was asked to blurb Joan Silber’s novel Improvement, which sparked an idea for how I might restructure Morningside Heights to find the right balance between present and past.

Writing and teaching involve a series of small “aha!” moments every day. If you don’t keep learning from yourself and others, you’re not headed anywhere good.

EA: When Pru takes her husband Spence to a neurologist to get evaluated for Alzheimer’s, the reader might expect an “information dump” on the disease, yet it reads as a fully lived-in scene that discreetly folds in those details. That said, I imagine this scene and the book overall reflect plenty of fact-finding to ensure medical accuracy. I’m curious to hear about your approach to research for this novel—and to writing in general!

JH: That scene is borrowed almost entirely from my own life. I accompanied my mother and father to the hospital and was forced to watch my brilliant father, who was a law professor for fifty years and who majored in math in college, struggle to count backward from 100 by sevens and name the month of the year and the President of the United States. There was a lot that was awful about going through his disease with him, but that was one of the worst moments.

I’m not a big researcher in general. In fact, my research generally involves getting on Google Maps to make sure I’ve spelled the street names correctly. It amazes me that I once considered getting a Ph.D. I’m way too lazy a researcher. I wouldn’t have lasted a week as a Ph.D.

EA: I noticed neckties as a reoccurring motif in your book. How do you work with motifs and objects in your fiction? Are they something you plan out, or do you go back and add them in later?

JH: I proceed intuitively, certainly in the first draft, and I don’t think about motifs. As Flannery O’Connor once said, a fiction writer can’t do without a certain measure of stupidity. A friend of mine in college wrote her psychology thesis on how adults group objects versus how kids group objects. The adults group the apple with the banana, and the kids group the monkey with the banana. In other words, kids are more natural storytellers than adults. The fiction writer’s task is to think like a child again, albeit like a smart, sophisticated child.

As for why I have neckties on the brain, I can only guess it’s because from K-12 I went to a school where, between October 1 and May 1, the boys were forced to wear neckties to school. I agree with Spence, who liked to say that he earned three-quarters of his salary just for grading exams and he was paid in the currency of not having to wear a necktie.

EA: How would you describe your approach to revision for Morningside Heights? How did it compare to that of your three previous novels?

JH: It took me eight years to write Morningside Heights. I wrote 3,000 pages and found the book inside all that mess. That’s how I always write. There are hundreds of drafts along the way. You can’t write fiction if you’re not compulsive. Ninety percent of what I write gets thrown out, some of it material I like, but just because you like something doesn’t mean it belongs in your novel. I’m always telling my MFA students that you need to bark up a lot of wrong trees in order to get to the right tree. When you study the craft of fiction writing, you learn how to situate yourself in the right forest, but you still start out barking up the wrong tree. There are no shortcuts around those early mistakes. They’re an essential part of the book’s discovery.

EA: What practical steps did you take to develop (and keep track of!) your characters and their personal arcs? What guidance might you offer a writer who’s working on a project involving a large cast of characters?

JH: I have a document called “Morningside Heights characters and timeline,” and I revised that document almost as much as the novel itself. A character refers to Watergate, but then you realize they’re twenty-six when they make that comment, and they were born in 1945, so it’s 1971 and Watergate hasn’t happened yet. So you need to change the comment or change how old they are. But as soon as you change how old they are, you’re forced to make other changes. I have birthdates and wedding anniversaries for all my characters, even if their birthdays and anniversaries don’t get celebrated in the novel. You need to know everything about your characters. And you want to guard against factual mistakes because those mistakes distract your readers and take them out of the dream state of your novel.

EA: Morningside Heights’ release was postponed a year due to the pandemic. How did that unexpected delay impact your writing?

JH: I always say that it’s important to be deep into a new project when a book comes out, if only to steel yourself against the reviews, the things you have no control over. But it’s almost impossible to get a new project aloft while you’re attending to the pre-pub tasks of the production cycle. So Covid, in a strange way, gave me a free year. I’ve almost finished a draft of a new novel.

EA: What’s a recent “aha!” moment you’ve had about writing?

JH: Writing and teaching involve a series of small “aha!” moments every day. If you don’t keep learning from yourself and others, you’re not headed anywhere good.

Ellen Adams writes fiction, essays, and songs. Her work has appeared in Ploughshares, Kenyon Review Online, Black Warrior Review, and elsewhere. You can visit her at www.ellenadams.net.

How Shiloh Illuminates the Right Thing... and the
“Righter” Thing 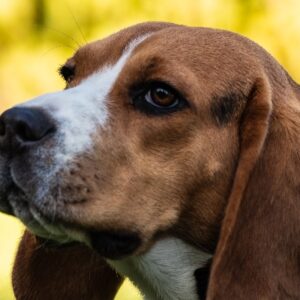 How Shiloh Illuminates the Right Thing... and the
“Righter” Thing