Watch Borges in Conversation, on the Anniversary of His Death

Today is the anniversary of Jorge Luis Borges’s death, which seems as good a time as any to re-read him, and an even better time to reacquaint yourself with the man himself. To that end, I suggest watching this 1976 interview with Joaquín Soler Serrano on the Spanish TV show A Fondo, in which the beloved Argentinian writer (who has to ask Serrano to stop calling him “Maestro” and stick with “Borges”) discusses—among other things—the “happy duty” of the artist, his past, his reputation as a “cold” writer, and writing poetry in his dreams. “The task of art,” he tells Serrano (NB: I am quoting from the translated subtitles here),

It is to transform whatever happens to us into symbols, to transform it into music, to transform it into something that may last in the memory of men. As artists, that is our duty. We must comply with it. Or else we’d feel very unhappy. . . in the case of the writer, or in the case of every artist, we have the duty, for the most part, happy duty, of transforming everything into symbols. Those symbols can be colors, shapes, sounds. In the case of the poet, they are sounds but also words. Also fables, tales, poems. What I mean is that the work of the poet is endless. It’s not about working from one hour to another. You are constantly receiving something from the outer world. It all has to be transformed; it eventually has to be changed. And in any moment a revelation may come. That is to say, that the poet never rests. He is working constantly, when he dreams too.

Later on, Borges talks about the importance of using simple language, calling Baroque art “an exercise in vanity.”

I try to simply express what I want and I try to do it with common words. Because only the words that belong to the spoken language are effective. It’s a mistake to assume that all the words in the dictionary can be used. There’s many that can’t. For example, in a dictionary, you see as synonyms the words “bluish,” “cerulean,” and “azureous,” and some other word too. The truth is that they are not synonyms. The word “bluish” can be used, because the reader accepts it, so to speak. But if I put “azureous,” or if I put “cerulean,” no, they are words that point to different or opposite directions. So, actually, the only word that can be used is “bluish”, because it’s a common word that glides along the others. . . So if I were to put “cerulean,” it’s a decorative word. It’s as if I suddenly placed a blue spot in the page. So I believe it’s not a permissible word. It is a mistake to write with the dictionary. One has to write, I believe, with the language of the conversations, of one’s intimacy.

Watch the whole interview below, or read a transcript here. 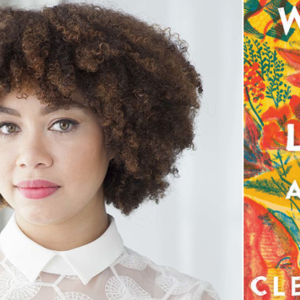