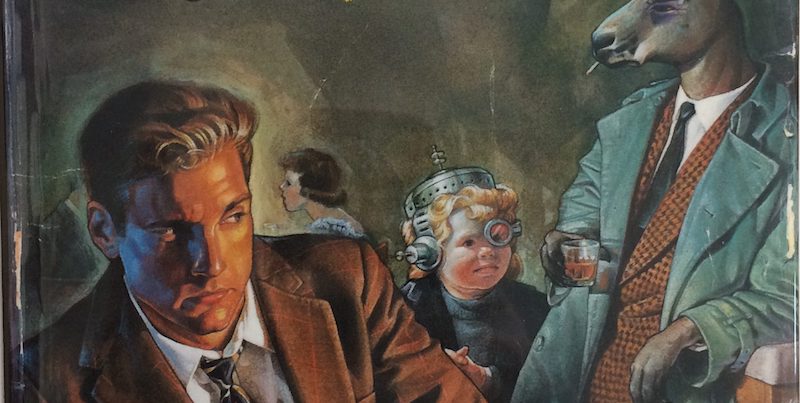 Today, Deadline announced that a Jonathan Lethem novel is going to be adapted for the small screen—no, not another version of Motherless Brooklyn, but a TV series based on Lethem’s first novel, 1994’s Gun, With Occasional Music.

In this one, Lethem takes us from Brooklyn to the opposite coast: the novel is set in a futuristic vision of San Francisco and Oakland, California, where a private eye named Conrad Metcalf tries solving the case of a murdered doctor. The problem is, no one who knew the doctor seems to be interested in helping.

Lethem’s unorthodox, satirical take on the detective genre is set in a world where technology makes kids and animals preternaturally intelligent, TV is regarded as abstract art, familiar social cues are warped, and karma is paid for with debit cards. Gun, With Occasional Music was nominated for the Nebula Award for Best Novel in 1994.

The series will be directed by Johan Renck, best known for his award-winning work on HBO’s Chernobyl.