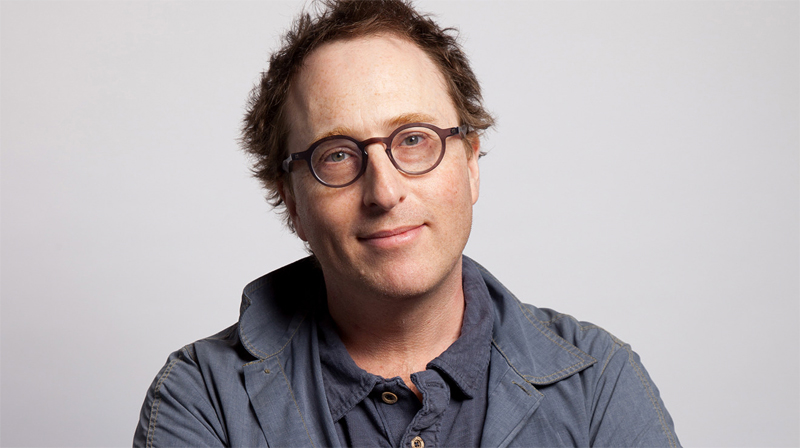 Jon Ronson: In Search of the Genuinely New

Charles Arrowsmith on the author of So You've Been Publicly Shamed

Jon Ronson will talk about Frank and indeed Frank at the House of SpeakEasy‘s next Seriously Entertaining show, While the Music Lasts, at Joe’s Pub at The Public Theater on April 19, 2016. Sign up for notifications of future shows, including June 13’s When Strangers Meet.

Jon Ronson’s strigine camouflage is, one suspects, part of his appeal and the key to how he gets away with it. The “it” there being his infiltration of a range of strange, wonderful, and dangerous milieux—from an asylum for the criminally insane in The Psychopath Test to a jihad training camp in Them: Adventures With Extremists. Through it all, Ronson is a musing, amusing, guide; not entirely neutral, but always reasonable. His character as chaperone is what keeps readers hooked.

“Whenever I’ve tried in the past to remove myself from stories,” Ronson tells me, “my editors have always said ‘Put yourself back in.’ So now I’m at peace with being a character in my stories. I think it works especially well when I’m going to far out, shadowy, complicated, dark places. I think people want someone like me to take them in there—like Sancho Panza. But I never endeavor to be some kind of representative of ‘normal’ or ‘righteous’ society—that brings its own problems. I want to be flawed and empathetic and a twig in the tidal wave of the story.”

His interest in finding out something genuinely new—off the beaten track of the celebrity profile—has led Ronson to interview people as different as Justin Bieber, Christiane Kubrick, Insane Clown Posse, and, “maybe the most extraordinary,” the American entrepreneur Martine Rothblatt, whom he interviewed for GQ in 2011.

In Shamed, though, Ronson’s subjects are people who’d be forgiven for never wanting to open their mouths in public again. In many cases, lives have been ruined. In December 2013, for instance, Justine Sacco tweeted “Going to Africa. Hope I don’t get AIDS. Just kidding. I’m white!” By the time she landed in Cape Town, her poorly judged joke had made of her an Internet pariah. She lost her job and was widely vilified. Then there’s the former New Yorker writer Jonah Lehrer, who fabricated quotes in his 2012 book Imagine: How Creativity Works and has been the subject of countless takedowns, more or less vicious, ever since. Ronson also talks to former FIA president Max Mosley, who was attacked by the UK’s News of the World in 2008 for participating in an alleged “depraved NAZI-STYLE orgy in a torture dungeon.” Mosley emerged rather better off than Sacco and Lehrer, successfully suing the News of the World and retaining his position at the top of motorsports.

Others are less sympathetic. I ask Ronson about Matthew Doyle, the Croydon-based PR agent who recently challenged a Muslim woman in the street to “explain Brussels.” His tweet went viral, and caused brief mass hysteria of a character similar to the opprobrium aimed at Justine Sacco. Ronson is quick to make a distinction. “He’s totally different to the people in my book,” he says. “He went on a sustained racist tirade. He’s an agent provocateur, a racist. My book is basically about private people who were pulled out of the crowd and disproportionately punished for some minor transgression—made responsible for systemic failings way beyond their control.”

Of course, much more public figures are also the routine target of shaming. In the last couple of months alone, Stephen Fry and Sam Smith, hitherto almost untouchable, have both been avalanched with criticism for offhand comments made at awards shows. The backlash against Fry’s comments about BAFTA-winning costume designer Jenny Beavan’s outfit (he said she looked like a “bag lady”) led him to abandon Twitter. In a blog post, he called the social-media platform “A stalking ground for the sanctimoniously self-righteous who love to second-guess, to leap to conclusions and be offended—worse, to be offended on behalf of others they do not even know.” He and Beavan, it transpires, are friends. Smith, meanwhile, was widely attacked for not knowing his LGBTQ Oscars history, as he wondered aloud, on live TV, if he might be the first openly gay man to win one. A forgivable lapse, surely, for a young man at a moment of heightened emotion during which he did also, let’s not forget, make a laudable appeal for equal rights and treatment for the LGBTQ community.

Given how weak the arguments against Fry and Smith were, especially once their remarks had been contextualized, I wonder whether public shaming might not be more damaging for political correctness than it is for the attitudes it seeks to undermine. Ronson reminds me of what the comedian Stewart Lee said about the occasional peevishness of the politically correct: “a small price to pay for the massive benefits and improvements in the quality of life of millions of people that political correctness has made.” But, he goes on, “I think those people who bully the likes of Justine Sacco as a form of performance piety—a cathartic alternative to social justice—are ruining social justice and ruining political correctness.”

Until recently, it was less well known that Ronson had had an earlier career as a musician. For a period in the late 80s, he played keyboard on tour with Frank Sidebottom’s Oh Blimey Big Band. If the name doesn’t ring a bell, picture a man in a giant friendly papier mâché head playing plinky-plonky anthems about life in Timperley, a suburb of Manchester. Sidebottom was the alter ego of comedian Chris Sievey, whose life and death Ronson wrote a moving short e-book about.

When it came to putting Frank on film, which Ronson did with co-writer Peter Straughan and director Lenny Abramson in a 2014 movie, there were some fundamental challenges. “What goes on inside that head? … inside that head?” asks Domhnall Gleeson’s character, Jon, early in the movie. Wouldn’t a conventional biopic end up trying to plumb precisely this question?

Ronson and Straughan ended up writing “a fable instead of a biopic.” Unlike the “real-life” Frank, movie Frank, played by Michael Fassbender, is at the helm of an avant-garde rock band that ends up heading to South by Southwest. (I ask how the real Frank might have fared at SxSW. “Marginally!”) And in fictionalizing Sidebottom, Ronson and the creative team behind Frank neatly sidestep many of the pitfalls of the genre. “Me and Mark Kermode always joke about the ‘Chubby?’ quality of conventional biopics,” he says. “That phrase comes from a biopic called The Karen Carpenter Story. Here’s how I remember the scene. Richard Carpenter comes running up the drive holding a copy of Billboard. He yells, ‘Karen! We’ve got a great review in Billboard!’ She comes out and says, ‘What does it say?’ He reads, ‘”‘Close To You’ is a wonderful first single by Richard Carpenter and his chubby sister Karen.”‘ She says, ‘…”Chubby”?’ Every conventional biopic has its ‘Chubby’ moment.”

Ronson found inspiration elsewhere. “The biopic that inspired Frank the most—and indeed is probably my favorite ever documentary—is the brilliant The Devil and Daniel Johnston. It’s an extraordinary film about the singer Daniel Johnston and his battle with bipolar disorder. It’s devastating.”

I wonder how much of Gleeson’s character, Jon—a young man mostly unaware of his musical limitations—is really based on Ronson. “Is he as much you as the ‘Jon Ronson’ of your articles and books is you?”

“He’s the Jon Ronson I fear I am. I loved writing that part—turning myself into a monster.” 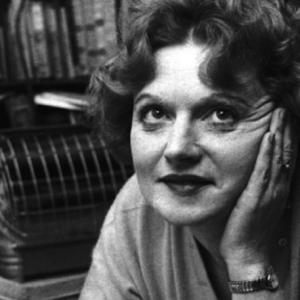 Mississippi writers Kiese Laymon, Margaret Eby, Catherine Lacey, and Andrew Malan Milward on why they oppose their...
© LitHub
Back to top