Joining Conversation: Coming to Terms With Life Without Sports

This is Joining Conversation, The Virtual Book Channel’s special event roundtable. During what would normally be one of the busiest times of year for sports in America, three sports journalists—Mark Cannizzaro, Kiley McDaniel, and Jimmy Dykes—joined Triumph Books’ editor Michelle Bruton for a conversation about major sports cancellations and their effects on our daily lives.

Mark Cannizzaro is a native of Fairfield, CT, and a graduate of Ithaca College, where he competed on its Division III soccer and tennis teams. He is a columnist at the New York Post, where he’s worked since 1994 and has covered more than 100 major championships, including 25 Masters Tournaments and every Ryder Cup since 1997. He is a golf addict whose finest accomplishment as a player was winning $10 from Phil Mickelson in a putting contest on Mickelson’s backyard putting green. He lives in Highlands, NJ, and Manhattan with his wife, Carolyn Waters. He is the author of Seven Days in Augusta: Behind the Scenes at the Masters.

Kiley McDaniel has worked for the Atlanta Braves, Pittsburgh Pirates, Baltimore Orioles and New York Yankees, along with ESPN, FanGraphs, Fox Sports/Scout.com, and Baseball Prospectus. He began as an intern for the Yankees in baseball operations and his most recent club experience was as the Assistant Director of Baseball Operations and West Coast Crosschecker for the Braves. He resides in Atlanta with his puppy Scout. He is the author of Future Value: The Battle for Baseball’s Soul and How Teams Will Find the Next Superstar.

Jimmy Dykes first joined ESPN at the start of the 1995-1996 men’s college basketball season as a game and studio analyst and is entering his 21st season as one of ESPN’s top college basketball analysts. He is the author of The Film Doesn’t Lie: Evaluating Your Life One Play at a Time.

Jimmy Dykes: I’ve spoken with some of my seniors who saw their seasons end early. You know I was in Nashville when the news broke, and then we all headed home. Since then we’ve all been separated. But I’ve heard from players that have reached out that are saying thank you for the four years. But other than that—you know they’ve been thrust into a new area of their life quicker than normal. They weren’t ready for this step to happen right now, but here they are.

My words for them—in terms of trying to keep it in perspective—is saying, look, if not playing in the NCAA tournament your senior year is the worst thing that happens to you in your life, you’ve had a blessed life. I think if you take a couple steps back and try and look at it as a big picture, it can really help us all. 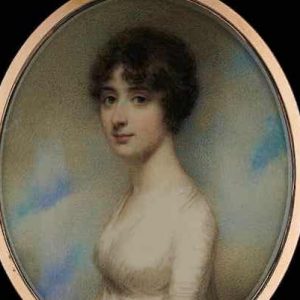 Long before Tinder, there was Jane Austen, warning your dates and their families that you looked nothing like your picture:...
© LitHub
Back to top