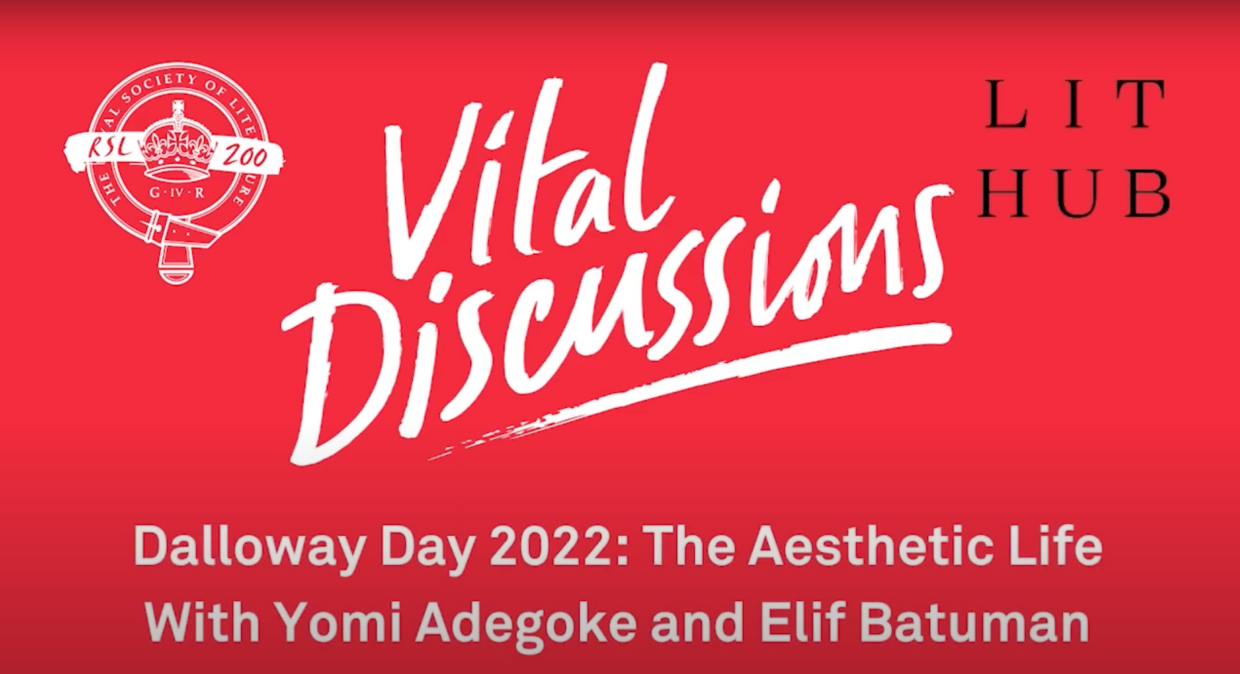 Virginia Woolf wrote about material culture in the shadows of conflict, destruction and colonialism, presenting high-society in a London struggling to put itself back together again, but is Mrs Dalloway really just a novel about parties and pretty things? And what does the aesthetic life mean to us today?

Enjoy this transatlantic conversation between two novelists whose works explore the power of aesthetics in the 21st century. Yomi Adegoke‘s forthcoming debut novel, The List, puts contemporary society in the spotlight, throwing internet culture’s (lack of) morals into stark relief. In Elif Batuman‘s Either/Or, the follow-up to 2017’s The Idiot, protagonist Selin reads Kierkegaard’s Either/Or and battles with whether to live an ethical or aesthetic life, whilst discovering “the universal importance of parties, alcohol, and sex.”

This discussion is hosted and distributed by The Royal Society of Literature’s Vital Discussions: On Demand series.