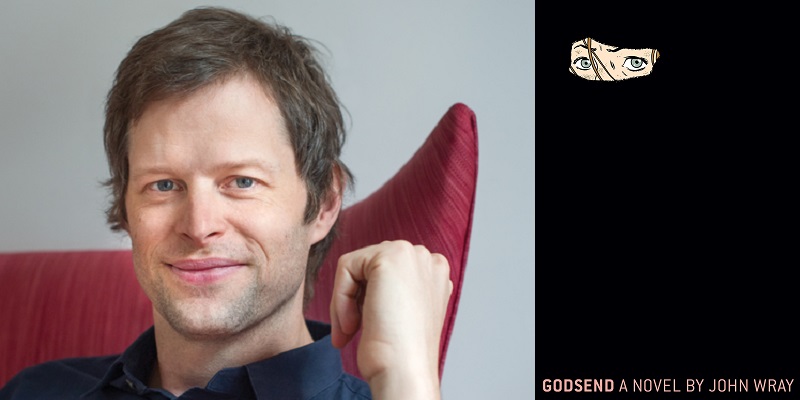 VIA Otherppl with Brad Listi

John Wray: “All Sorts of Interesting Events Can Come from Desperation”

This week, Brad Listi and John Wray, author of the highly acclaimed novel Godsend, discuss everything from French bulldogs, to the “essential asymmetry and disproportion” of human cleverness, to how living in a place where you don’t speak the language can make you a better listener (and writer).

“All sorts of interesting events can come from desperation”

John Wray: I think we have this idea, in America, that most Americans came here because they were highly principled members of an oppressed religious minority that was seeking creative freedom for its beliefs. Obviously that does play a part in the early history of the US, but I often think that we in the US aren’t that different from a country like Australia, or any of the Spaniards who came to the New World and settled in Mexico or parts of South America. You don’t leave your home unless you have a pretty good reason and usually that reason is an economic one or a legal one.

BL: There’s a desperation either way. I think there’s something innate in the American character that’s desperate. Or is that just human, and am I reading too much into it?

JW: I think anyone who migrates any significant distance from their place of birth must have some desperation in them. That’s not necessarily a bad thing. All sorts of interesting events can come from that.

BL: It can be kind of like an engine in that way; you need that energy. I feel like that’s one of the biggest tragedies we’re living through right now—the fact that we’re closing our doors to all of that human energy coming in and all that new blood.

JW: Of course. That energy is a huge strength. You can also flip that and say that one of the greatest dangers to any society, when it closes itself off, is this risk of complacency and stagnation and an almost incestuous approach to one’s own culture and society. It’s not for nothing that one of the fundamental tenets of natural selection is what’s known as hybrid vigor. It’s an established scientific fact that when you combine very disparate gene pools, the resulting offspring are hardier and better equipped to survive.

“I don’t think I realized how much I was missing out on before I found myself in this situation in which I was silent most of the time.”

JW: My best friend—at that point, my only friend in Mexico City—the brilliant Chilean writer Alejandro Zambra, understands intelligence in this way: If you are unable to express a sophisticated thought, you might as well not be having that thought, in terms of communication. He firmly believes that in languages you don’t speak well, you truly are less intelligent than you would be in a language that you have fully mastered. It’s a very pragmatic way of looking at things. What that means is that if you choose to live in a country where you don’t speak the language fluently, you really are accepting an enormous handicap. You’re basically saying “I’m okay with being a little dumber than everyone around me.”

BL: The way I’d put it is that it feels like you exist less. It’s a flattened existence. You realize that it’s such an integral part of being, just being able to shoot the shit with somebody.

JW: On the other hand, I think it carries unexpected benefits. . . I tend to talk more than I should. In an environment in which I’m not fully fluent in the language, I shut up and listen and pay a lot more attention to things, and become a much more passionate, committed observer. I don’t think I realized how much I was missing out on before I found myself in this situation, living in Mexico City, in which I was silent most of the time. That carries great pleasures with it. But they’re not the kinds of obvious pleasures that one might think of when one thinks of social pleasures. It’s good for writing too. I think as a result, though you might not know it right now, I speak less and listen more even when I’m in the US.

BL: That doesn’t surprise me, especially if you’re enjoying it. If the company is good, it can be one of the greatest pleasures just to sit back and listen. And when you’re living somewhere that’s not your home turf, you have a different charge to you. I guess if you live there long enough it starts to dull the feeling a little bit, but I love that feeling of dislocation.

JW: Yeah, everything can feel so heightened and almost hallucinatory at times, as though you’re microdosing some particularly mild but vivid hallucinogen. Not that I’ve ever microdosed, nor would I ever advocate for such a practice. [laughing]

With all the good books that come out each month, it can be hard to decide what to read (or, if you're anything like the people...
© LitHub
Back to top
Loading Comments...