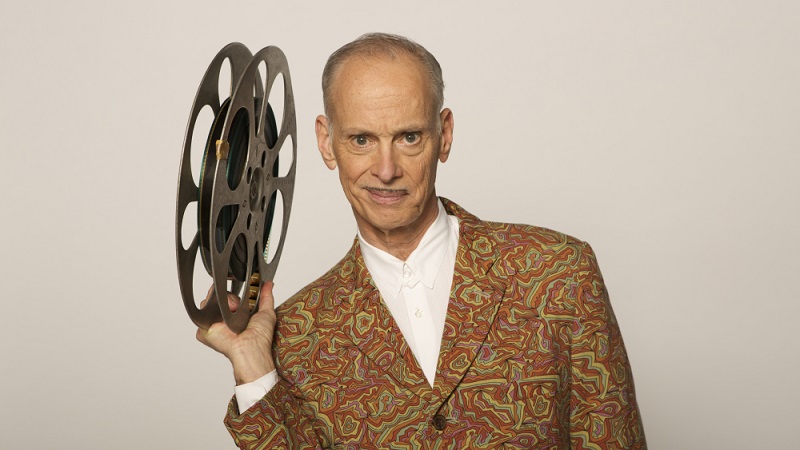 The legendary filmmaker, author, and speaker John Waters is a font of wisdom both profound and profane. In Mr. Know-It-All, an essay collection that recalls his film career and his adventures past and present, he dispenses prescriptive advice in a way that only he can: “Young filmmakers, go Hollywood whenever you can. It’s not lonely at the top, I promise you,” and “The urge to smell a fart is universal. Remember that.”

I talked to America’s favorite filth elder about the perils of Goodreads, taking LSD at the age of 70, and the unexpected public figure he tried to rope into making the sequel to Pink Flamingos.

Maris Kreizman: Second to Jane Austen, your quote about books—”If you go home with somebody, and they don’t have books, don’t fuck ’em!”—is just about everywhere in the literary world.

John Waters: Little did I know it would be an entire marketing strategy at The Strand!

I have a part two of that quote: If you go home with somebody and they have books in their bathroom, run for your life. Because that’s disgusting. People have “jokes for the john” and those kinds of books—there’s no lower form of pornography.

MK: There is a Photoshopped image of your cinematic muse Divine shooting death stares at Donald and Ivana Trump going around the internet.

JW: I’ve seen it and I know it’s fake because I know the photo of Divine it was taken from. But it could’ve been real. Trump used to go to Studio 54, I think. I was a punk; I hated disco.

MK: Why do you think so many people want that image to be real?

I remember a long time ago when the Grammys were in New York, and I went, and I noticed this woman was near to me. The press ran over and started taking pictures of both of us. Neither of us knew who the other was at the time. It was me and Martha Stewart. But now I realize why they were interested—it was good taste meeting bad taste.

I’ve always liked Martha Stewart but I like her even more now that she’s an ex-con. I don’t trust anyone who hasn’t been to jail once.

MK: Speaking of people you didn’t recognize at first, in Mr. Know-It-All you write about the time when you were seated in first class next to Clarence Thomas.

JW: Would I have had the nerve to say, “I have a pubic hair on my Coke” because I really dislike him for what he did to Anita Hill. And of course she was telling the truth. I remember when we were first watching the hearings my first assistant said, “We have his phone number.” And we did, because we were trying to get him into the sequel to Pink Flamingos forever.

MK: You have a new ideology you lay out in the book. It’s the sequel to ACT UP.

JW: It’s called ACT BAD. It’s using humor as terrorism. The Yippies, of course, did that in the old days, but the only one who’s really doing it now is the Satanic Temple, which uses humor to fight between church and state. They must really be pissed about the cross that the Supreme Court just allowed to be put up in Maryland, of all places.

You can ask people to quote the meanest review they’ve ever gotten and nobody says I don’t know.

I’m very much for their comic terrorism and I think we could really use humor today to humiliate and embarrass the enemy. In London they know how to do it, with that blimp of Trump that they fly. The unions in New York know how to do it when they bring that big rat around to protests and put it out front. That’s the kind of activism I think is really effective.

MK: You give so much good advice in the book, but some of it is controversial.

MK: The one that stuck out to me, because I’m from the book world where they constantly tell authors not to read reviews, is you say that artists should read all of their reviews.

JW: Read the bad ones once, the good ones twice, and put them all away and never look at them again.

MK: It sounds so rational when you say it.

JW: Of course what you always remember are the bad ones. You can ask people to quote the meanest review they’ve ever gotten and nobody says I don’t know. But you never answer them, because when you answer them they get to answer you again. So all the people who didn’t read it the first time see it the second time.

MK: Have you looked at Goodreads?

JW: Yes, I’ve gone on there, and my reviews are pretty good, but it’s like snark in a way. If I was teaching English in a school now, my first assignment would be, “get your name in print.” It used to be “write a letter to the editor.” When I was in high school I had a letter in Life Magazine, pro-Andy Warhol when they were against.

But you had to sign your name. If you don’t have to sign your name, to me it’s meaningless—if you don’t even have the courage to stick up for what you’re saying. So snark to me, good or bad, is not as effective as it used to be, because before you had to say where you lived—not your address, but like “John Waters, Baltimore, Maryland.”

Have I ever written snark? I have never commented online in my life. I’m not against people who do, but I don’t.

MK: You write in Mr. Know-It-All about having so many magazine subscriptions.

JW: They’re fading. I do still get over 100, and I bring them with me to airports. I leave them on top of paper recycle bins and no one ever takes them. It used to be I would leave 20 magazines there, brand new expensive magazines. I even said to my neighbors in Provincetown, “I subscribe to 100 magazines a month and six newspapers a day—would you like any of them?” They said no. And they’re writers and they’re smart and they read, but they read everything online. They don’t want to hold it, they don’t want to touch it, and I do. It’s not like I’m a Luddite; I’m on my computer all day long.

JW: I read stuff on my phone. I’m scared of my phone because Google Stories, before I even touch it, they pick out every story I’m interested in, such obscure subjects. So of course they’ve been spying on every possible thing I do. But it is all stories I want to read which makes me even madder, because I do read them all.

MK: It’s scary when the algorithm works for you.

MK: I’ve never taken LSD before. Should I?

JW: No! The people I’m telling to take LSD are people that took it a lot when they were young and never had a drug issue in their life later, never had a bad trip. And they’d do it again with people who have been friends forever. I would tell that tiny minority of people my age to do it.

I did it in the book of course—what does a man have to do to get a book deal these days?—and I hitchhiked across the country for the last one. God knows what I’ll have to do next. I think for the next one I’ll have to turn heterosexual.

Maris Kreizman is the host of The Maris Review.

An Object Lesson in Naming Novels: Iris Murdoch's
The Sea, The Sea 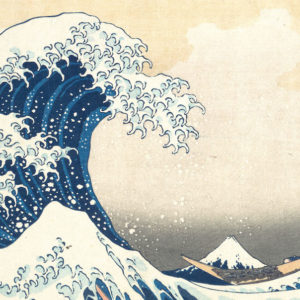 An Object Lesson in Naming Novels: Iris Murdoch's
The Sea, The Sea

First, there's the obvious: the incantatory effect of the repetition, the rush of sibilance, the plain punch of those four...
© LitHub
Back to top