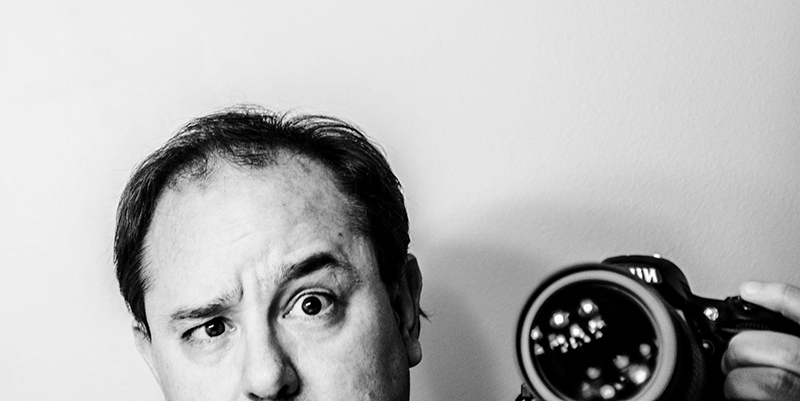 John Scalzi Did Not Write a Pandemic Novel, Even Though It’s Set In the Pandemic

One could call The Kaiju Preservation Society a pandemic novel because a) John Scalzi wrote it during the Covid-19 pandemic and b) the pandemic serendipitously leads the main character, Jamie, to a new job that sets the action in motion.

But the book is not about the pandemic. It’s about Kaiju, Godzilla-like monsters who live in an alternate Earth. This alternate Earth is rich in radioactive elements, allowing the Kaiju to produce energy from their own biological reactors. This makes them a danger when, say, they end their lives with a nuclear explosion that thins the walls between Earths. It also makes them objects of fascination for unscrupulous humans seeking sources of cheap energy.

“So much of the way plant life and animal life on Earth works is through sunlight, which is just another type of radiation,” Scalzi says. “Plants photosynthesize, animals eat plants, other animals eat the animals that eat the plants and so on and so forth. But sooner or later it all comes back to sunlight. The only places where you don’t have that happen are in very specific places where, for example, there are sulfurous heat sources at the bottom of the ocean. And then things have evolved to take advantage of the energy source there. Well, in this alternate Earth, things like uranium and thorium in the crust are another possible energy source. It makes sense to me that life would evolve to take advantage either wholly or in part of that additional energy source. And then, of course, I just built out from there.”

Rob Wolf: The Kaiju Preservation Society is narrated by Jamie, who, at the start of the book, thinks he’s about to get a promotion. He works for a food delivery start up, and he gets called into the boss’s office. Could you explain what happens next?

John Scalzi: Okay, but before I begin, why do you think Jamie’s a he?

Rob Wolf: Uh oh.. Are you serious? Did I completely ..? Is there no pronoun identifying gender?

John Scalzi: No, there’s not. Everybody defaults to whatever they default to. If you go through the book, there’s no pronoun usage with Jamie other than “I —nothing to identify male or female or non-binary. I just left it that way. I didn’t make a big deal about it. We didn’t talk about it before it came out. And so it’s been fascinating to find out what people think about Jamie.

Rob Wolf: Well, that is brilliant, actually, because I didn’t notice. Do you know their gender or is it not to be answered?

John Scalzi: I don’t have an answer. I knew going in that I wasn’t going to gender Jamie so I didn’t ask, and I don’t know. It’s one of those things that you can get away with in text that you can’t necessarily get away with in other media. For example, The Kaiju Preservation Society has been optioned for television and it seems likely that there will be an actor attached and then the actor will be male or female or possibly non-binary. But one way or another that will be answered for the purposes of the TV series, if the TV series ever goes forward. It will be interesting to see what happens with that. In terms of writing it, I didn’t feel it was necessary to put in gender markers because I didn’t think it was something that was relevant to Jamie doing what they’re doing.

What is always interesting is seeing how people default. If you pick one or the other or if you go non-binary, no matter where you go, it’s a perfectly valid choice because this is part of the communication that we have when we write books. There’s what I present to you as the author, and there’s what you bring to the story as the reader.

Rob Wolf: I’m going to ask my original question again. Could you say what happens to them when they go in and speak to their boss?

John Scalzi: Well, they get laid off. That is something that they absolutely weren’t expecting. And more than being laid off, they eventually have to become a food delivery person for the very same tech company that they had worked for before. Because all this is happening in March of 2020 when Covid is clamping down on everything, and it’s through the food delivery job that Jamie meets up with Tom, who works for a non-government organization that tends to large animals.

And Tom offers them a job. And that’s when they join the Kaiju Preservation Society, although they don’t know that that’s what it’s called yet. And they find out that there’s a whole other place with very, very, very, very, very, very large creatures that are what we would call Kaiju, which are, of course, Godzilla-like monsters.

Rob Wolf: And to be hired, Jamie has to answer what they think about science fiction and fantasy. Why are applicants asked this question?

John Scalzi: People who are into science fiction and fantasy are used to the idea, at least in a sort of abstract way, of these monstrous creatures, right? They have seen them on TV. They’ve seen them in the movies. They read about them. They play against them in video games. They are so used to the idea of these creatures that when they come face to face with one, they’re not going to completely lose it.

So what better way to manage that introduction than through Hollywood? The idea that common culture or that pop culture inculcates us or even inoculates us against a fear of the unknown is something that I’ve come to again and again. So when this question gets asked, it’s just another restatement of something that I believe, which is we know aliens, we know Kaiju, we know flying saucers, we know all of that stuff through our entertainment. That’s how we in many ways see the world. That is our frame of reference. So the more that you are into that sort of stuff, the better you are going to be able to handle it when it really happens.

John Scalzi is the author of over a dozen novels. His writing has earned numerous awards, including the Hugo Award for Best Novel, and the Locus Award for Best Science Fiction Novel. 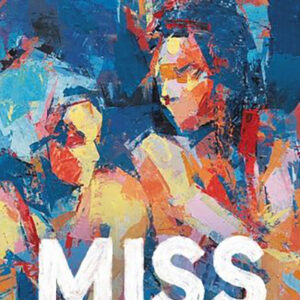