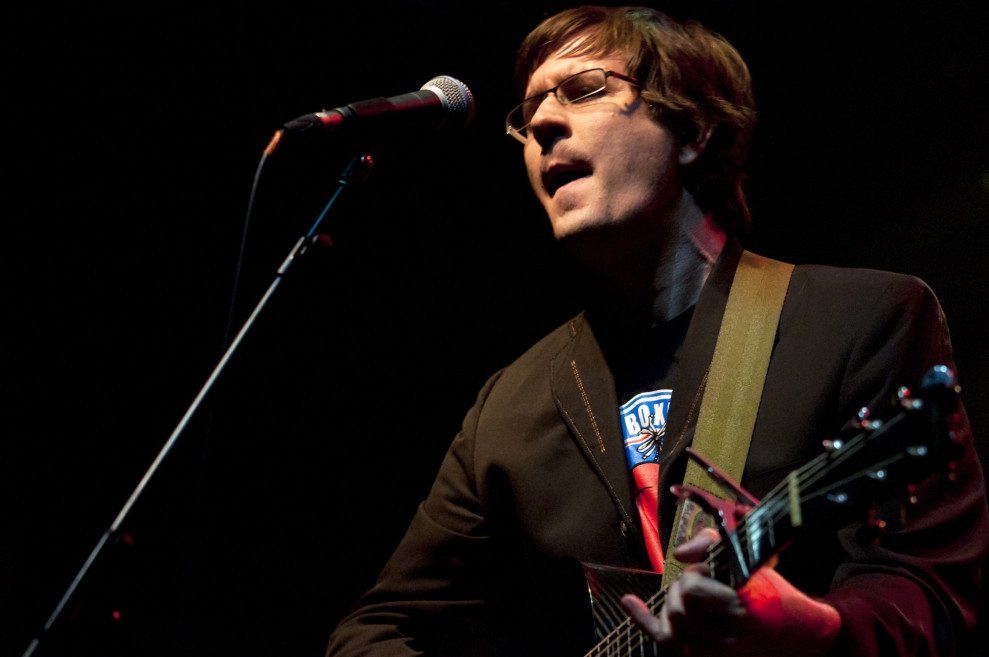 The judges for the 2020 National Book Awards were announced earlier today and among the twenty-five esteemed writers, translators, critics, educators, and booksellers signed on to read though the cream of this year’s literary crop is none other than The Mountain Goats founder and indie-rock legend John Darnielle, who will be joining Dinaw Mengestu, Heather Cleary, Brad Johnson, and Anne Ishii on the Translated Literature panel.

Here he is tweeting about it:

as I have that one line in “Up the Wolves” about judges I am agitating heavily for those of us on the Translated Lit panel to be called “Arbiters” https://t.co/cG3HEe9E7l

[Ed. Note: the line he’s referencing is of course “I’m gonna bribe the officials; I’m gonna kill all the judges / It’s gonna take you people years to recover from all of the damage”]

To the best of my (admittedly limited) knowledge, this makes Darnielle the first ever bonafide rock star judge in the illustrious history of the National Book Awards. As well as being music world famous (which, I’m sorry, trumps book world famous every day of the week and twice on Sunday), Darnielle has in recent years also established himself as an accomplished novelist. His debut novel, Wolf in White Van, was itself nominated for a National Book Award back in 2014, and his follow-up, 2017’s Universal Harvester, was met with similarly strong reviews.

May you be a wise and benevolent judge, John.