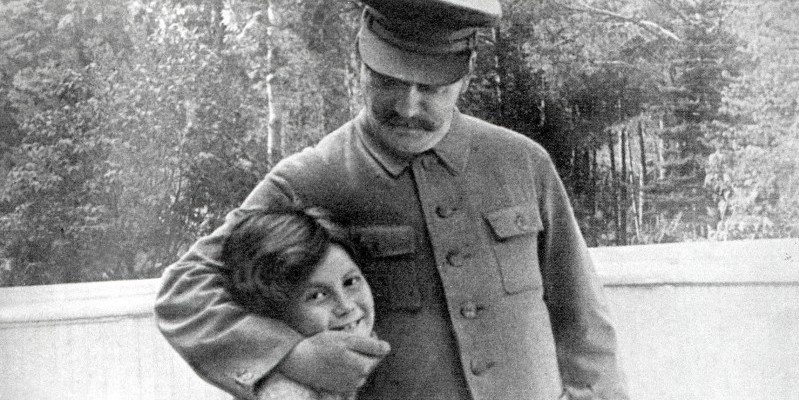 In his sixth novel, The Red Daughter, novelist (and regular Beyond the Page host) John Burnham Schwartz imaginatively inhabits the life of Svetlana Alliluyeva (1926–2011), the only daughter of Joseph Stalin, who in his three decades as the tyrannical ruler of the Soviet Union was responsible for the deaths of more than 20 million people. At the height of the Cold War, Svetlana became the most important Soviet citizen ever to defect to the West, arriving in New York to throngs of reporters and a nation hungry to hear her story. By her side was a young lawyer sent by the CIA to smuggle her into America. That lawyer was John Burnham Schwartz’s father.

In this episode of Beyond the Page, moving between excerpts from his talk at the Sun Valley Writers’ Conference and a conversation with New Yorker staff writer Larissa MaFarqhuhar, Schwartz recreates the story of an extraordinary, troubled woman’s search for a new life and a place to belong.

Larissa MaFarqhuhar: What was it like making historical fiction of your father’s experience? And I have to ask, what did he think of it? Was he nervous?

John Burnham Schwartz: I hadn’t fully processed at that time. I think of the fact that I was going to make a character out of the man who had the role that my father had at the same time, I understood that there was something about that connection, her arriving here knowing no one and their relationship, both she as a foreigner and the daughter of one of the worst despots in the history of the world, a man who was responsible for the death of well over 20 million people, and a woman who I would come to understand would spend the rest of her life looking for a home in some sense, and trying to be seen as somebody who was not that daughter and who would never succeed but would never stop trying.

And then, on the other hand, this young American man, a Jewish man with complicated feelings of his own, perhaps about his own life, who was there in one of certainly the most momentous moments of his life. I mean, he became a very public figure at a young age for a little while, though he was in the background. I mean, literally in the photograph, you know, he’s next door. So I just recognize that it was that meeting that I needed to get to and that it was going to be the heart of why I would write a novel about this.

I’d never set out to write a history of it, and I never set out to write my father’s life. I mean, I wouldn’t have wanted to. And certainly that would have been problematic. But then you get to the second part of your question, which is about my father’s response, which I know is always of interest. He had represented a lot of famous and fascinating people starting when he was quite young. By the time I was working on this book, he was in the last years of his practice as a lawyer. He’s 87 now, lives in Los Angeles and only retired about a year and a half ago. So I had read some thoughts and memories about some of those clients that he had dictated. Svetlana was one… Solzhenitsyn. Truman Capote. Arthur Miller. David Halberstam. Dustin Hoffman. Mel Brooks. And so there were facts that he had begun to collect, but it was in a professional sense, and I didn’t get the sense that he was going to do anything with that. But it certainly got my attention. Then I began going through his papers, which he very generously opened up to me.

However, six years later or so, because I did stop a couple of times during the book to do other things, and by the time I’m finished with an early draft of this book, the week that I send him the manuscript, he is moving out of his office for good. He’s retiring. I mean, finally. Goodness. So that is a very emotionally fraught time, and I had not shown him anything. So he seemed alarmed and worried, maybe defensive ahead of the point, and we talked about that. But he hadn’t read the book yet.

So then a couple of weeks pass. I’m worried, and I had spent quite a lot of time on the author’s note at the end of the book, in which I make it very clear that my father never had a romantic relationship with Svetlana, that he was not in the CIA, and how grateful I am to his generosity in opening his papers to me and all that. So two weeks pass, I wrote that obviously with him in mind, and I get a call from him and he had read the book and he was extraordinarily complimentary. I mean, it meant a lot to me, and I immediately felt that we were in a better place.

The thing he said to me that I appreciated most was he said, “You got her.” And for a novelist, of course, what that means at least, and my own interpretation of it, was that the Svetlana that I created had the the rhythms and the sensibility and fought the battles of the real Svetlana. That the voice was a different voice, but kind of deeply related at an internal level. I felt very good about that.

I also think he saw that probably the biggest act of fiction in the entire book was the character of Peter Horvath, who is the lawyer in the novel and who is so different from my father and that I used that initial coming together around her defection and those first months, which were the most historically accurate to his life, as a building block to then leap off in a very different way and extrapolate on through her life and his.

John Burnham Schwartz is the bestselling author of five novels, including Northwest Corner, The Commoner, and Reservation Road, which was made into a film based on his screenplay. His books have been translated into twenty languages, and he has done extensive screen and television writing for the major Hollywood studios, including as screenwriter of HBO Films’ The Wizard of Lies starring Robert De Niro and Michelle Pfeiffer, for which he was nominated for a 2018 Writers Guild of America Award for Outstanding Writing. Literary Director of the Sun Valley Writers’ Conference, he lives in Brooklyn with his wife, writer Aleksandra Crapanzano, and their son, Garrick. 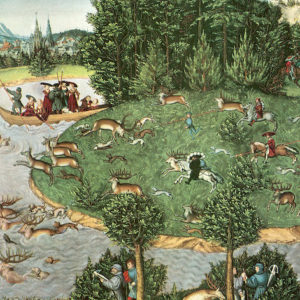 After a painting by Lucas Cranach the Elder * Beyond the window Mr Charlie’s friends are killing stags again while...
© LitHub
Back to top