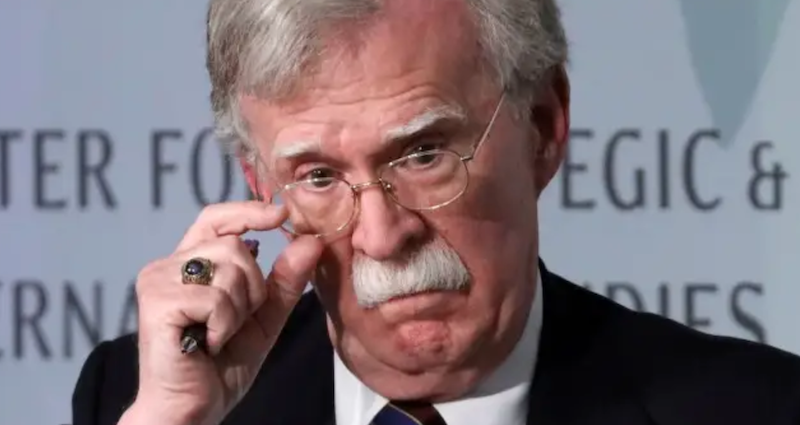 Some very important parts of former national security adviser John Bolton’s forthcoming memoir, The Room Where It Happened: A Washington Memoir (Simon & Schuster, March 17), have leaked. The bit that everyone is talking about confirms that Donald Trump did, in fact, withhold aide to Ukraine as a way to force an investigation of his political rival, Joe Biden (which is what he told Bolton in August). We’ve had three years, now, of revelations that would have otherwise doomed any *normal* presidency, so making any predictions about the fallout of these leaks is a mug’s game.

But coming as they do during senate deliberations on potential evidence and/or new witnesses in the impeachment case against Donald Trump, one can’t help but have just a little hope (“Senior Republican officials” say this makes new witnesses much more likely).

And as much as one likes to imagine a heroic and overworked assistant editor at Simon & Schuster doing the right thing, the leak likely came from somewhere in the White House, which has had the manuscript since the end of December, for standard review.

If impeachment is not strictly a trial—at least in the context of the American justice system—its prosecutors certainly have one eye focused on public perception, so the Bolton leak is much more than peripheral noise, and quickly becomes central to the Democrat’s argument. And if Republican Senators continue to deny attempts to call material witnesses, Bolton’s memoir becomes the de facto star witness in the case against Donald Trump. (Two million dollars for writing down crucial, democracy-saving testimony. 😐)

(Via the New York Times.)