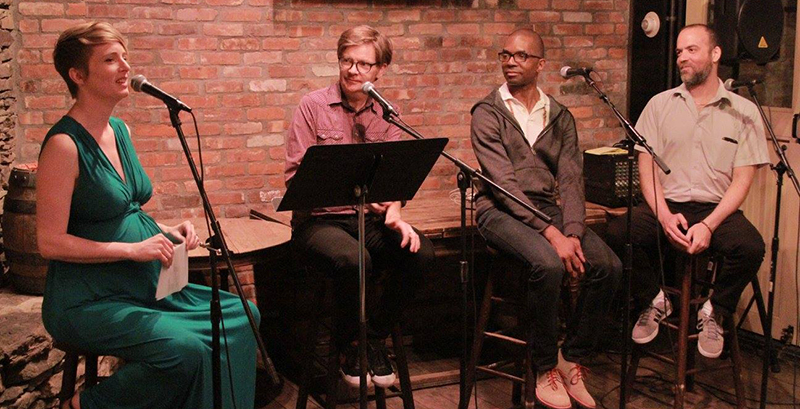 Joe Okonkwo, Rob Spillman, and Charlie Vazquez on the Importance of Music

Charlie Vázquez: I began as a musician, and I became a writer because I was a musician. I was born and raised here in New York City in the Bronx, and at 17 I moved to the West Coast to become a rock star. It didn’t exactly work out, and I am grateful for that. I was always an avid reader, and I grew up in a bilingual home where newspapers were read in two languages and I studied other languages on my own. Languages were always something that was important to me and central to my identity as a bilingual Latino. As a musician, in my first band our singer was great. He had a great stage presence and was good-looking, but he couldn’t write. He couldn’t tell stories in the form of lyrics, so my first bandleader looked at me and said, “You look like a reader. You’re reading Charles Baudelaire and this and that. Maybe you should write lyrics for Donnie because he can’t write for shit.” I thought, all right.

I enjoyed writing in school, when I had to write papers, but I never did it on my own except for depressing teenage poetry, which I burned. At 18 and 19, I started buying tiny black artist sketchbooks with unruled paper and sit in these cafes and bars in Portland and starting assembling these things that were very marijuana-inspired, and a lot of those things became song lyrics. They were compressed stories, and from there they grew to micro-fiction texts and kept growing until at 25 I sat down and said, I’m going to write a novel since I’ve had such a crazy life. I did it backwards: I started writing first, and now I’m studying writing.

Joe Okonkwo: My favorite writers are the ones that write musically, where music is in the style, whether it’s jazz-inflected or otherwise. I have a huge love of jazz music, and my novel takes place in the jazz age, so it seems appropriate to utilize a style that is very musical. I intentionally worked to duplicate some of the rhythms, melodies, and cadences in jazz. Music was central to the writing style in this novel.

Rob Spillman: For me, my parents are classical musicians, and I grew up in that world. I also came of age during the punk era, and lived in Baltimore and was in high school and college during the DC hardcore scene. My rebellion against opera was going into the DC hardcore scene. Music has always been incredibly important to me, and it was a unifying principle for the book. My relationship with music bound it together. … When I heard “Psycho Killer” on the radio in Baltimore, I was like, “There are people out there as weird as I am.” That opened the door for me.

Joe Okonkwo is an award-winning novelist, short story writer, and editor. His debut novel Jazz Moon, set against the backdrop of the Harlem Renaissance and glittering Jazz Age Paris, was published by Kensington Books in 2016. Jazz Moon won the Publishing Triangle’s prestigious 2016 Edmund White Award for Debut Fiction. It was a finalist for the Lambda Literary Award for Best Gay Fiction. Joe’s short stories have appeared in Promethean, Penumbra, Cooper Street, Storychord, LGBTsr.org, Chelsea Station, and Shotgun Honey. His work has been anthologized in Love Stories from Africa (his first fiction published outside the U.S.), Best Gay Love Stories 2009, and Best Gay Stories 2015.

Rob Spillman co-founded and edited the seminal literary magazine Tin House, which published from 1999-2019. Tin House was the recipient of the inaugural CLMP Firecracker Award for Magazine of the Year in 2015. He is the recipient PEN/Nora Magid Award for Editing, the Vido Award, presented by VIDA, Women in Literary Arts, and the CLMP Energizer Award for Acts of Outstanding Literary Citizenship. His writing has appeared in BookForum, the Boston Review, Connoisseur, Details, GQ, Guernica, Nerve, the New York Times Book Review, Rolling Stone, Salon, Spin, Sports Illustrated, Time, Vanity Fair, Vogue, among other magazines, newspapers, and essay collections. His memoir, All Tomorrow’s Parties, was published by Grove Press in 2016.

Charlie Vázquez is a self-identified queer American artist, writer, and musician of Cuban and Puerto Rican descent and a New York Foundation For The Arts and NEA Fellow for poetry. He is also the editor of Fireking Press, where he has published a novel and a book of short stories. His fiction, erotica and essays have appeared in a number of anthologies, magazines, and websites. He lives in Brooklyn, New York, with his partner, poet John Williams.

Behind the Mic: On Sunnyside Plaza by Scott Simon, Read by Lauren Fortgang

Dr. Sunita Puri on the Human Costs of Suffering 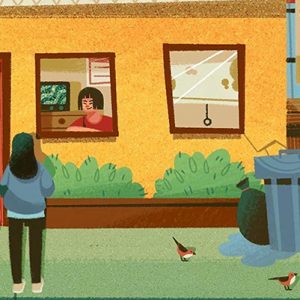 Behind the Mic: On Sunnyside Plaza by Scott Simon, Read by Lauren Fortgang