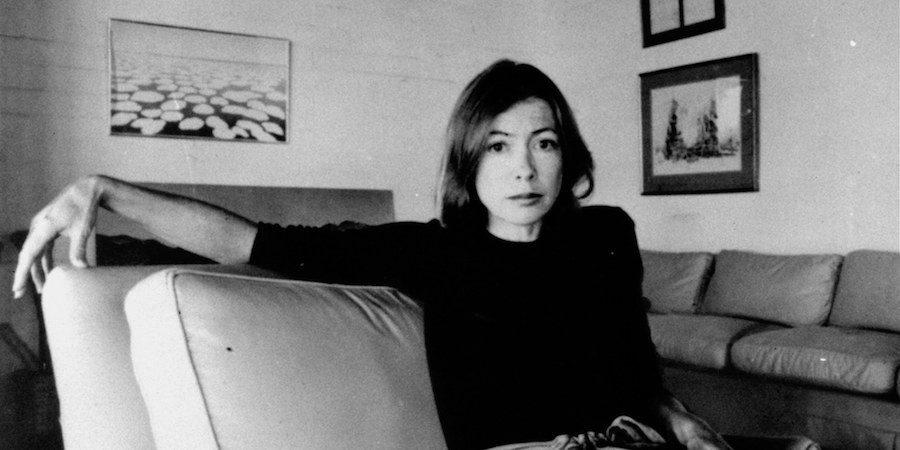 Joan Didion has died at 87.

Joan Didion died today at her home in Manhattan, The New York Times reports. The legendary novelist and essayist was 87. According to Paul Bogaards, an executive at Knopf, Didion’s publisher, the cause was Parkinson’s disease.

Didion was one of the most distinctive and influential contemporary writers, who changed the landscape of the American essay—and the landscape of American thought—with collections like Slouching Towards Bethlehem (1968) and The White Album (1979), as well as novels like Play It As It Lays (1970) and A Book of Common Prayer (1977), and memoirs The Year of Magical Thinking (2005) and Blue Nights (2011).

“Had my credentials been in order I would never have become a writer,” she wrote. “Had I been blessed with even limited access to my own mind there would have been no reason to write. I write entirely to find out what I’m thinking, what I’m looking at, what I see and what it means. What I want and what I fear. Why did the oil refineries around Carquinez Strait seem sinister to me in the summer of 1956? Why have the night lights in the Bevatron burned in my mind for twenty years? What is going on in these pictures in my mind?”

We are all glad we found out.