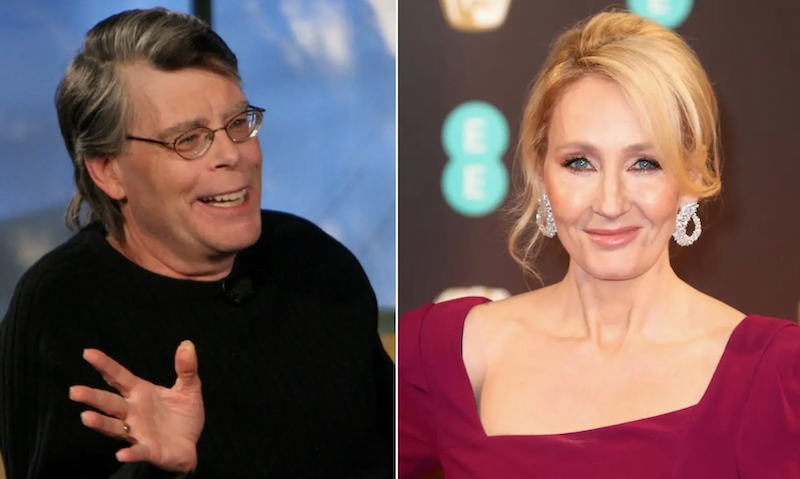 JK Rowling deleted praise of Stephen King on Twitter and I really want out of this timeline. Rowling’s insistence on “debating” the right of trans people to exist is exhausting and hurtful, and is perhaps best summed up here, by Gabrielle Bellot’s incredibly thoughtful and generous essay.

Stephen King, after thinking about it a second, tweeted “Trans women are women.” This, apparently, is a radical and terrifying thought in the UK, so JK Rowling blocked him. You can google it, honestly, if you must know the play-by-play.

*An earlier version of this post suggested that JK Rowling blocked Stephen King on Twitter, based on this report.