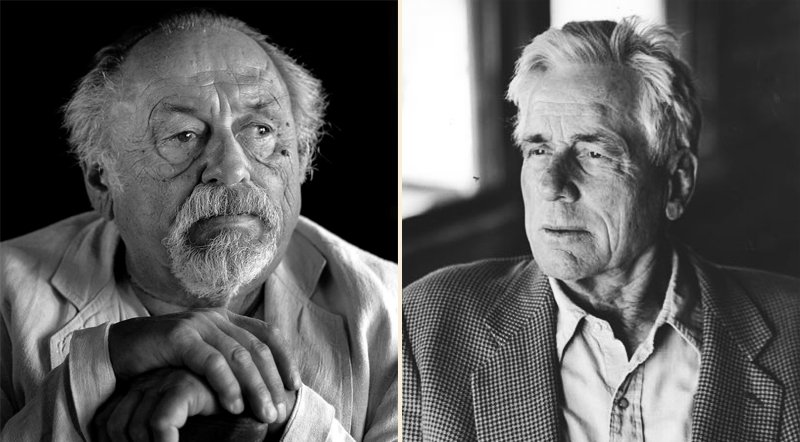 Let us give Jim Harrison in death the gift we denied him in life: stop comparing him to Ernest Hemingway. In her remembrance of Harrison for The New York Times, Margalit Fox separates the men, noting Harrison’s “prose is nothing like Hemingway’s: It is jazzier, more lyrical and more darkly comic.” Listen to Revenge for his aphoristic musicality: “Everyone wishes a measure of mystery in their life that they have done nothing in particular to deserve.” Find his lyricism in the grandness of Legends of the Fall: “They left before dawn with their father holding an oil lamp in the stable dressed in his buffalo robe, all of them silent, and the farewell breath he embraced them with rose in a small white cloud to the rafters.” Look to The Man Who Gave Up His Name for his comedy: “Nordstrom’s summer with his daughter went splendidly, so happily in a bittersweet sense in fact that he thought that it might mean that he was going to die.”

Fox’s claim that Harrison’s characters are “more marginal and far less self-assured [than Hemingway’s]—many abandon jobs and families to light out in search of meaning they never find—[and] are handled with greater tenderness” is a bit more tenuous. Jake Barnes and Robert Cohn might disagree. Hemingway’s men are wounded, as are Harrison’s. Both writers are tender toward their characters, but mostly as a matter of texture rather than empathy. Not to mention that Hemingway was a bad Catholic, while Harrison found God in the soil and sun. It might be more accurate to claim that Harrison’s characters had a wider emotional range than Hemingway’s: they are sclerotic, nasty, vulgar, sentimental, and altruistic.

Yet here we go again with the Hemingway comparisons. A much better foil for understanding the late James Thomas Harrison is the novelist Thomas McGuane. They are both from Michigan—Harrison was born in Grayling, McGuane in Wyandotte—but did not meet until they were undergraduates at Michigan State. And they both grew old out West: McGuane moved to Montana in the late 1960s, and Harrison joined him in Big Sky Country in 2002. He also lived in Patagonia, Arizona, where he died, pen in hand.

A week before his death, Harrison said that he still “obsessively” read the writing of his “old friend” McGuane. Over half a century of friendship will do that trick. It is difficult to find two contemporary fiction writers who were more important to each other than Harrison and McGuane. McGuane said “We’ve managed to bolster one another in a fairly high view of the mission of writing, so that in lean years and blocked times it still felt that it was kind of a religious commitment.” The relationship was not merely spiritual; Harrison was instrumental in getting McGuane’s debut novel, The Sporting Club, published at Simon & Schuster. The novel is exactly the type of darkly comic farce that Harrison would appreciate. In the book’s first scene, old friends reunite at a Michigan hunting and fishing club, and promptly engage in a basement duel. One fells the other with a pair of wax bullets. It’s easy to imagine this as Harrison and McGuane themselves, one bruised from the fake rounds, the other twirling his pistol, both cackling together in the Michigan wilderness.

After The Sporting Club, McGuane would continue to produce exquisitely written but comic romps for the rest of the 1970s, culminating with his personal favorite but critically lambasted 1978 novel Panama. By then McGuane was known as “Captain Berserko.” Harrison never had such a colorful nickname, but his infamous appetite for food and drink was once supplemented with a steady strain of cocaine. His slim but sharply written novel A Good Day to Die feels like one iteration of the Harrison identity: raw, rough, and wild. Taken at a quick glance, the novel seems like it could have been written by either man, though I do not mean that to be reductive. Writers are a stubborn bunch; even within friendship that borders on and blurs into love, we can still detect creases and the crevices. McGuane’s sarcastic novels had a certain pageantry. Their violence was Vaudevillian; think The Bushwhacked Piano and Ninety-two in the Shade, a novel whose pointed violence still unfolded within a certain haze.

Harrison, on the other hand, played with actual fire. The author’s note for A Good Day to Die was a warning: “Certain technical aspects of the handling of explosives have been deliberately altered and blurred to protect innocent life and property.” And then an epigraph from Rilke: “Each torpid turn of this world bears such disinherited children to whom neither what’s been, nor what is coming, belongs.”

That marked juxtaposition of tone was pure Harrison. There was the pastoral, the violence, the sex, the poetry, the drinking, the cooking, the drugs, the men and the women. But what really made Harrison singular was his dynamic range, his ability to shift between the highest and the lowest of us. Between dynamite and Dante. There are no saints in A Good Day to Die or in many of Harrison’s other works, but how beautiful these sinners are. Their vicious actions are gilded by what Harrison called his “intoxication with language.”

His novella Revenge shares that intoxication. At every step of the way, Harrison gave in to the song of sentences. The novella’s first sentence—“You could not tell if you were a bird descending (and there was a bird descending, a vulture) if the naked man was dead or alive”—introduces the reader to a particular method of language that was different than expected. It was certainly not experimental in the way of contemporaries like Thomas Pynchon, Robert Coover, and William Gass, who McGuane said “recommend themselves to, or design themselves for, exegetes. They fit into teaching.” Revenge might be Harrison at his most plot-focused, and the crooked descent of the bird in that first sentence is justified because the “man didn’t know himself” if he was dead or alive. After all, “carrion was shared not by the shearer’s design but by a pattern set before anyone knew there were patterns.”

The man’s expiration is watched not only by the vulture, but also a coyote, her pups, and an old male coyote whose “belly was full of javelina and watching this dying man was simply the most interesting thing to happen his way in a long time.” There’s no hymn to nature here: “It was all curiosity though: when the man died the coyote would simply walk away and leave it to the vultures.” The coyote had been watching even “when the naked man had been thrown from the car the night before.” And with that tease, Harrison ends the first section of the tale. But the man is not dead yet. Harrison pulls us forward with the man in a coma, his identity of much interest to certain Mexican locals. With the calm yet pointed narration he employs elsewhere, Harrison slowly reveals the identity of this man, Cochran, who lay “squinting up at the darkness and the soft whirr of the oak-paddled ceiling fan.” A man who “saw his beating as a long thread that led back from his immediate present, from this room almost to his birth.”

The narrator repeats a phrase—“It’s not necessary to know too much about the man”—as he slyly unwinds Cochran’s biography. Suspense scaffolds Harrison’s sentences: “The morning before Mauro and his daughter had found him by the roadside, excepting the following morning when he was nothing but a dying piece of meat rotting through the day into evening, he had awakened in an uncommon state of what he thought was love.”

Harrison saved much of that emotion of love for his poetry. After the late 70s, McGuane’s bottoming-out changed Harrison: “What I thought was marvelous about McGuane . . . was that he turned it all around at age forty-some . . . I used to say to him, ‘You’ve gone from being my outstanding negative example, to being my outstanding positive example, from being this fierce street fighter, crazed drunk, to being kind and wise, and I’m not sure how to handle it.’” Harrison’s first collection of poems, Plain Song, was published in 1965. When Harrison started writing in high school, he wanted to be a novelist, but “all I could write was poems, ’cause I had an attention span something like Richard Nixon’s, very brief; poetry is a young man’s form.” Although Harrison had been publishing poetry for many years before his friend McGuane demonstrated a slower approach to life, Harrison’s verse always operated on another, softer level than his prose.

In the introduction to his collected poems, Harrison reflected that he wrote a “goodly number of novels and novellas but they sometimes strike me as extra, burly flesh on the true bones of my life.” He admits the images of his poems emerged “from what job I had at the time to support my family, what studio or kitchen table I used to write the work, where we lived at the time, and my usual obsession with what kind of cheap wine I was drinking.” While his fictional cadence and syntax mirrors early Cormac McCarthy in works like The Orchard Keeper, Harrison’s verse is entirely different in structure. Early poems like “Exercise” are minimal, paced: “Hear this touch: grass parts / for the snake, / in furrows, / soil curves around itself.” Those are gentle lines.

In poems like “Nightmare,” Harrison was able to capture the murk of a tired mind: “in the loft / the hot straw suffocates / the rafters become snakes / / through the mow door / three deer in a cool pasture / nibbling at the grass / mercurous in the moon.” Although we might see Harrison’s fictional syntax gesture toward such layers, his poetry reveals an awareness of how cadence is built.

All elegies lean toward the sentimental, but Harrison would likely want an honest goodbye. Here we should return to A Good Day to Die, whose terrible, selfish narrator is worth listening to. “Someone once said,” he begins one chapter, “that we are only the shadows of our imagination on earth. I sort of liked the idea that the three of us were darting to and fro like the minnows in the spring up in the Pedregosas while my poor brain was somewhere else trying to create a superstructure for what was taking place.” Harrison could bake all of his greatest concerns—poetry, eternity, souls, wanderers, confusion, and even fishing—into a single sentence. Such range is, no doubt, a risk. Harrison was fine with that: “The novelist who refuses sentiment refuses the full spectrum of human behavior, and then he just dries up. Irony is always scratching your tired ass, whatever way you look at it. I would rather give full vent to all human loves and disappointments, and take a chance on being corny, than die a smartass.”

How Books Can Help Us Survive a War 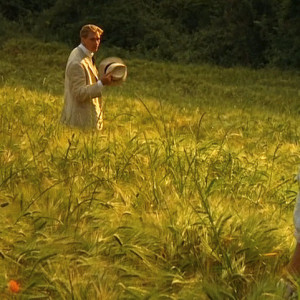 It began with Gerald Durrell, a trip to Greece, and a slaughtered lamb. I was seven years old; my mum—exhausted from...
© LitHub
Back to top