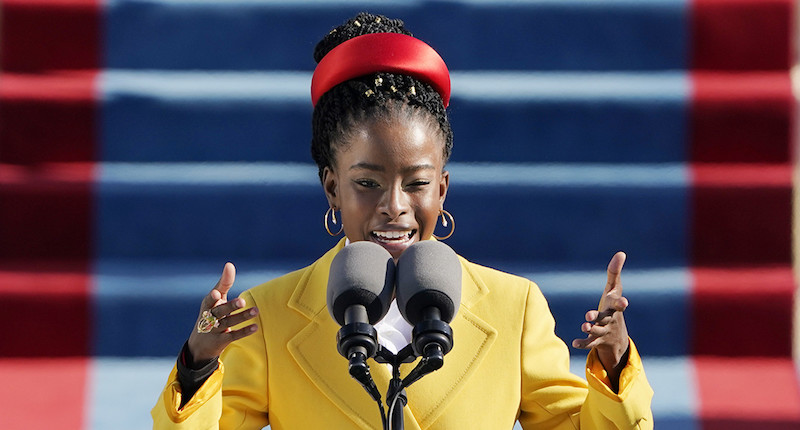 Jhumpa Lahiri has weighed in on the Amanda Gorman translation controversy.

Two months ago, Marieke Lucas Rijneveld stepped down from the position of Dutch translator for Amanda Gorman’s inauguration poem “The Hill We Climb” after journalists and poets raised concerns about a white translator’s unfitness to translate a poem authored by a Black author whose text deals with race. Dutch publisher Meulenhoff subsequently apologized for their choice of Rijneveld and stated their intentions to hire a team of translators, rather than a single translator, to replace Rijneveld.

Rijneveld’s resignation served as a flash point for larger conversations in the translation and publishing community, both about racial inequity in translation opportunities and about the ideal role of the translator. The latest to weigh in: author Jhumpa Lahiri. In an interview with TIME, Lahiri shared her thoughts on Rijneveld’s decision to step down:

I found it problematic for a variety of reasons. It goes against what translation at heart really is, which is a bringing together of those who are different, and don’t know one another’s experiences vis a vis language. What’s beautiful and powerful and ethically valuable about translation is this intense attention to the other, and not only attention, but an identification with a sort of transference. It’s a very layered, complex and intimate process to translate another person’s words. What is extraordinary is that ability for someone to bring another person’s words to life in another language without knowledge of the person, the country that person lived in, in spite of all those layers of difference and separation.

From a writer’s point of view, I think about all of the people I’m so incredibly grateful to around the world who have translated my work. I don’t look for the person to be like me. I look for the person who’s going to be able to read me, and that can be anybody. That should be anybody. If we want to reduce the equation to “like, like, like,” we’re losing sight of the incredible strides that we have made and can continue to make as a human race, as a body of people on Earth who speak different languages, who live different lives, who are different, and yet can form connection through that translated text, reach a new readership. I believe this very, very strongly. I teach translation at Princeton, and I talk about these things with my students because I think it’s very important.

Lahiri recently embarked on a significant translation project of her own: her new novel Whereabouts is an English translation of her 2018 novel Dove Mi Trovo, which she wrote and released in Italian. Said Lahiri, “[Translating my own work] gave me a much more intense glimpse onto myself and my own writing, for good or for ill.”