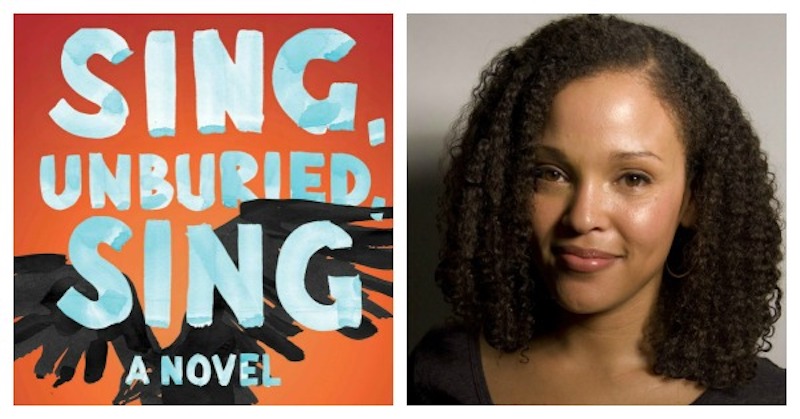 America is haunted by its own history. White supremacists misuse the past as justification to further their agendas as they gather for violent rallies in places like Charlottesville, Virginia. All of which happens under a president who reinforces this behavior, instead of condemning it.

“I never thought I’d live in this country, even though I grew up in Mississippi and, as I’ve written about multiple times, experienced some racism,” National Book Award winning author Jesmyn Ward says. “The fact that people relish being willfully ignorant now is frightening, and it’s heartbreaking that it does not seem like an isolated phenomena. It’s something that’s being celebrated. Most days I don’t know what to do with it. [I can] write, and use the voice that I have and the access that I’ve been given to push back against that and to dispel and fight some of that willful ignorance. But it’s hard. It’s tough.”

This plague of hatred is why Ward’s spectacular Sing, Unburied, Sing is the novel every American needs to read, a book in which the dead and the living occupy the same space.

“I feel like history—the way history bears in the present—is what I’m constantly wrestling with in all of my work. An idea I keep coming back to over and over again is that time isn’t linear, and that in this moment, we’re living with the ramifications of the past, all the time,” Ward says. Part of the reason she wrote Sing, Unburied, Sing was to address the worst of Mississippi’s history.

Her characters are defined by the past. Jojo is a 13-year-old boy who lives with his terminally ill Mam and his Pop in a small town in Mississippi. He helps care for his younger sister, Kayla. Their mother, Leonie, is a drug addict who never fully recovered from her brother’s wrongful death. Pop has his own grief, in addition to losing his son, centered around a boy named Richie who he knew when they were inmates at Parchman Farm many years ago. But the past overlaps with the present when Leonie takes her kids on a road trip to pick up their white father, Michael, from the same prison. Michael grew up around racist parents, and that’s something he can’t escape.

“[Grief] seems to be one of the major filaments of their lives,” Ward says. “This thing that binds them, because they share this sense of a loss, and a sense of grief at loving. It’s very different for every character as far as who exactly they lost. All of the characters share that experience, of loving someone, and then losing them and having to learn how to live life without them.”

Ward grew up and lives in a small town on the Gulf Coast of Mississippi, and her fiction is heavily influenced by where she’s from. The people, the circumstances, and even nature—the landscape and the birds and the trees. “I think part of the reason I do that is because it’s fairly rural down here where I live, but there are birds everywhere and I live on the coast and so there’s water everywhere,” Ward says. “There’s the gulf and there are rivers, and so I think that this landscape influences my understanding of language and my figurative language, and because my characters are from this place, I feel like it influences how they make associations between different things and how they see the world.”

One might assume that living in a small town would make it difficult to write about it. But for Ward, that’s not true.

She can’t, and she won’t. Her own experiences inform her characters, too, even though they can be very different from her. Leonie, for instance, isn’t anything like Ward (she’s a drug addict and a neglectful mother). But Leonie and her creator do have one major thing in common: they both lost their brothers. That grief is what motivates Leonie. Ward could write into that pain because the pain was recognizable.

“When I think about grief and learning to live with loss, I always think of Leonie,” Ward says. “Because she’s so bad at it. The grief that she feels at the loss of her brother and living without [her partner], both of those grievances inform who she is.”

She makes a home in her sadness.

Jojo has to leave his home to learn what it means to him. It’s not just a physical location. It’s his grandparents and his sister, who provide the love and support he needs.

“Home is other people,” Ward says. And that’s why the ghost of Richie follows Jojo back to where Pop lives. “Pop was the only one that loved him while he was alive,” Ward says. “[He] created a home for him in a very harsh place.” Jojo interacts with this ghost-boy, and in the process, grows even closer to his own grandfather.

Richie tells Jojo “Home is about the earth. Whether the earth opens up to you. Whether it pulls you so close the space between you and it melt and y’all one and it beats like your heart.” But the earth isn’t always a loving place, as Richie learns firsthand.

“Sometimes, the world don’t give you what you need, no matter how hard you look,” Leonie thinks midway through the novel. “Sometimes, it withholds.”

Sing, Unburied, Sing is a song for the weary, the addicted, the despondent, the confused, the spirits who long to be free.

There’s a sentence toward the end of the book that’s haunting. Leonie drives away with Michael and says “We hold hands and pretend at forgetting.” She wants to leave her roles of mother and daughter and drug addict behind. But she can’t ever leave anything behind. And that’s one of the major lessons of the book. 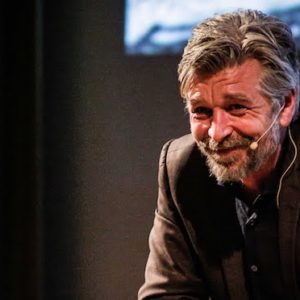