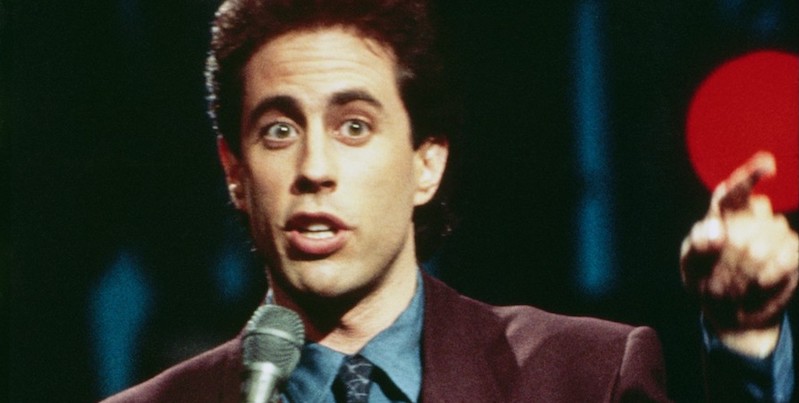 Jerry Seinfeld’s first book since the ’90s will show how his jokes have evolved.

For the better part of the last decade, outside of Seinfeld reruns we’ve mostly seen Jerry Seinfeld resting peaceably on his laurels with his ongoing web series, Comedians in Cars Getting Coffee. The series, which is exactly what it sounds like, has produced nearly 90 episodes since its debut in 2012.

This fall, Seinfeld fans can look forward to the comedian’s first book in nearly 30 years. As the Associated Press reports, the book will trace the evolution of Seinfeld’s comedic style since the 1970s, when he was a college-aged comic on the night circuit.

Seinfeld’s 1993 book Seinlanguage was a #1 New York Times bestseller, a work of observational comedy published at the height of the comedian’s fame.

“Whenever I came up with a funny bit, whether it happened on a stage, in a conversation, or working it out on my preferred canvas, the big yellow legal pad, I kept it in one of those old-school accordion folders,” Seinfeld said in a statement to the AP. “So, I have every piece of stand-up comedy I thought was worth saving from 45 years of hacking away at this for all I was worth.”

The book, which is still untitled, will be published in early October 2020.