no bullshit, no sugar-coating, no imposed toughness

I first heard of Jenny Diski when I stumbled upon her cancer writing. I’m not sure she would have liked that, and I certainly wish I had known of her before. Inevitably, I was magnetized by the way she did the only thing she could after hearing the diagnosis (despite, as is often the case with Diski, debating whether she should): write, write, write. Anyone who writes about their illness risks becoming prey for what some call pity porn—attracting the voyeur, an intrusive approach from a reader who feels that because they are being told such intimate information, they have a right to dwell and self-righteously feel better for it. But Diski made that impossible, by looking cancer—and the reader—in the eye. In a manner that to me felt similar to Oliver Sack’s immensely moving writing about his own illness, she didn’t quite want your sympathy, but she shared the reality put before her with writing so beautiful and honest it was impossible to look away. And why would you?

Diski was self-conscious and extremely weary (“A fucking cancer diary? Another fucking cancer diary. Can there possibly be anything new to add?”). But she could not help writing. It does help the rest of us, of course, to make sense of a random and horrific illness when brilliant writers put exquisitely into words the ridiculous, impotent, and sometimes comical realities of it. “I will not personify the cancer cells inside me in any form. I reject all metaphors of attack or enmity in the midst, and will have nothing whatever to do with any notion of desert, punishment, fairness or unfairness, or any kind of moral causality. But I sense that I can’t avoid the cancer clichés simply by rejecting them,” she wrote in A Diagnosis, the first installment of what would become her diary for the London Review of Books. Despite herself, she did manage to write about it in a new way.

From this diary I discovered the rest of her non-fiction; her thoughts on addiction and depression; her travel writing which resonated with my solo traveling experiences (“I travel in order to keep still,” she says in the opening to Stranger on a Train); the fact that she as a young girl she’d been taken in by Doris Lessing after surviving an atrocious childhood; and the anecdote that she had, as an adolescent, ridden the Circle Line for hours on end in London, the city I now call home. Few writers have managed to wedge themselves so incredibly in my head, and at the same time make me feel as if I was in theirs. There was no bullshit, no sugar-coating, no imposed toughness. Now I am left crippled with what feels like an only tangential knowledge of Diski—and a slight sense of guilt for having failed to read more of her work in her lifetime.

Marta Bausells is an editor-at-large for Literary Hub. Her work has appeared in The Guardian, Electric Literature, Literary Review and other publications, and she is the creator and former editor of the Guardian Books Network. She lives in London and originally hails from Barcelona. You can find her on Twitter @martabausells.
Share: 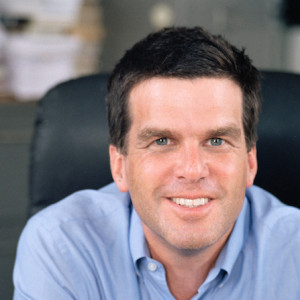