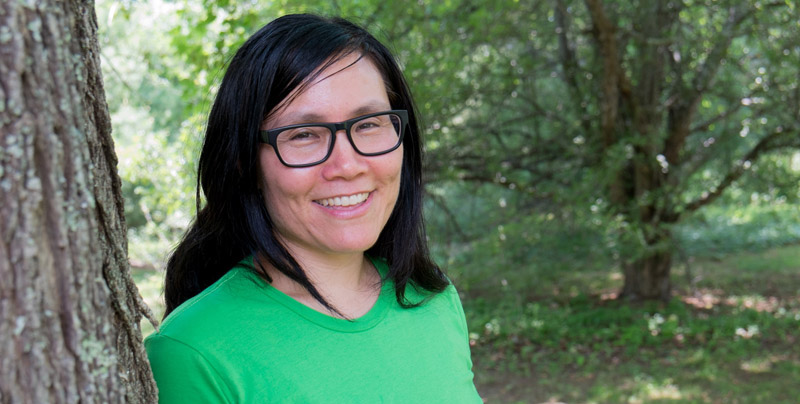 In any genre, the sentences of poet and prose writer Jennifer Tseng have an alluring precision. Her knowledge of multiple languages informs both the stories she tells and how she tells them. In her recently released work, The Passion of Woo and Isolde, selected by Amelia Gray for the Rose Metal Press Chapbook Prize, Tseng subverts the expectations of what a story about multilingual cultural-crossing characters may contain. Each of the elegantly restrained stories in Woo and Isolde returns to the question of the unsayable. In Tseng’s work, she preserves the essential meanings by never addressing them too directly.

Confucius, Tseng states at the start of a story in the collection, said a true education begins with poetry, and she adheres to that belief throughout these brief mesmerizing stories. Their poetic concision brings to mind the streamlined prose pieces of Lydia Davis and left me curious to ask Tseng how her work in other genres and languages led her to the stories in Woo and Isolde.

Idra Novey: I returned to your prose piece “The Fence” after reading the number of Syrian refugees granted entry to the United States might be reduced even more drastically than the current, shamefully low numbers under Trump’s reign. What especially resonated was your line about “the secret burn” of knowing it’s possible to “go beyond, survive, and return.” What has it been like, reading from pieces like “The Fence,” aloud in the current state of the country?

Jennifer Tseng: Always, when I read or write, I’m aware that someone hearing or reading my work might walk away without feeling pressed to consider what I’ve said. That I haven’t been forceful or direct enough. This is an ongoing dilemma for me as a writer. How can I take pleasure in the beauty of language without obscuring meaning; can I allow myself to be dazzled by words without losing consciousness? How do I cultivate ambiguity and possibility without endorsing neutrality? Can I let my work be led by complexity without losing sight of simple, urgent messages? Reading and writing during the reign of a fascist president, I feel the weight of these questions more than ever.

IN: Throughout your prose poems, as in your exquisite novel Mayumi and the Sea of Happiness, you return to the mysterious changes people undergo when they reconstruct themselves in another tongue. In one prose poem, newlyweds who don’t speak the same language make love without comprehending each other. Was this an explicit focus throughout?

JT: Absolutely. The mysteries of transformation and difference are longstanding obsessions. As a child, I watched my parents constantly being transformed by language and by their differences. Our white mother was one person in English, another person in Chinese, another person in English when speaking to our father, yet another when speaking to him in Chinese, and so on. Our father was one person when speaking English to his American superiors, another when speaking Chinese to his Chinese colleagues, yet another when yelling at our mother in English and so on. To our mother, white symbolized purity and cleanliness; to our father, white was the color of death, a bad omen. Our mother hated red, a color she’d been forced to wear because she was a girl; to our father, red was lucky, red was happiness. And colors were just the beginning! Their many deep differences transformed them—and my sister and me—indelibly.

Your use of the word “reconstruct” when describing the transformation of selves in other tongues conjures the image of a house being taken apart and put back together again. Mysteriously, the second (or third or fourth…) house is never the same as the first. We lose pieces of it, we add new materials. One of the most painful, though potentially exciting, things about the reconstruction is that we not only reconstruct ourselves, we are reconstructed. We make and we are made.

IN: Yes, it is impossible to reconstruct an exact replica of an earlier house or self.  Annihilation wills people into the unknown whether they want to enter it or not. A number of the poems in this book explore that inability to reconstruct an earlier self—and also the tendency toward nostalgia for an earlier house or self, to romanticize them as purer and less problematic than one’s current home, though no house or self is without its drawbacks. Was that a conflict you had in mind when writing these prose poems?

JT: Some would argue it’s a conflict I should have had in mind, but I rarely enter a story or a poem on a thematic mission or with a particular conflict in mind. The challenges I give  myself tend to be form or image or language-related rather than idea-driven. I find it difficult to set out to write about an idea. I admire the writer who says, “I’d like to write a poem against nostalgia.” and then does! My best work succeeds unselfconsciously, for unconscious reasons. This is not to say I have no control over what I write (though I feel like this sometimes). My instinct guides me throughout the composition process. Once I have a draft, then I can think more critically about the problematics of nostalgia and whatnot.

My immigrant father was rarely, if ever, nostalgic about his native China or his second country Taiwan. He was quite critical of both and critical of his third country, the US. Indeed, his tendency was to condemn all three countries. Then again, he had the luxury of choosing to come here. I imagine nostalgia is more acute among immigrants who were forced to leave their native countries, perhaps even more so for those whose countries have ceased to exist i.e. no longer appear on any map. The home country literally takes on dream like proportions. I wonder if children of immigrants, especially those who have never visited their parents’ home countries, are also prone to nostalgia or at the very least, prone to maintaining an avid interest in those countries. I certainly am. Lucky for me, my father always had a glass of cold water, ready to throw in my face if ever I showed signs of romanticizing any place. He was an anti-nostalgia poem in human form.

IN: I also aspire to be an anti-nostalgia poem in human form. The Chilean poet Nicanor Parra calls himself the anti-poeta who writes anti-poemas. In this new collection of prose pieces, were you intentionally writing against something? Or toward?

JT: Haha, this must be why I’m so drawn to you. I’m an anti-nostalgia poem in human form magnet. I’m usually writing against something. My father, who was a judge and with whom I have a few things in common temperamentally, spent years teaching me how to argue. We sparred often. My temperament and upbringing aside, this collection came about a little differently. It’s essentially a collage I made with work that I had in a drawer. In so far as it was an excavation project, I was writing toward something, looking—as I dug through the drawer, sifted through the pages and lifted some up onto the desk—for a shape, for what the book was about, what the pieces might have in common, what the potential relationships were between them. It was a journey toward the past, toward existing meaning.

IN: And yet, despite journeying toward the past, there is a misty futuristic feel to stories like “The Fence.” Could you talk about what kind of changes you added to the pages from this excavation of past work and what prompted you to revisit and revise these pieces as a future self returning to pages from the past?

JT: One day, I was feeling especially impoverished and so I asked myself, in the way of a therapist: How are you rich? What are your assets? Immediately my mind flew to the work in the drawer. As I approached the material, I did so thinking: Use what you have. Be receptive to what’s here. It was the action of a desperate person trying to calm herself. The next day, I saw the Rose Metal announcement whose deadline was the following day. Suddenly, I was on a mission to find out whether or not there was a book in that drawer. I told myself if there was, it would leap out at me; if not, I would let the idea go. A draft emerged quickly. Once I had that, I added a few new pieces. It was really thrilling. I’d never worked that way before, so quickly and so driven by the search for shape and meaning. In the end, it was as much about discovering my own obsessions—immigration and exile, the unknown and the forbidden—as it was about finding the book. 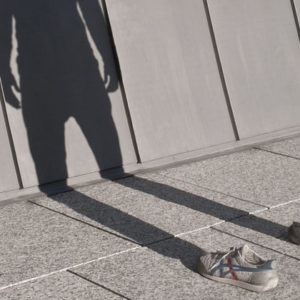 When I was four, I turned to my mum and asked her when I would turn white, because all the good people on TV were white,...
© LitHub
Back to top