Latin Americans Make Up 25% of MLB Players. What Does That Mean For Latinos?

Rudolph examines the perception by media and fans of Latino baseball players and the consumption of these athletes as both social and political stand-ins for an entire culture, showing how these participants in the nationalist game of baseball exemplify tensions over race, nation, and language for some while simultaneously revealing baseball as a practice of latinidad, or pan-Latina/o/x identity, for others. By simultaneously exploring the ways in which Latino baseball players can appear both as threats to American values and the embodiment of the American Dream, and engaging with both archival research and new media representations of MLB players, Rudolph sheds new light on the current ambivalence of mainstream American media and fans towards Latin/o culture.

Behind the Mic: On The Sandman by Neil Gaiman and Dirk Maggs [Adapt.], Read by James McAvoy and a Full Cast 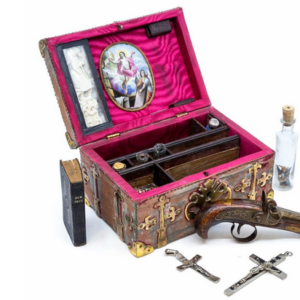 It is a truth universally acknowledged that vampires make for the best entertainment content. They do, they just do, and they...
© LitHub
Back to top