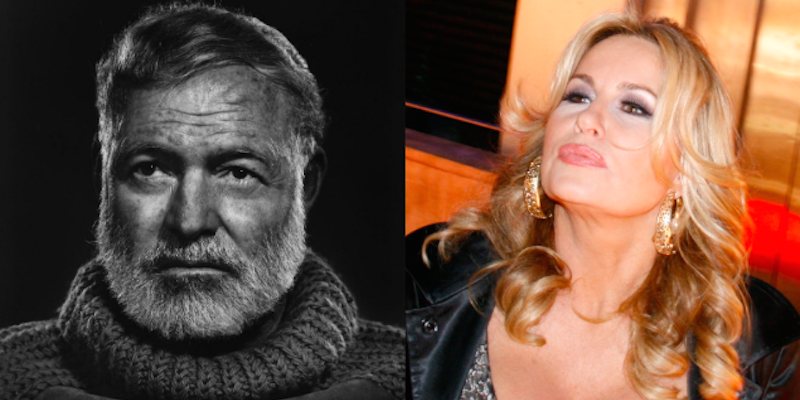 Jennifer Coolidge used to pretend to be a fake Hemingway daughter named Muffin to get into clubs.

Here’s a delightful bit of trivia: when Jennifer Coolidge—of Best in Show, Legally Blonde, and American Pie fame—was working as a waitress in New York City, she talked her way into nightclubs by pretending to be a lesser (and fake) Hemingway daughter named Muffin.

Ernest Hemingway’s son, Jack, had three daughters, Mariel, Margaux, and Joan (nicknamed Muffet), so Coolidge’s ruse was pretty solid. And it worked! Coolidge told E. Alex Jung at Vulture, “One time I got thrown out of a club because I was behaving badly, and they said, ‘Don’t ever come back here, Muffin!’ ”

As Grandpappy Hemingway himself put it, in an interview with Dorothy Parker, the definition of “guts” is “grace under pressure,” so I have to assume he would have admired Coolidge’s aplomb.

The whole profile is worth a read, and though it’s part of the publicity cycle for a Mike White-authored HBO series in which Coolidge plays a woman who traveled to a luxury resort in Hawaii, it left me longing for an additional series about the life and times of Muffin Hemingway.