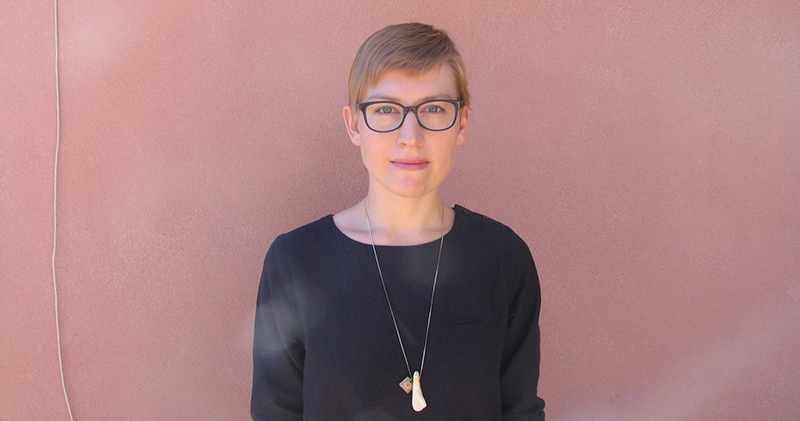 Jenn Shapland is this week’s guest. Her debut, My Autobiography of Carson McCullers, is a genre-bending work of nonfiction. It is available from Tin House Books.

Jenn Shapland: I was at the Harry Ransom Center in Austin, Texas, which is this giant archive on the University of Texas campus. They have the papers, manuscripts and belongings of a ton of major writers and artists. I was an intern there during graduate school, and one day I happened upon these letters between Carson McCullers and a woman named Annemarie Clarac-Schwarzenbach. So that was kind of what started the whole thing.

Brad Listi: How did you happen upon these letters? They just showed up.

Jenn Shapland: My job there involved doing research when other scholars would have a project they were working on and some papers they needed to see. They would email, write, or show up and ask to see certain certain things that we had in the collection. So someone asked to see these letters. I went down and pulled them for the scholar, but I happened to start reading them while I was counting the pages, which was really all they were asking me to do.

Brad Listi: And how can you resist? It’s like reading somebody’s letters.

Jenn Shapland: Right. I think that maybe the best person for that job is the same person who has like no curiosity and no real interests. But I was constantly getting sidetracked at that job and finding all kinds of little mysteries that I wanted to solve, just tracking all the kinds of funny and unexpected things you notice, like Faulkner’s handwriting is really crazy and tiny and meticulous but he was also a drunk. It’s very confusing to see how he was able to write like that. It would always suck me in.

Brad Listi: Can I ask you a question? Where do these letters live? I have never been to an archive. I’m kind of embarrassed to say, are they in just a box? How do they keep stuff so that it’s preserved?

Jenn Shapland: They are in a box. It’s like a gray manuscript box. So within the box there are folders so that the papers go in the folders. The folders are kind of vertical within the box, if that makes sense, like a filing cabinet almost, and the box is in the basement of the Ransom Center in the manuscript collection, which everything’s housed on these metal shelving units that slide back and forth electronically. So you can push a button to slide over to get into different aisle, which I always thought was fascinating. It’s just really strange, like a mechanical space that houses these incredibly intimate, tactile objects and letters and manuscripts. All of the drafts of Infinite Jest are there and all the drafts of books by Norman Mailer and Don DeLillo.

Jenn Shapland‘s nonfiction has been published in O, the Oprah Magazine, The Paris Review daily, Tin House, Outside ​online, Lit Hub, and elsewhere. Her essay “Finders, Keepers” won a 2017 Pushcart Prize, and she was awarded the 2019 Rabkin Foundation Award for art journalism. She has a PhD in English from the University of Texas at Austin and lives in New Mexico.

On Finding Comfort in the Diaries of Virginia Woolf 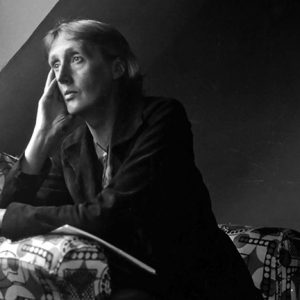 On Finding Comfort in the Diaries of Virginia Woolf