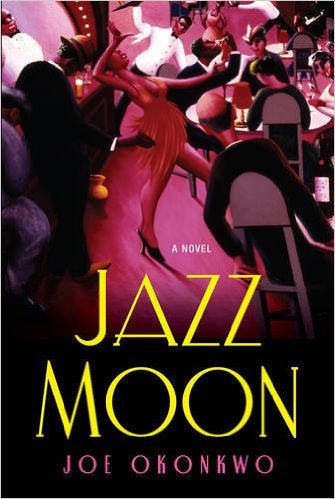 The following is from Joe Okonkwo’s novel, Jazz Moon. Okonkwo's debut novel Jazz Moon, set against the backdrop of the Harlem Renaissance and glittering Jazz Age Paris, was published by Kensington Books in 2016. His stories have been published in Shotgun Honey, Best Gay Stories 2015, Cooper Street, and Storychord. Joe serves as Prose Editor for Newtown Literary and Editor of Best Gay Stories 2017 published by Lethe Press. He lives in Queens, New York.

Where was Baby Back? And what would Ben do when he found him?

A guy in a seersucker suit and red necktie sat on the floor of the basement, next to a door, long legs spread wide, his feet shoeless and sockless. He smoked a reefer cigarette and smiled like the cat who had swallowed the canary, the eggs, the nest, and the tree.

“Heyyyyyy, mon. What you looking for?” he asked in a singsong West Indian accent.

“A guy? Ain’t we all? You let me know when you find one, mon, and if he got a cute friend, you tell him I’m available. Oh, you mean a specific guy? You think he might be down here? It’s one meter to come in here, mon.”

“I already paid at the door,” Ben said.

“That was general admission. This here is a special exhibition.”

“And don’t touch the displays, right?”

It was darker than the other rooms. A saxophone whined. A bar sat at the back. The display: two guys—one black, one tan. The black one on all fours, the tan one topping him. Ben paid heightened attention to the one on all fours. He didn’t seem to be in pain.

Small tables along the walls took the place of sofas. Only men in this room. They sat in twos or an occasional three, talking quietly and drinking. Only a few single guys and they scrutinized each new man who entered. Candles lit each table. Couples slow-danced in the empty space in the center of the floor. Cheek against cheek. Lips bruising lips. All to the moan of the sax and the clinking of teacups filled with bootleg liquor.

Ben didn’t know if he’d discovered Sodom and Gomorrah or paradise, but he watched these men and felt like he’d come home. He bought a drink, found a table, and hadn’t been sitting two minutes when he saw him: Baby Back, at a table along the opposite wall with two guys. He faced Ben’s direction, but was too consumed in his conversation to notice him. Ben willed him to look over. It took ten minutes, but he did. Baby Back eyed him, frowned, then resumed his conversation. He looked over again, said something to his friends, then crossed the floor, weaving in and out through the dancing couples.

“And you ain’t ignoring me this time.” Silence, then, “That hurt my feelings.”

“You hurt mine. When you walked out with that three-dollar whore.”

“She was a two-dollar whore. And I’m sorry.”

Baby Back analyzed Ben. A judge sizing up a defendant. “What’s your story? I don’t understand you. You don’t make sense. You let me flirt with you right in front of your wife. You recite a love poem for me. And then you flaunt that whore in my face. What the fuck is wrong with you? You need to go to one of them head doctors.”

He nearly capsized two dancers as he clomped back across the floor to rejoin his friends.

Ben sedated himself with more alcohol to keep from crying.

It got late. The place began to clear out. He finished his whiskey, wanted another, but had run out of money. Baby Back and company headed to the door, laughing. He slapped one of his friends on his backside. And now Ben regretted his poverty because he needed more alcohol to buffer his pain.

He felt a hand squeeze his shoulder. It was warm, its weight good.

“I shouldn’t have said that, about the head doctor,” Baby Back said.

Ben shook his head no.

“You think she’d believe it if she knew?” Baby Back said.

“I don’t think I believe it. This place is a mess.”

“Looks like you’ve had a lot to drink tonight,” Baby Back said.

“I have a lot to drink every night. Trying to flush this thing out of me.”

Baby Back did. Something caught his eye, Ben followed his gaze to the dance floor. Only two couples dancing now. One couple dipped each other and threw back their heads, laughing. But Baby Back watched the quieter, slower pair. You couldn’t even call what they were doing dancing. They just held each other and swayed a little to the sax.

“They look like…like they love each other.”

“They do.” Baby Back reached across the table, touched Ben’s hand, pressed it. “Now why would you want to flush that out of you?”

Ben slid his hand away. “Where you from, Baby Back?”

His abruptness made the trumpeter wince. “South Carolina. You?”

“Georgia. How long you been up here?”

“Nine years. Had to get away from them goddamn crackers. South Carolina ain’t no place for a colored boy. ’Specially one who…” He looked over at the sweet couple on the dance floor. The shorter man pressed his head against his tall partner’s chest. His partner’s hand cupped the back of his head. Both held their eyes shut. “Well. I had to go. Can I tell you something? Please?”

Ben lifted his eyes out of his empty glass.

“You’re the handsomest, most charming man I’ve ever met,” Baby Back said.

He took Ben’s hand again, and kissed it. It felt so good, Ben shuddered. Baby Back kissed it again. And again. Then he pulled Ben up from the table and onto the dance floor. Now they, too, slow danced, Ben’s head against Baby Back’s shoulder, his forehead just touching the trumpeter’s neck where the skin was warm, a little stubbly. He let Baby Back lead, let himself flow and float.

The sax player started a new tune and they returned to the table. They pressed hands again, their fingers skating across each other’s palms.

“Recite me your best poem.” Baby Back said.

“You always ask guys to recite poems for you?”

He wasn’t smiling. There was no humor about him. He had issued a command and expected to be obeyed. His aggressiveness aroused Ben.

He took a breath.

carving out melody as it sways

the room with an ebony haze.

The blues in his sound enchants all my days.

Is he worth my blue soul’s investing?

Carving out melody as he sways,

his desert-brown face captures my gaze.

Carving out melody as he sways,

the horn player drawls me into a daze.

He burns my knees with his rhythmic ways.”

The room was mostly empty now, only the sweet couple left dancing. A few people still drank at the tables. The black man and the tan man on the stage had gone. The sax whispered. Baby Back’s knees pressed Ben’s under the table.

“You can have that poem. If you want it,” Ben said.

Baby Back looked at him, shrewd, suspicious. “Yeah?”

Ben considered a moment. But only a moment. “Yeah. Take it. Please.”

From JAZZ MOON.  Used with permission of Kensington Books. Copyright © 2016 by Joe Okonkwo. 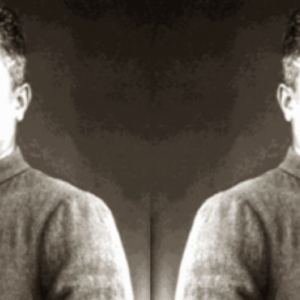