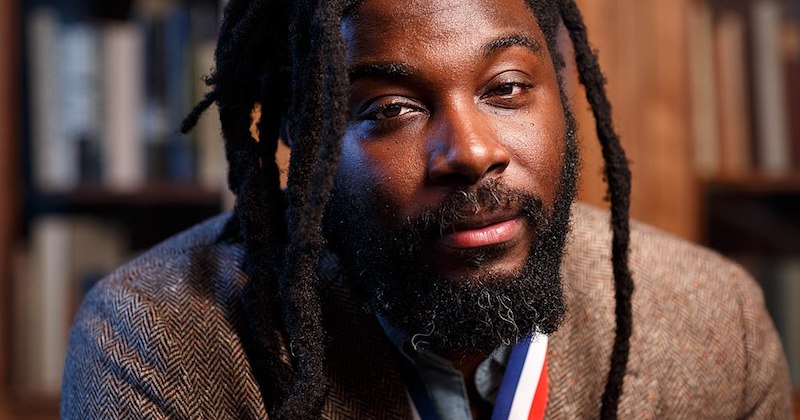 Today, the Library of Congress announced that bestselling author Jason Reynolds will serve as National Ambassador for Young People’s Literature for a third year. Reynolds’s extended appointment is an unprecedented event in the history of the program. The position, which was established in 2008, aims to “raise national awareness of the importance of young people’s literature as it relates to lifelong literacy, education, and the development and betterment of the lives of young people.”

Librarian of Congress Carla Hayden expressed excitement and approval of the decision in a press release: “I am elated Jason will continue on in his role as the National Ambassador for Young People’s Literature. Jason’s GRAB THE MIC platform has proven that connecting with kids on their level empowers real world growth in reading and writing.”

Presented by the Library of Congress, Reynolds’ GRAB THE MIC recently launched a video series that helps young writers spark their creativity and stretch the limits of their imagination.

“If the goal has changed at all, it’s to be even more present in the lives of the young people I’m serving,” Reynolds said in a statement. “More storytelling, more cultural exchange, more creativity, more connection—and this time, in person.” He added, “Like I said at the start of this, this appointment is not an obligation, but an opportunity to put a spotlight on the collective stories of young America, all while encouraging them to hold those stories, and mold them into whatever they want them to be.”

In November and December 2021, the Stamped co-author will officially begin his third virtual tour as National Ambassador.

Last week, Reynolds appeared on NPR’s TED Radio Hour podcast at the Library of Congress National Book Festival. He discussed his third term and reaching children through narratives that allow them to feel understood. Listen to the full interview here.