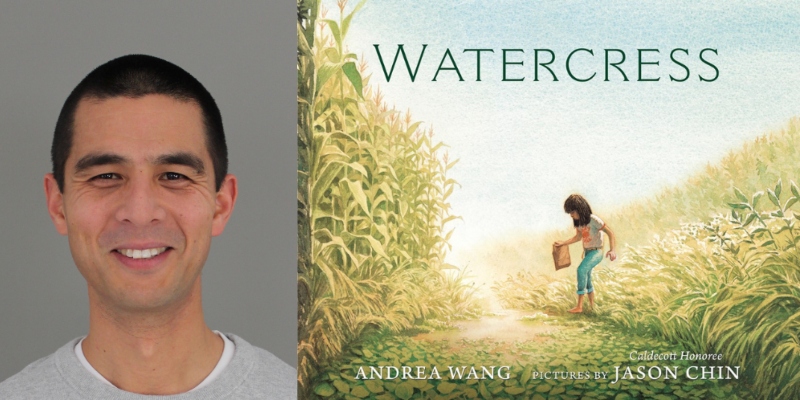 In this episode, Marcy and Jennie talk to Jason Chin, illustrator of Watercress, a 2022 Newbery Honor Book.

Jason Chin: The trip to the Galapagos [for Island] was wonderful because there was a lot of time. It was a long trip. We had all day on one island with maybe two different activities, but there was a lot of downtime, so I was able to sit on the beach and draw iguanas or paint volcanoes from the deck of the ship. So that was another reason why it was one of my favorite trips—there was that time to sit and absorb and observe this place.

Marcy Cornell: I would imagine that even when you’re stuck taking pictures and you don’t have time to sit and draw, probably just having been in the environment is helpful to have the feel of the place.

Jason Chin: Yeah, absolutely. I think of it as when you’re in the place and you get a sense of the space and the light and the atmosphere and so on, you start to develop a relationship with it, an emotional connection. At least I do. Taking photographs is really helpful for capturing details so that you can go back and carefully observe them later. But one of the things that I always try and do while I’m there is pay attention and remember what it feels like, what my emotional connection to it is, because I think that’s an important thing to try and convey in illustrations of the book.

Jason Chin is a celebrated author and illustrator of children’s books. His book Grand Canyon was awarded a Caldecott Honor, a Sibert Honor, and the NCTE Orbis Pictus Award. He is the author and illustrator of Your Place in the Universe, which Kirkus called “A stimulating outing to the furthest reaches of our knowledge,” as well as other acclaimed nonfiction titles—Coral Reefs, Redwoods, Gravity, and Island: A Story of the Galapagos—which have received numerous starred reviews and other accolades. He is also the illustrator of Stephanie Parsley Ledyard’s debut title Pie Is for Sharing and Miranda Paul’s Water is Water and Nine Months: Before a Baby is Born, the latter a Boston Horn Globe Honor Book. He lives in Vermont with his wife and children.

Berlin: Life and Death in the City at the Center of the 20th-Century World 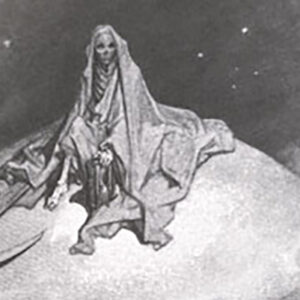 Literary Disco launches a new format with a new "Genre Season." Each episode of this season, we're going to dive deep into...
© LitHub
Back to top