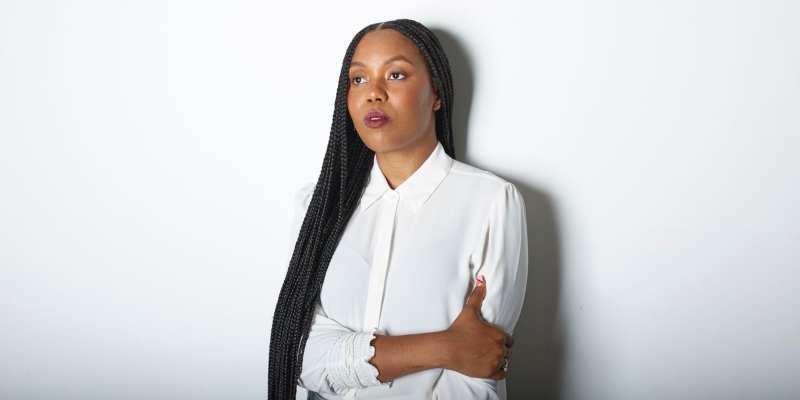 On this week’s episode, Julie and Eve speak to poet artist Jasmine Mans. In a high point for the podcast, Jasmine recites and interprets one of the poems from her new collection, Black Girl, Call Home. When was the last time you let yourself feel the power of poetry and a poet’s voice? Here’s your chance.

Julie: You’re not just a poet, but also a spoken word poet, which is its own art form. Can you tell us about when you were first introduced to spoken word poetry, when you decided you wanted to try it?

Jasmine: Yeah, I have just a strong, competitive edge. And that I think is fostered in my family. My little brother played football; I was just raised in a family that likes to win stuff.

Julie: This is not where I thought you were going to go with this question!

Eve: (joking) And so I became a poet.

And so I was allowed to not just compete and do poetry and slam poetry and performance, but I was also winning scholarship money. If you were able to beat a certain amount of people in poetry, you could afford yourself the ability to go to college. Winning for me meant my opportunity to go to college. And so I was going to beat everybody out, and that became my thing.

Eve: What were your first experiences on stage like? Do you remember any of the earliest poems that you performed? How you felt?

Jasmine: I remember being so wild on stage, like running around the stage, being as loud as I could, not being able to breathe, thinking that if you could just exhaust your whole self that meant you were giving the best performance. I cringe at old videos of myself because I was so young and full of just a lot of energy. And as you—I think—watch the videos progress, you can see that energy being honed and tailored into a different voice, a more mature voice.

Eve: You answered my next question, which was how has your style evolved?

Julie: I’ve seen videos of more recent performances, and I would actually say it’s more of an intense stillness as opposed to sort of frenetic motion. Right?

Jasmine: I think now more than ever I rely on my voice more than my body. I’m allowing myself to experience myself as a voice actress and to experience my own voice. And that’s something that I’m using, almost like—you see musicians and singers; they know the capacities of their voices. They know the emotional undertones, they know how to lure people in with the sound of their voice. And so saying that my voice is instrument and that poem is utility—how do I build the story? And the crafty manipulation of art and form: that’s what I hope is seen in the stillness. Just me using and relying on the instrument, essentially.

Jasmine Mans is a Black American poet artist from Newark, New Jersey. Her debut collection of poetry, Chalk Outlines of Snow Angels, was published in 2012, and her first nationally distributed collection, Black Girl, Call Home, was just published by Penguin on March 9th and was one of Oprah Magazine‘s most anticipated books of 2021. Jasmine caused a stir in 2015 when a video of her performing her poem, “Footnotes for Kanye,” went viral on YouTube. Since then, she’s continued to build a following through her live performances at venues like the Kennedy Center and Broadway’s New Amsterdam Theatre. Jasmine is also the resident poet at the Newark Public Library. 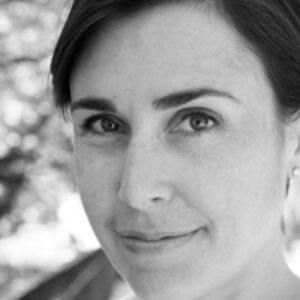 In this episode of Just the Right Book with Roxanne Coady, Janice P. Nimura joins Roxanne to discuss her new book, The Doctors...
© LitHub
Back to top