In this episode of Just the Right Book with Roxanne Coady, Janice P. Nimura joins Roxanne to discuss her new book, The Doctors Blackwell.

Janice P. Nimura: The reason that the Blackwells are all over children’s shelves is that children’s stories are incomplete. They’re sanitized, they’re packaged. The Blackwells, when you get to know them, are not Disney princesses. They are not feminist icons. They are often not in alignment with the women’s movement. They’re often saying things that come across as deeply misogynist. They’re complicated. And they don’t fit into that feminist fable. And I think that’s why they get overlooked, because I think people pick them up and think, oh, I should tell this story—and then they think, oh.

Roxanne Coady: One of my favorite quotes is from not a well-known person from the 18th century; he was a humorist. And he said that as Americans, we love live conformists and dead nonconformists. We like people who challenge the status quo in theory or from a distance. But we don’t really want to deal with their being the one raising their hand at the back of the room and not shutting up. You know, we want them to go away. We just want the changes that they want, and their commitment to them to take hold in some smooth other way. And that’s what I thought of when I thought that we didn’t know these women. And they were in cute and female and flirty and charming—or ingratiating.

Janice P. Nimura: That is the crux of it right there, the likability factor. I mean, my god, we’ve just lived through four years of difficulty because somebody wasn’t likable enough for us. That’s very clear. When I talk with slides, the last slide I always put up—and you can try this at home. If you Google Elizabeth Blackwell and you go to images, you will always find a really attractive sepia photo of a young woman with a curly fringe and a choker, kind of gazing off into the distance.; she looks like she’s looking at her future. And it’s always identified as Elizabeth Blackwell. It is even on the cover of at least one biography. And it’s not her. It’s probably one of her nieces. It’s very clear that it’s not her. I’ve actually hunted down the photo and flipped it over and noticed that it was photographed in a studio that didn’t exist until Elizabeth Blackwell was 65 and not 20, like the woman in the picture. But it’s way we want Elizabeth Blackwell to look.

Roxanne Coady: We want it both ways. We want it all. We want the trailblazer who’s adorable and charming.

Janice P. Nimura: You have to let go of that, when it comes to women especially so.

Janice P. Nimura is the winner of a 2017 Public Scholar award from the National Endowment for the Humanities and the author of Daughters of the Samurai: A Journey from East to West and Back, a New York Times Notable Book. She lives in New York City. 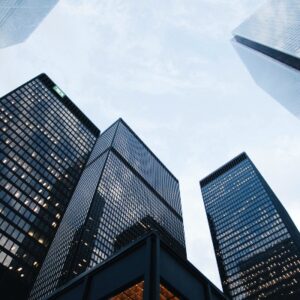