Jarett Kobek is the guest. His new novel, Only Americans Burn in Hell, is available from We Heard You Like Books. This is Kobek’s third time on the program. He first appeared in Episode 399 on February 3, 2016, and in Episode 476 on August 2, 2017.

Kobek is an internationally bestselling Turkish-American writer who lives in California. His work has been translated into nine languages and published in twelve countries. His previous books include ATTA, I Hate the Internet, and Do Every Thing Wrong!: XXXTentacion Against the World.

Brad Listi: When it comes to our news media and the responsibility that should entail to the public, you call yourself FOX News and you have a billion dollars cycling through this corporation and giving it all the trappings of legitimacy, but you’re devoted to driving a political narrative no matter the cost, no matter how much at odds with facts you are. It’s an unscrupulous ruse, but if you try to regulate it you’re told you’re stomping on free speech. What do we do?

Jarett Kobek: I think the solution to this is not worrying so much about the speech itself or the content itself, but worrying about what it means to live in a country where ninety-nine percent of the dialogue is the product of, generously, twenty-five companies. My theory as to why FOX News is so solution is that FOX News is an old-school model It’s basically all comes down to Rupert Murdoch. What Murdoch wants, that happens. There is a kind of … generosity is the wrong word, but there is a generosity for where the content can go. Murdoch is a guy that could hire Roger Ailes, and Roger Ailes is a guy that innately understood what television was like for the people who grew up with television, in the sense that people who could remember a time before television but sat in front of television and watched it changed and changed with it. That’s why FOX News is so good with old people, because it’s a kind of television that they can see but I can’t see. Obviously Ailes has this storied history, like working for Nixon, but ultimately that network was a personal vision of Ailes, right?

The House of SpeakEasy Podcast: The Razor's Edge 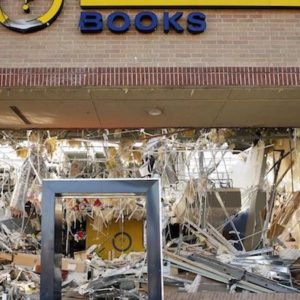