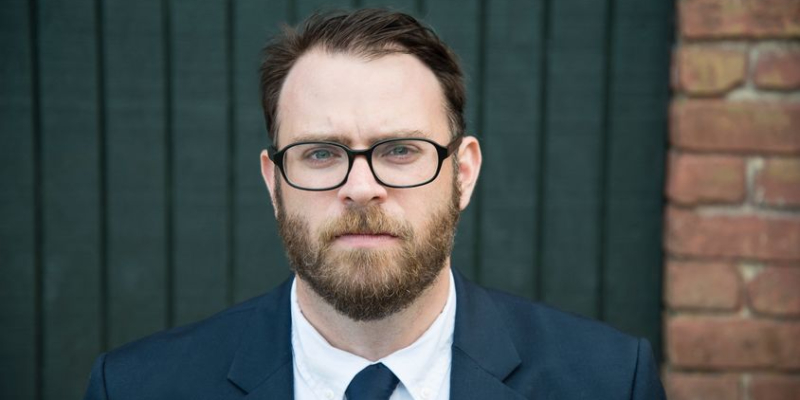 Jared Yates Sexton is the guest. His new book, American Rule: How a Nation Conquered the World But Failed Its People, is available from Dutton.

Jared Yates Sexton: I mean, by trade, I’m a fiction writer. My entire idea and scope was like living in an imagination and trying to figure out how to use my writing to change the world. But in recent years, because I started covering Trump and I started covering politics, I’ve sort of had to reframe how I think about the world. I’ve had to really reconsider everything from how I absorb news to how I absorb information and how I go about life, whether or not I look through an optimistic or a nihilistic mindset. Literally everything in the past four, five years for me has had to change.

Brad Listi: Well, I feel like—and I’ve said this before, maybe in conversation with you, but it’s been in conversations around the Trump presidency in particular—that it’s an incredible story. And it’s a very complex story, and it moves incredibly fast. I think that maybe somebody who is by trade a fiction writer might be unusually well suited to cover it, because you gotta try to put all the pieces together and kind of figure out the plot. That’s what these past four years have largely felt like to me, is trying to figure out what the fuck is going on in real time. It seems like there’s going to eventually have to be like a rise and fall of the Third Reich type history of this era in American politics. Or my joke is the fifty-part Netflix documentary, which feels inevitable, produced by Martin Scorsese or whatever it’s going to be. The prestige fifty-part documentary. But it’ll take that many parts to actually tell the story effectively is my point.

Jared: I think that’s exactly right. I mean, the problem with Donald Trump is everything is superficial, right? Everything is on this level of what helps me, what enriches me, what empowers me. But underneath that tip of the iceberg—I was talking to his niece, Mary Trump, the other day for my podcast. She obviously has released this book that’s all about the family dynamics and Fred Trump Sr., and how his sort of abuse of socialization of Donald Trump led to who he is, and how it’s obviously led to this moment. It’s Shakespearean. It’s a big, giant story.

And it’s not just because of Donald Trump, but Donald Trump is an incredible metaphor for modern 20th-century to 21st-century America. I mean, everything from the myth of the self-made man, even though he inherited millions of dollars—

Jared: Yeah, just millions upon millions of dollars—failed consistently. But the amazing thing was this was a person who understood very, very early on, in a way that not most Americans really did understand, that image and veneer and illusion were the most important things in America. And actually, he cultivated that into a gig playing a successful businessman. He became the living embodiment of a failed businessman but who was seen as a success because America needed a meritocracy. We needed to believe that the rich and the powerful were rich and powerful because they were competent and capable.

And because that story—and by the way, that’s the other thing, it’s such a long story. You have to go back to the beginning of America. You have to go throughout all the movements of power and capitalism and politics, and eventually you get to Donald Trump’s life, and almost then you start to realize that America has started to sort of inverse itself and swallow within itself and become something new and twisted and weird. This moment seems inexplicable because it seems so shallow and on the surface. But what has actually happened in the past few years is a massive indictment of what America has been and what America is.

And so, I completely agree. I think it’s one of the grandest stories that we’ve ever seen, and one of the most disturbing stories as well. And that story, I think, how it gets told and whether it gets told to its completion is going to make the difference to what the future looks like and what kind of a society we end up with. Because if we continue to propagate these mythologies that aren’t real—I mean, that is shown in countries around the world: it always leads to fascism and totalitarianism. It’s when a country is absorbed with those mythologies and they can’t find their way out and determine what is real, and that’s why we’re at this current moment of societal and political crisis.

Jared Yates Sexton is the author of The Man They Wanted Me to Be and The People Are Going to Rise Like the Waters Upon Your Shore. His political writing has appeared in publications including the New York Times, the New Republic, Politico, and Salon.com. Sexton is also the author of three collections of fiction and is an associate professor of creative writing at Georgia Southern University.

Baba Yaga Will Answer Your Questions About Life, Love, and Belonging 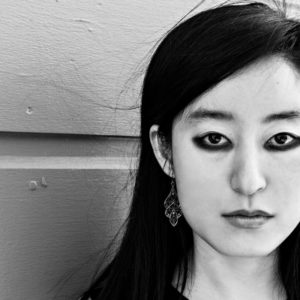