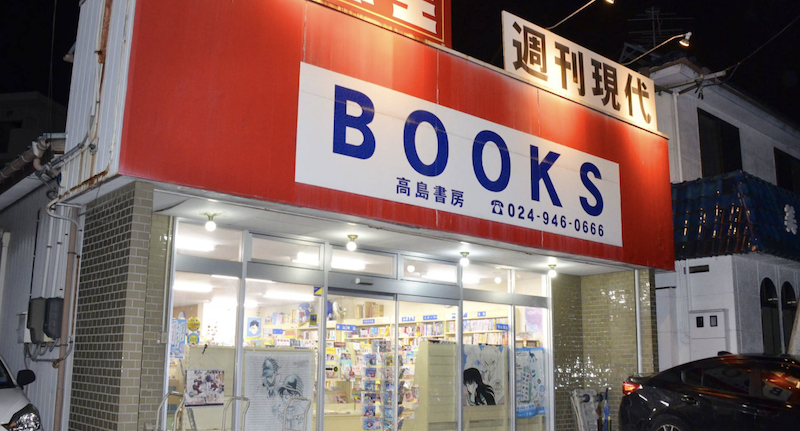 Japanese bookstores are closing at a much faster rate than here in America.

As reported in the Japanese Times (with a headline worthy of Murakami), bookstores have been closing at an alarming rate in Japan over the last decade. According to an industry organization, there are currently 11,952 stores operating in Japan, compared to 16,722 in 2012—a 30 percent drop.

Though it’s hard to find a one-to-one comparison, the health of bookstores in America over a similar time period is definitely better: according to Census.gov, there were approximately 7,000 bookstores in this country in 2012, which dropped to just over 6,000 in 2019; however, the last two years have been good for bookstores in America, particularly of the smaller, independent variety. According to the New York Times, citing data from the American Booksellers Association:

The association now has 2,023 member stores in 2,561 locations, up from 1,689 in early July of 2020. Some of the growth reflects the renewal of memberships by existing stores that put off doing it last year amid the uncertainly caused by the pandemic. But there has also been a sharp and sustained rise in new bookshops, and more than 200 additional stores are preparing to open in the next year or two.

So what accounts for the stark disappearance of Japanese bookstores? Some are attributing the decline to the country’s falling birthrates:

The owner of the only bookstore in a town in another prefecture noted that sales of school textbooks have significantly dropped due to Japan’s declining birthrate. “Honestly, I am on the brink of deciding whether I should go out of business because the number of schools has dropped because of the population shrinkage,” he said.

We’ve long held, here at Lit Hub, that bookstores are about more than mere commerce, and wholeheartedly agree with residents of Tateyama, Japan who—in trying to save the only bookstore in town—told a local official that a “bookstore was essential to make the town lively.”