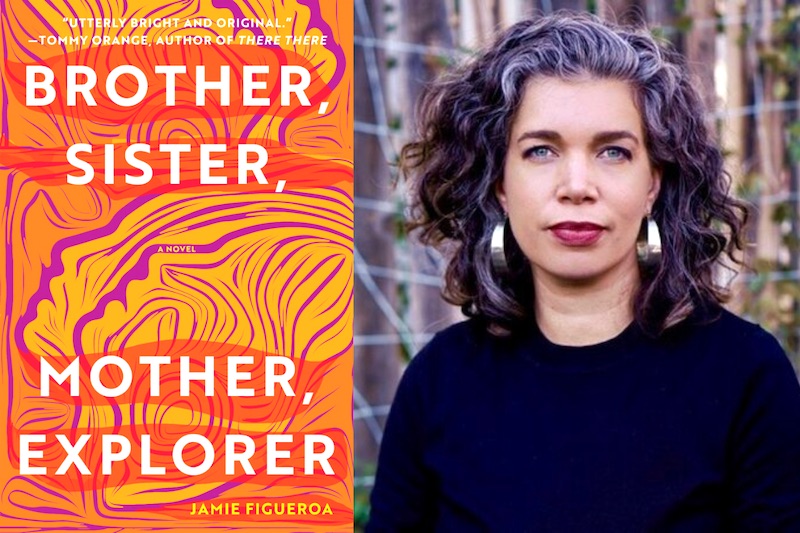 Jamie Figueroa’s polyphonic first novel, Brother, Sister, Mother, Explorer, explores a Northern New Mexico tourist town through the lives of the main characters in the title, a group of exquisitely rendered minor characters, including a bedraggled angel and a group of protective grandmothers, and a wry narrator who speaks directly to the tourists who are mostly oblivious to them all. “In a way,” Figueroa told me during our back and forth, which linked her home in Santa Fe and mine in Sonoma County, “it’s a love letter of sorts, an act of appreciation for this place that took me in and gave me all that I longed for: a community to belong to, a deep connection and resonance with the land, and the reality of being a working writer.”

Jane Ciabattari: How were you drawn into becoming a writer?

Jamie Figueroa: I was a very young poet, arranging my limited vocabulary in the first and second grades on tiny notepads. We moved fairly frequently, mainly sticking to small, rural towns in central Ohio. I was often one of the only (if not the only) children of color and spent a considerable amount of time in the library, in books, where I felt safe and connected. I read and wrote poetry throughout my childhood and adolescence, continued through adulthood. It’s where I go to remember and restore myself and be reminded what language, rhythm, and image can do. Some of my favorite poets at the moment are Jericho Brown, Ada Limón, Chen Chen, Ocean Vuong, Martin Espada, Layli Long Soldier, Natalie Diaz, Natasha Trethewey, Jake Skeets and Major Jackson. I’m always going back to Pablo Neruda and Linda Hogan, and there’s the spectacular Native Nations Norton Anthology, When The Light of The World Was Subdued, Our Songs Came Through, edited by Joy Harjo with help from the exquisite poet, Jennifer Foerster.

JC: Who did you read, at first? Which authors inspire you now?

JF: I began studying with Natalie Goldberg in 2001 and committed to writing as a practice. The influence of Zen Buddhism made for a no nonsense framework. Natalie is known for saying, “Shut up and write.” Which quickly cuts through discursive thoughts and monkey mind. Resistance weakens under the force of a practice. My time as an undergraduate student at the Institute of American Indian Arts was phenomenal, a tremendous B.F.A. program. It included devoted faculty and one-to-one conferences with visiting writers the Lannan Foundation would provide. Incredible world-renowned writers in very small settings speaking about their writing and processes as well as reading and commenting on our work. VONA was an incredible experience as well. Mentors in the MFA program at IAIA were terrific and instrumental in helping me along, specifically Ramona Ausubel and Marie-Helene Bertino. All of these experiences made it possible for me to enter the literary world.

JC: What made you decide to set your first novel in Northern New Mexico, in the world of tourists and “locals,” the fictional Ciudad de Tres Mermanas? What sort of research was involved?

JF: It’s interesting, when I read “research,” I think of the book, Research is Ceremony: Indigenous Research Methods by Shawn Wilson. My research consisted of acknowledging and including my own experience, perspective and authority. As a woman, as BIPOC, my authority is eroded constantly by dominant culture. My research also included the perspectives from marginalized narratives that I wanted to foreground. Having a fictional twin of Santa Fe allowed me to have a respectful distance and honor all of those to whom this place truly and rightfully belongs, those whose creation stories originate here. It also allowed me to include some of San Juan, P.R., the place of my family’s origin, as well. [In a way, it’s a love letter of sorts, an act of appreciation for this place that took me in and gave me all that I longed for: a community to belong to, a deep connection and resonance with the land, and the reality of being a working writer.

I tried to be very careful of the hierarchy of characters. I tried to amplify all life—human and non—in the pages.

JC: The universe of siblings is intimate, sometimes involving rivalry, sometimes protectiveness. How did you make the choice to tie Rafa and Rufina together in the way you did, with the grave choice lingering between them at the opening of the novel?

JF: The novel needed something at stake, immediately. It needed grounding. Having Rufina bet Rafa gave readers something very tangible to track throughout the three days. It also helped to shape the events of the weekend, the desperation, the pressure. It is a simple device of sorts but proved to be weight bearing. It withstands generational trauma and other heavy themes.

JC: Rafa is “a kind of prophet-clown a seer of what has tried so hard to remain unseen. It’s as if he’s entertaining the mother,” you write. “He has learned to keep her attention.” But this lesson has also left him tied to her, unable to set himself free to live on his own. Why is Rufina able to be more independent?

JF: Rufina is able to be more independent precisely because there is more distance between her and the mother. Rafa, so much closer, is almost an extension of the mother. Rufina is loved but not consumed by the mother; this pains her, but it also protects her and ultimately allows her to have her own life.

JC: The Explorer of your title connects with Rosalinda, Rafa and Rufina’s mother at the plaza; he comes home with her family and stays for years, changing everyone forever. Why do you think a man like that seems able to float through life without having consequences for his actions?

JF: That the Explorer does not have consequences for his actions, to me, echoes how and why black and brown women and girls are harmed while their perpetrators evade the law. It is not a priority of our society. Look at all the missing and murdered Indigenous women. That is a scale much graver than what happens to this family, to Rufina, and still we lack answers, we lack justice.

JC: How did you choose the ghostly presences in your novel, and their roles in the lives of Rafa, Rufina, Rosalinda and the Explorer?

JF: The presences are witnesses, guardians at times. I was thinking of folktales and fables. I was also thinking of Donna Haraway’s Anthropocene and Chthulucene, and speciesism.

JC: I’m intrigued by your side characters. The Kid Thief. Lucio. The Grandmothers to All, who “watch and listen with their inner eyes and inner ears.” The bedraggled, fiercely protective angel who follows the siblings. Did you spend as much time working on them as on your major characters?

JF: I did spend a significant amount of time breathing life into these side characters. In a way, I didn’t want the fact that these characters where secondary mean they were less intriguing. I tried to be very careful of the hierarchy of characters. I tried to amplify all life—human and non—in the pages. It was an attempt to rouse the reader from any possible pattern of assumption and inattentiveness.

JC: How have you managed during the COVID time? Have you continued to write?

JF: Writing during COVID has not been the challenge as has being the mom of a toddler. My partner and I work well together and he’s incredibly supportive but we’ve suffered from being so isolated during this time as a family. We’ve been here in Santa Fe… My partner’s family is in Canada, mine in Ohio, but it’s not so much their help we’ve missed. Because of wanting to be as safe as possible, we’ve been what has felt like light years away from beloved friends and chosen family who also live here in Santa Fe. We need our community actively engaged in our daily lives to nourish us and help to raise and love our son. I have continued to write during this time. It reminds me of what I was taught nearly twenty years ago by Natalie Goldberg: “Don’t get tossed away. Make positive effort for the good. Continue under all circumstances.” It feels like muscle memory at this point.

JF: I’m working both on stories about daughterhood and a novel seedling. The novel will no doubt be as strange, poetic and intense as Brother, Sister, Mother, Explorer, and will feature the family at its heart but will be different in many ways. 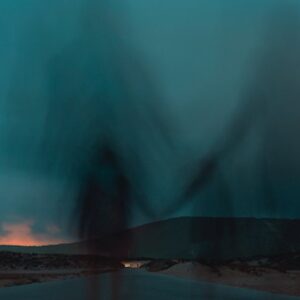