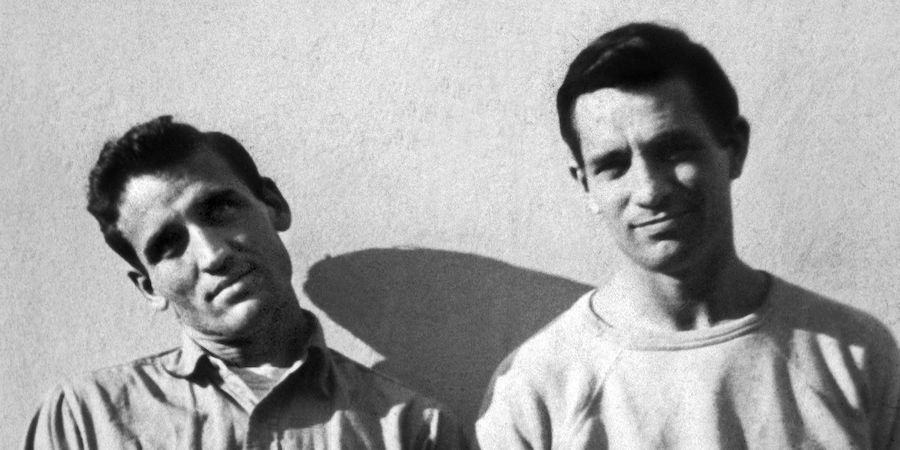 Jack Kerouac fetishized the white working class almost as much as a NY Times reporter.

In February, 1949 a 26-year-old Jack Kerouac found himself stuck in a blizzard in Dickinson, North Dakota. At the time, of course, Kerouac was in the middle of the long, slow cross-country trip that would become his canonical novel, On the Road.

Stuck on a bus in heavy weather, the whole snowy scene left quite an impression on Kerouac. Here’s some of what he wrote in his journal on February 9:

Another eastbound bus was stuck, and many cars. The cause of the congestion was a small panel truck carrying slot machines to Montana. Eager young men with shovels came from the little town of Dickinson, most of them wearing red baseball caps, led by the sheriff, a strong joyous boy of twenty-five or so. Some of the boys were fourteen, even twelve. I thought of their mothers and wives waiting at home with hot coffee, as though the traffic jam in the snow was an emergency touching Dickinson itself. Is this the “isolationist” Middle West? Where in the effete-thinking East would men work for others, for nothing, at midnight in howling, freezing gales?

Minus the self-loathing use of “effete” this reads like the breathless copy of a Beltway pundit once again wringing his hands over the Democratic establishment’s disconnection from hardworking, rural white America (and its implicit moral solidity). This, of course, is horseshit.

It’s also a little strange coming from a working class, first-generation kid like Kerouac, who grew up in the kind of Massachusetts mill town that surely would have given rise to such scenes of selfless, collective work in aid of the common good. (For the record, scenes like this still occur all across America, in big scary cities and tiny little towns, regardless of race! People aren’t as shitty as the worst stories we hear about them.)

Kerouac’s perspective might have something to do with his post-collegiate immersion in a New York arts scene rife with upper- and upper-middle class American kids seeking the transgressive thrill of a bohemian lifestyle (twas ever thus). Kerouac, of course, formed something like a Holy Beatnik Trinity with William Burroughs and Allen Ginsberg, and it’s hard not to hear “effete East” as a sideways indictment of his relatively privileged, very queer friends (Burroughs a scion of midwestern affluence, Ginsberg a product of a middle-class New Jersey upbringing).

Kerouac goes on to write that “I wish that I had been born and raised in Dickinson, North Dakota.” And maybe that’s at the heart of things. So much of Kerouac’s writing is a sad mix of self-loathing and longing—for some other place, to be someone else—and the brief peace he found imagining himself shoveling snow in a high northern blizzard is something he could never quite find, despite how hard he looked.