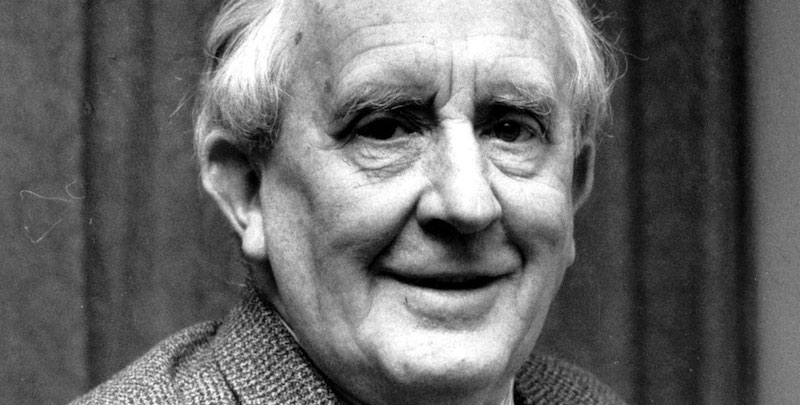 J.R.R. Tolkien loved to pull pranks on his students.

Today marks the 130th birthday of J.R.R. Tolkien, The Hobbit and Lord of the Rings writer, academic, and, as it turns out, prank enthusiast. It makes sense that the mind behind the extensive lore and joyful traditions of Middle-earth would embrace a sense of play in the everyday; but Tolkien took his love of pranks to Improv Everywhere levels of extreme.

A longtime fan of the Marx Brothers, Tolkien was a prankster even in his youth. When Tolkien attended Oxford as a young adult, he had a reputation as a joker: as a freshman, he started a club called the Apolausticks, “those who are devoted to self-indulgence,” and once he and a friend leapt inside an empty bus and drove around picking up other students and making speeches to the crowd that had assembled.

Years later, when he was a don at Oxford, he was known for “dress[ing] up as an Anglo-Saxon warrior with an ax and chas[ing] an astonished neighbour”; this was apparently a stunt he pulled multiple times. He pulled pranks while lecturing as well; apparently he would occasionally pull a four-inch green shoe from his pocket as “proof that leprechauns exist.” (Sending up academia? Is this guy a Brooklyn alt comic in 2016?)

He loved costumes—once he and C.S. Lewis went to a party dressed as polar bears, in sheepskin and whiteface. No, it wasn’t a costume party; he just did this for fun.

And Tolkien’s playful streak persisted through old age: often he handed shopkeepers his false teeth when he was giving them change. This guy!

Wrote Tolkien, “I have a very simple sense of humour, which even my appreciative critics find tiresome.” I wouldn’t call dressing up as an axe-wielding Anglo-Saxon warrior simple—but I can understand how to even an appreciative shopkeeper, the false teeth gag could grow tiresome.