In this episode, Andrew is joined by J. Chester Johnson, the author of Damaged Heritage: The Elaine Race Massacre and a Story of Reconciliation, to discuss a deliberately erased chapter in American history, as well as to offer a blueprint for how our pluralistic society can at last acknowledge—and deal with—damaged heritage.

J. Chester Johnson is a poet, essayist, and translator. His writings have been published domestically and abroad and translated into several languages. Johnson, whose work has been praised by leading writers and critics over a few decades, has authored numerous volumes of poetry, including St. Paul’s Chapel & Selected Shorter Poems, second edition (published in 2010 by St. Johann Press); the collection’s signature poem remains the memento card for the multitude of visitors to the chapel that survived the 9/11 terrorists’ attacks at Ground Zero (more than a million poem cards have been distributed). As The New York Times noted, “‘St. Paul’s Chapel’ has been used for the church’s memento card for more than 10 years.” American Book Review regarded the poem this way, “Johnson’s ‘St. Paul’s Chapel’ is one of the most widely distributed, lauded, and translated poems of the current century.” The well-known poet, Major Jackson, said of the volume, St. Paul’s Chapel & Selected Shorter Poems, “Undoubtedly, this is a work headed for literary permanence.” 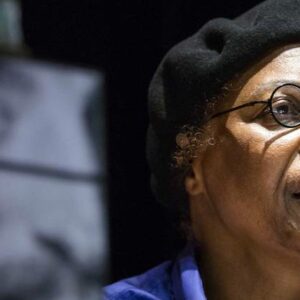