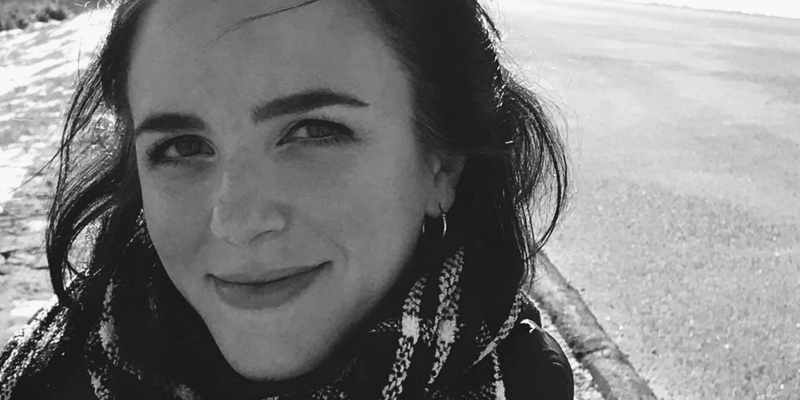 Ashley Hutson, author of Christopher’s favorite novel of 2022, One’s Company, drops into the Damn Library to discuss the joy of writing a novel based on a favorite sitcom, writing a novel chronologically and then interweaving it, and how publishing a novel is quite different than the dream of publishing a novel. Plus, she brings along Lindsay Hill’s Sea of Hooks, which leads into a robust recommendation section of a few extremely sad and difficult books.

Ashley:  The Empire of Dirt by Francesca Manfredi

Ashley: What the Living Do by Marie Howe •  Black Aperture by Matt Rass  • Comemadre by Roque Larraquy  • Voices from Chernobyl by Svetlana Alexievich  • Human Acts by Han Kang  • The Laws of the Skies by Gregoire Courtois  • Hogg by Samuel Delany

Christopher: Okay, let’s talk Three’s Company. I admit that I had cut random episodes in my youth, but then when I saw your book was coming out, I got extremely excited about the plot and decided I need to sit down and watch me some Three’s Company. I watched five or six episodes from season one and then got really into season two and three, and then decided I should just read the book. But I’m totally a fan. I’m converted. Is this actually a fandom of yours? Is it a fandom of Bonnie’s? I would love to know more about putting a sitcom so thoroughly front and center in a novel.

Ashley: Well, to be perfectly honest, I’m a huge fan of Three’s Company and writing this book, I never imagined anyone would want to read it. I mean, can you imagine pitching this idea to anybody? I mean, what was I thinking? But it was fun writing it and I think that came through. I just love the idea. I’ve always loved the idea of rebuilding the set of the show and and treating it like my apartment. I’ve met other fans of Three’s Company on the Internet, and there was a guy up in Canada and he is a collector. Even he has part of the kitchen counter from the set. So it’s just that idea was always really exciting and honestly writing the second half of the novel was, I don’t want to say the reason I wrote it, but I mean, like, why be coy about it? I mean, obviously I’m a fan of the show, so yeah, sometimes you just want to have fun as a writer and just lean into the obsession. So that’s what I did.

Christopher: One of the parts that I really loved was when she’s starting to put together the rooms and is either having the realization or just knowing that this was coming, that she would have to figure out the parts that you don’t see.

Christopher: The part where the cameras would be.

Ashley: Yeah. And that was something that I sort of had that realization as I was writing it because I was thinking, well, what is on that fourth wall? Nobody knows. And then I felt like that was an opportunity for, you know, exploring the whole concept of, can we disappear? Can we transcend our reality?

Christopher: Something that puzzled me until you started really getting into it, where she said that she was going to spend time as each of the characters, the living as that character. And I didn’t know how you were going to accomplish that on the page, because it seems like a very visual thing, like you would be trying to walk like them or dress like them. But becoming them ended up working so well. Was that a particular challenge?

Ashley: Obviously I thought way too much about this. I mean, it’s kind of embarrassing to admit the depth of my obsession there for a while. Now I’m on medication and it’s sort of toned down the the obsessive compulsion with that. I think just speaking personally, I mean, the reason I like the show so much is because it came into my life at a time that was tough for me. I felt very isolated at the time. I felt very alone. And here was this show. And it felt like, as pathetic as it sounds, it felt like a second family, almost. I felt like I couldn’t reach out to the people around me, so I sort of disappeared myself into the show. So, yes, I spent a lot of time thinking about what is Janet Wood’s life like at the arcade floor? And I’ve always been really fascinated by those small domestic details in books. Have you ever heard of Nicholson Baker? I think he wrote the The Mezzanine, and it’s like he stretches out an hour over this entire book. That’s just so cool to me to glorify these very small, everyday details that I mean, in waking life, we don’t really think about them, but when they’re frozen in a TV show or in a piece of fiction or in a photograph, there’s something that’s crystallized about that moment, that point in time that you can sort of project onto and into. So that’s kind of what I ended up doing as far as imagining what it was like living as the characters. That was a really exciting prospect to me to have that happen.

Christopher: It reads joyfully, definitely. It’s also some of the funniest stuff in the book.

Do the Oscars Have a Future in an Age of Superhero Sequels and Prequels? 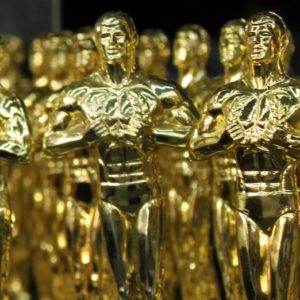 Do the Oscars Have a Future in an Age of Superhero Sequels and Prequels?