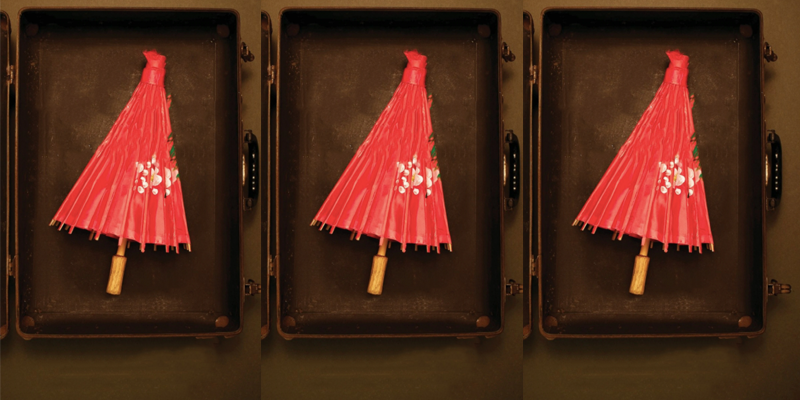 It’s always a good time to read Julie Otsuka’s underrated novel The Buddha in the Attic.

Julie Otsuka’s The Buddha In the Attic is the only book by an Asian-American writer that I was assigned in all four years of college. (Ahem, professors, diversify and decolonize your curriculums!) Since it’s AAPI Month, I’ve been thinking about that a lot.

But I’ve also been thinking about this novel a lot, in general, because it’s brilliant. And it doesn’t need to be tokenized or pigeonholed as a great Asian-American story to be important. It’s always a good time to read The Buddha In the Attic. I find myself recommending it to everyone I know (why don’t more people know about this book??), and now, dear reader, I am recommending it to you.

Julie Otsuka’s groundbreaking (and PEN/Faulkner Award-winning) The Buddha In the Attic begins:

“On the boat we were mostly virgins. We had long black hair and flat wide feet and we were not very tall. Some of us had eaten nothing but rice gruel as young girls and had slightly bowed legs, and some of us were fourteen years old and were still young girls ourselves.”

Actually, it’s even better when you hear her read it out loud. Here she is, at the National Book Award finalist reading:

This is how we are introduced to our narrators, a group of Japanese “picture brides.” We follow them as they immigrate to California. We watch helplessly as they meet the husbands they were promised to, as they attempt to assimilate to America and raise children across a cultural divide. The collective first person narration matches the subject matter beautifully; it mimics the immigrant experience, the way “others” are often seen as the same and the automatic camaraderie and safety we might find among those who share our stories. Slipping out of the shared “we” and “most of us” and “some of us,” Julie Otsuka creates a dizzying dislocation, a confusion of identity that serves the story well: “…unable to remember our own names, not to mention those of our new husbands. Remind me one more time, I’m Mrs. Who?”

Her timing is impeccable. Just when you start to grow weary of the collective voice, for just a sentence or two, she’ll give us an intimate detail, an individual life, to hold onto, and it always catches you off guard when she does, like a rule broken: “The youngest of us was twelve, and from the eastern shore of Lake Biwa, and had not yet begun to bleed.” The specificity is heartbreaking. It’s rare that a book meshes style and subject so brilliantly. (In college, the class I was asked to read this for was called Masters of Style. We had to examine the word choice, the dialogue, the punctuation—every little aspect of the writer’s decisions. On a technical level, we were made to understand how Julie Otsuka put words on a page, but I don’t think any class could teach the musicality and magic in her work.)

The most shattering bit comes at the end (SPOILER ALERT!)—when there is a sudden shift in the narrative. The “we” abruptly becomes the white Americans who are left to tell the story, after their Japanese neighbors are sent to internment camps. This novel is “show, don’t tell” embodied. It’s chilling, and terribly accurate, the way the characters we’d been following were robbed of their voices in this story. It’ll have you speechless, too.