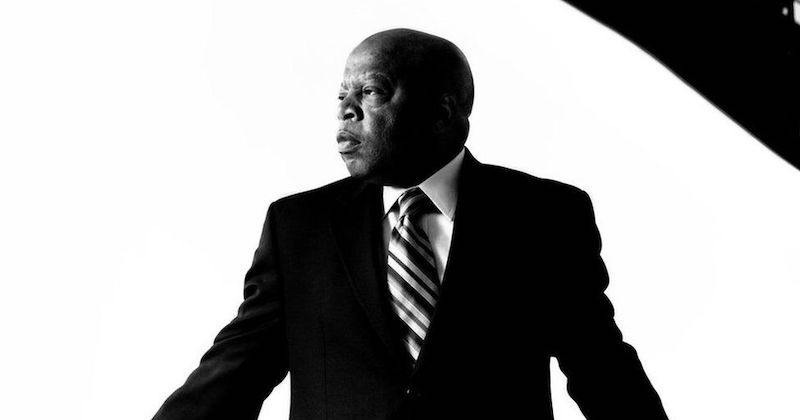 In case you forgot: in 2016, legendary civil rights leader and Congressman John Lewis won the National Book Award for Young People’s Literature, along with co-writer Andrew Aydin and artist Nate Powell, for his graphic novel March: Book Three, the third volume in his trilogy about his experiences during the Civil Rights Movement. (The first in the trilogy, not for nothing, made Lewis the first member of Congress to publish a graphic novel.) Lewis’s brief remarks after winning the award are quite moving:

This is unreal. This is unbelievable. As some of you know, I grew up in rural Alabama, very very poor, very few books in our home. And I remember in 1956, when I was sixteen years old, some of my brothers and sisters and cousins going down to the public library and trying to get library cards, and we were told that the library was for whites only…. And to come here, and to receive this award, this honor . . . it’s too much. Thank you. . . .But I had a wonderful teacher in elementary school who told me, “Read, my child, read.” And I tried to read everything. I love books.

Of the book, the National Book Award judges wrote:

An epic historical memoir, the third volume of the graphic novel series March creates a visceral and immediate experience of history from the bombing of the 16th Street Baptist Church to the signing of the 1965 Voting Rights Act. The work is powerful, not only for its extraordinary storytelling and visuals, but for its chilling timeliness. March: Book Three reminds us how far we have come, and how far we still have to go.

We were lucky to have him.