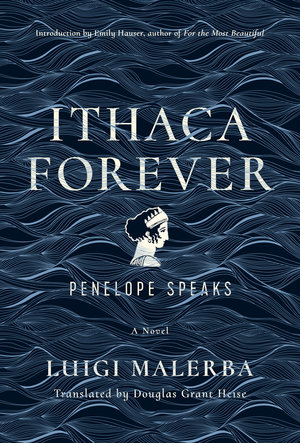 The following is excerpted from Luigi Malerba's novel Ithaca Forever translated by Douglas Grant Heise. Malerba (1927–2008) was a major 20th century Italian novelist, screenwriter, and short story writer, and prominent member of the Italian avant-garde movement, Gruppo 63. He was awarded the inaugural Prix Médicis étranger (1970) and the Premio Grinzane Cavour (1988). Heise is a literary translator and recipient of the 2017 PEN Grant for the English Translation of Italian Literature award.

Every morning Eumaios brings two pots of boiled turnips mixed with the residue from the olive press to the sows who are suckling their piglets. He brought me to see a sow that cannot suckle all 13 piglets that she had just given birth to, because she only has 12 teats. The twelve little pigs, each of which has laid claim to its own teat, will allow no one else to suck milk from their mother. The 13th, left out, is being fed by Eumaios with goat’s milk until he is able to eat by himself.

“Thirteen is a bad number and I don’t know if we will be able to save him,” said Eumaios, who believes in the magic of numbers.

“In that case, let me tell you that on the island of the Phaeacians there reign 13 kings and the 13th, Alcinous, is the richest and most powerful of them all. And when Odysseus was shipwrecked off the coast of the Phaeacian island, his 12 sailors were swallowed by the waves and he, the 13th, was saved.”

Eumaios looked at me suspiciously.

“How do you know these things about Odysseus? You certainly couldn’t have spoken about his shipwreck while under the walls of Troy.”

“Merchants ply the seas and land in ports. They are the ones who bring the news.”

I accompanied the herdsman from the sows’ pen to that of the other pigs, which he released and led, along with Galatea, to forage in the oak woods. I saw that he would have been disappointed if I had not joined them. The herdsman explained that twice a year, in spring and fall, he has to clear the underwood of brambles so that the pigs can feed more easily on the acorns that fall from the oak and beech trees. In addition to Galatea, he has two boys who work for him in the glades, collecting chests of acorns that will be stored for winter.

The pigs grunted contentedly as they rooted through the dry leaves, then lifted their heads to chew the acorns found on the ground.

Every time he takes the animals to pasture, Eumaios brings a bow and a quiver of arrows to hunt wild rabbits.

“When I bring the animals down to the Suitors, all they leave me is the head, and sometimes only the ears and tail. And so I try to catch some wild rabbits, which Galatea roasts on a spit or stews in wine for me.”

At one point, while we were walking through a clearing, I saw a flock of wild ducks coming. I quickly grabbed the bow from Eumaios’ hands, and when the ducks were overhead, I let an arrow fly. With a single shot, I brought down a good-sized duck, which I gathered and handed over to Galatea.

Eumaios was speechless for the speed and accuracy of my shot, and he stared with wide eyes of amazement.

“Never seen anyone shoot so well,” he said.

“I started practicing archery when I was a boy, and I obviously got a lot of practice during the Trojan War,” I told him.

“I’m not bad with a bow myself, but I’ve never hit a flying duck. Only Odysseus could do that.”

I’ll have to be more careful, otherwise Eumaios will become suspicious. I handed over the bow and arrows, and we continued walking in the burning sun, past a small garden where Eumaios was growing turnips.

“Those turnips are also for the winter. They’re good for the pigs, but when they are roasted over embers and seasoned with the oil that this island so abundantly produces and a pinch of salt, they’re good for men too.”

We got home at sunset, passing by a spring where the pigs sated their thirst. Eumaios washed the wheels of the cart that he uses to bring the pigs into town, then we went inside, sat down in front of the fire, and ate barley soup cooked by Galatea, then the duck, roasted with watercress, veronica, and seaweed on a spit, along with small flatbreads cooked on a hot stone. And we washed our dinner down with a glass of red wine, flavored with resin.

The war in Troy has been over for ten years now.

After dinner, I listened patiently as the good herdsman told me about his life, his early days with his father, a lord from the island of Syros, about his abduction by a band of Phoenician marauders, and of his being sold to Laertes, the king of Ithaca, which has since become his beloved homeland. Landed in Ithaca, his story carried on until late, when sleep made our eyelids heavy and our heads droop.

Out of the many words I heard between wakefulness and sleep, I learned that Telemachus, trying to uncover news about me, faced the dangers of a long sea voyage, arriving in Pylos in Messenia to ask the elderly Nestor for news, and then in Sparta, where Menelaus lived with Helen, reinstated to her conjugal bed after the fall of Troy.

Eumaios was told by a traveling merchant that Telemachus left Sparta two weeks ago and should have returned by now. He looked worried, though, about his arrival because he fears the Suitors have set some sort of trap.

I have thus arrived in Ithaca in time to watch over my son’s fate. I decided that I will go into town as soon as possible, dressed once again as a beggar, so as to keep Telemachus from being betrayed by the Suitors in an ambush. They can hardly bear the presence of Odysseus’s son, his legitimate heir, on the island.

“Of course,” Eumaios said, “it is a real stroke of bad luck that Odysseus is far from Ithaca in a moment of danger. He has either been shipwrecked by a storm or become an adventurer, because the war in Troy has been over for ten years now. I’ve heard that some soldiers, rather than return home, have turned to the life of outlaws.”

“Is that what you think of your king?”

“What are you saying? I was talking about soldiers who don’t want to go back to their wives. Odysseus is a king and has a beautiful and honest wife whom he loved.”

He sat in silence, then offered a private reflection.

“There are men, though, that are born for war,” I said. “Achilles, Agamemnon, Hector, Ajax were heroes with a sword and spear, and Odysseus was no less; I remember that he handled his weapons no less adroitly than them, but he was different. Odysseus was a man of stratagems, and he told everyone who would listen that future wars would not be won by brute force but by strategy and cunning above all. He even said that the age of the sword and spear was finished, and that an age of numbers and words was coming.”

Eumaios looked at me, his face showing confusion.

“What did he mean? Before leaving Ithaca, Odysseus was a champion archer, but I don’t know if he philosophized about numbers and words. It is true that he enjoyed telling stories, and he always found the right words to make people listen.”

“Under the walls of Troy, everyone stopped to listen to his tales,” I said.

“The legend of his deeds has traveled all the way to Ithaca, and everyone says that Troy fell when that wooden horse with its belly full of soldiers invented by Odysseus entered within the walls. But what does all of this matter if first the war and then the return voyage have kept him far from Penelope and his son Telemachus, who are now in grave danger?”

“So you have heard news about a plot against Telemachus?”

“The herald Medon fears that terrible things will happen when Telemachus reappears in the palace after his trip to Sparta. Telemachus is very young and will do something careless. All of our troubles began with that pointless war that took our king from Ithaca and put the island’s sovereignty at risk. What did we care if they had stolen Menelaus’ wife? Stolen? Rumors say that Helen ran off willingly with Paris. And Menelaus decided to drag all of the Achaeans into a war over a bedroom affair.”

“In fact, only Agamemnon, king of the Mycenaeans and brother of Menelaus, immediately accepted the invitation to go off to war. The other Achaeans had no intention of getting their ships and men involved in such a distant war.”

“Even Odysseus did what he could, using words and tricks, to avoid going, but Troy must have been written in his destiny.”

“Not even Achilles, the heroic Achilles, wanted to leave for Troy,” I said. “His parents had sent him to Skyros in the court of King Lycomedes, where he disguised himself as a woman. It was Odysseus himself, once he had joined up with the other Achaeans, who discovered the trick and exposed him. He presented himself at Lycomedes’s court disguised as a merchant and showed his goods to the women, sliding weapons in amid the jewels, fabric, and silk ribbons. Young Achilles immediately showed his interest in the weapons, ignoring all the rest, whereupon everyone understood who he was. Dropping the disguise, he was easily convinced by Odysseus to sail with the others. This story was whispered under the walls of Troy, but Achilles never said a single word about it to anyone, and no one dared speak about it with him.”

“Maybe it’s an undignified story for a hero,” Eumaios said, “but I think Achilles was a hundred times right to hide himself, since he lost his life in Troy.”

Can the Truth Win Out in the Marketplace of Ideas? 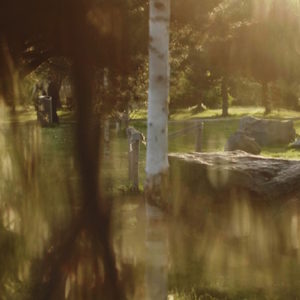 “Letter from Georgia O’Keeffe to Alfred Stieglitz on Seeing His Photograph of Her Hands” Be calm, Alfred. No, I am a plain woman. I rinse dishes, pull weeds, and unleash the dogs on dirt trails. I sleep in a narrow...
© LitHub
Back to top