It Would Be Night in Caracas 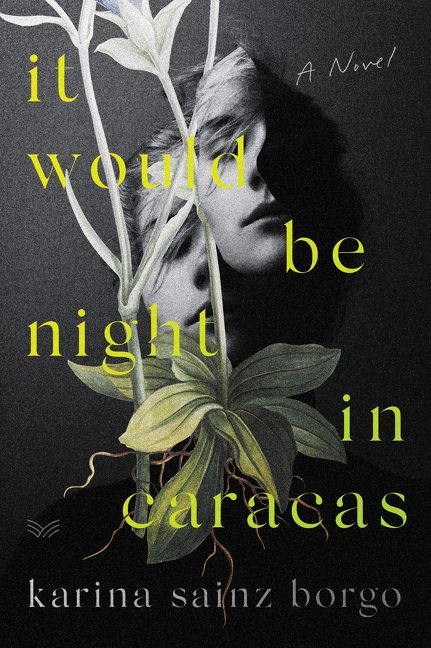 The following is from Karina Sainz Borgo's novel, translated by Elizabeth Bryer. Karina Sainz Borgo was born and raised in Caracas. She began her career in Venezuela as a journalist for El Nacional. Since immigrating to Spain ten years ago, she has written for Vozpópuli and collaborates with the literary magazine Zenda. She has written the nonfiction books, Tráfico y Guaire and Caracas Hip-Hop. Elizabeth Bryer is a writer and translator whose debut novel, From Here On, Monsters is out with Picador.

We buried my mother with her things: her blue dress, her black flats, and her multifocals. We couldn’t say goodbye in any other way, couldn’t take those things from her. It would have been like returning her to the earth incomplete. We buried it all, because after her death we were left with nothing. Not even each other. That day we were struck down with exhaustion. She in her wooden box; I on a chair in the dilapidated chapel, the only one available of the five or six I tried for the wake. I could hire it for only three hours. Instead of funeral parlors, the city now had furnaces. People went in and out like loaves of bread, which were in short supply on the shelves but rained down in our memory whenever hunger overcame us.

If I still say “we” when I talk about that day it’s out of habit, for the years welded us together like two parts of a sword we could use to defend each other. Writing out the inscription for her headstone, I understood that death takes place in language first, in that act of wrenching subjects from the present and planting them in the past. Completed actions. Things that had a beginning and an end, in a time that’s gone forever. What was but would never be again. That was the way things were now: from then on, my mother would exist only if worded differently. Burying her meant my life as a childless daughter came to an end. In a city in its death throes, we had lost everything, even words conjugated in the present.

Six people attended my mother’s wake. Ana was the first. She arrived dragging her feet. Julio, her husband, was supporting her by the arm. Ana seemed to be moving through a dark tunnel that disgorged her into the world where the rest of us lived. For months, she had been undergoing treatment with benzodiazepine. Its effects were starting to evaporate. Barely enough pills were left to complete her daily dose.  As had happened with the bread, there were Alprazolam shortages, which meant despair prevailed, as potent as our desperation. We could only watch as everything we needed vanished: people, places, friends, recollections, food, serenity, peace, sanity. “Lose” became a leveling verb, and the Sons of the Revolution wielded it against us.

Ana and I met in the Department of Humanities. Since then, Ana’s life and my own were in sync when it came to going through private hells. This time was no exception. When my mother went into the palliative care facility, the Sons of the Revolution arrested Santiago, Ana’s brother. Dozens of students were apprehended that day. They ended up with their backs red raw from the pellets, bludgeoned in a corner, or raped with the barrel of a gun. Santiago got the La Tumba treatment—a combination of all three.

He spent more than a month inside the prison, which extended five floors belowground. Sounds were muffled and there were no windows, no natural light, and no ventilation. The only noises were the screech and clatter of the metro rails above. Santiago was locked inside one of the seven cells. They were aligned one behind the other, so he couldn’t see who else was detained. Each cell measured two by three meters. The floor and walls were white. So were the beds and the bars through which his jailers pushed trays of food. It never came with cutlery; if he wanted to eat, he had to do so with his hands.

For several weeks there had been no word from him. Ana wasn’t even getting the calls she paid periodic sums of money for any longer, or the faulty proof of life she received previously in the form of photos sent from a different phone number each time.

Then one of the twins, sometimes Clara and sometimes Amelia, would turn in her rattan chair and, growling, would say the magic words: the Dead One.

We don’t know if he’s alive or dead. “We’ve had no news,” Julio said in a low voice, moving away from the chair where Ana spent 30 minutes staring at her feet. The whole time, she only raised her head to ask three questions.

“What time will Adelaida be buried?”

“In La Guarita cemetery, the old part. My mother bought a plot a long time ago. It has a nice view.”

“Okay . . .” Ana seemed to be making an effort, as if processing my words were a titanic task. “Do you want to stay with us today, until the worst of it is over?”

“I’m leaving for Ocumare early tomorrow to go see my aunts. I’ve got to give them a few things,” I lied. “But thank you. This is a difficult time for you too, I know.”

“Okay.” Ana gave me a kiss on the cheek and left. Who wants to attend a funeral when you can sense your own brother’s fast approaching?

Next to arrive were María Jesús and Florencia, retired teachers my mother had kept in touch with over the years. They expressed their condolences and left quickly, conscious that nothing they could say or do would make up for the death of a woman too young to be taken from us. They left at a clip, as if trying to get a head start on the reaper, before he came for them too. Not a single wreath of flowers arrived at the funeral parlor except my own, an arrangement of white carnations that barely covered the upper half of the casket.

My mother’s two sisters, my twin aunts Amelia and Clara, weren’t present either. One was rotund, and the other was painfully thin. One ate without stopping, while all the other had for breakfast was a small portion of black beans, while she sucked on a roll-your-own cigarette. They lived in Ocumare de la Costa, a town in the state of Aragua, near Bahía de Cata and Choroní. A place where azure waters lapped at white sand, cut off from Caracas by crumbling roads that were becoming impassable.

At 80 years of age, my aunts had made at most a single trip to Caracas. They didn’t leave their sleepy backwater even to attend my mother’s graduation, and she’d been the first university graduate in the Falcón family. She looked stunning in the photos, standing in the Aula Magna of the Central University of Venezuela: heavy makeup around her eyes, her teased hair squashed flat beneath the mortarboard, the certificate in her rigid hands, and a smile that looked lonely, like she was quietly furious. My mother kept that photograph alongside her Bachelor of Education academic transcript and the notice that my aunts had placed in El Aragüeño, the regional newspaper, so that everyone would know that the Falcóns now had a professional in the family. We didn’t see my aunts often, only once or twice a year.

Family meant the two of us, my mother and me.

We traveled to the small town where they lived in July and August, sometimes during Carnaval or Semana Santa. We would give them a hand with the guesthouse and help lighten their financial load. My mother always left them a little money, pestering them while she was at it: one to stop eating, the other to eat. They lavished us with breakfasts that turned my stomach: shredded beef, crispy pork rind, tomato, avocado, and guarapo, a beverage made of cinnamon and unrefined sugar strained through a cloth. They often followed me around the house brandishing the brew, which more than a few times made me faint; I would regain consciousness to the sounds of their fussing.

“Adelaida, if our mother saw this girl of yours, puny as she is and with no meat on her bones, she’d dish her up three arepas smothered in lard,” my aunt Amelia, the rotund one, would say. “What do you do to the poor creature? She’s no bigger than a fried herring. Wait here, m’hija. I’ll be right back Don’t you move a muscle, muchachita!”

“Leave the girl in peace, Amelia. Just because you’re hungry all the time doesn’t mean everyone else is,” my aunt Clara would sing out from the patio, keeping an eye on her mango trees and smoking a cigarette.

“Aunt Clara, what are you doing out there? Come inside, we’re about to eat.”

“Hold on, I want to make sure those scoundrels from next door don’t come knock down any of my mangoes with a rod. The other day they took three bags’ worth.”

“Here you go, eat only one if you want but there are three more,” said my aunt Amelia, back from the kitchen, with a plate of fried bollos stuffed with pork picadillo. “Come on, eat up, m’hija, it’s getting cold!”

After doing the washing up, the three women would sit on the patio to play bingo amid the clouds of mosquitoes that descended at six in the evening, the same time every day. We always scared them off with the smoke that rose from the dry brushwood once it caught alight. We would make a bonfire and would draw together to watch it burn beneath the day’s dying sun. Then one of the twins, sometimes Clara and sometimes Amelia, would turn in her rattan chair and, growling, would say the magic words: the Dead One.

That was how they referred to my father, an engineering student whose plans to marry my mother were wiped from his mind when she told him she was expecting. Judging by the anger my aunts radiated, anyone would say they’d been left in the lurch too. They mentioned him much more than my mother did; I never heard her speak his name. No word came from him after he left, or so my mother told me. It seemed a good enough incentive not to be fazed by his absence. If he didn’t want to hear from us, then why should we expect anything from him?

I never understood our family to be a large one. Family meant the two of us, my mother and me. Our family tree started and ended with us. Together we formed a junco, a plant capable of growing anywhere. We were small and veiny, almost ribbed, perhaps so it wouldn’t hurt if a piece of us was wrenched off, or even if we were pulled out by the roots. We were made to endure. Our world was sustained by the two of us keeping it in balance. Everything outside our family of two was the exception: supplementary, and for that reason expendable. We weren’t waiting on anyone; we had each other and that was enough.

Behind the Mic: On Red at the Bone by Jacqueline Woodson, Read by the Author and Others 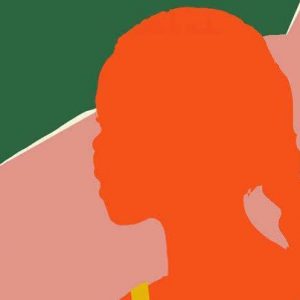 Behind the Mic: On Red at the Bone by Jacqueline Woodson, Read by the Author and Others Every Monday through Friday, AudioFile’s editors recommend the best in audiobook listening. We keep our daily episodes...
© LitHub
Back to top